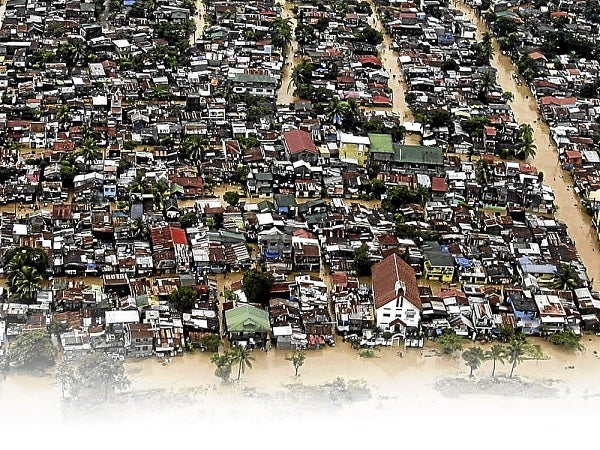 IT USED to be that weather disturbances like “Ondoy” and the southwest monsoon like that generated by an exiting Tropical Storm “Gener” were once-in-a-lifetime phenomena. But as this planet seems to plunge inevitably toward climate change, extreme weather conditions now happen more frequently and more intensely. Anything that stands becomes vulnerable, much more man-made structures.

Enrique M. Soriano III, Ateneo program director for real estate and senior adviser for Wong+Bernstein Business Advisory, cautioned developers on the magnitude of these meteorological phenomena, adding that “the government must use its regulatory, and when necessary, its police powers to compel local government units (LGUs) to comply with the integrated land use plan.” He added that “effectively, criminally prosecute and apply the full force of the law to violators (local officials and property developers).”

Earlier, Soriano pointed out that the government and stakeholders were still holding on to obsolete development patterns, some even dating back to the end of World War II.

Veteran real estate broker and educator Enrico Cruz of Marikina told Inquirer Property the urgent need for government and developers to restudy drainage, foliage and topography. He urged authorities to study the environment more closely, especially the mountains. “There are less trees because of logging, legal or illegal, subdivision developments, and mining.”

Julius Guevara, associate director, valuation and advisory services and head of consultancy and research of Colliers International, explained that “green roofs” basically rooftops that grow gardens, have been a proven strategy that can help minimize the “heat island” effect, cool down a building while also controlling storm waters onsite. However, these have been known to be costly to implement. White roofs could be a cheaper alternative. Having a light-colored roof with the proper reflectivity can minimize the structure’s absorption of heat.

“Mass transit systems also need to be improved in the country. There are a lot of alternatives that improve the transportation options, while also reducing the environmental impact,” said Guevara.

He added that the improvement and expansion of the Light Rail Transit (LRT) systems should be a priority; Bus Rapid Transit (BRT) systems should also be explored in areas that can sustain them. If the government could provide safe, convenient and accessible modes of transportation that could convince traditional automobile users to switch to public transportation, then the effect on the environment would be substantial, not to mention the improvement in the traffic situation, especially in urban centers.

Guevara explained that “urban sprawl is defined as the encroachment of human activity into areas that were previously undeveloped or at most used as agricultural land.

“Besides having an impact on the natural environment, this type of development is costly in a sense that utilities and infrastructure would have to be extended outwards rather than concentrated near the city center. So imagine laying more pipe just to reach a few houses in the outskirts of the city.”

Guevara added that urban sprawls have been of greater concern in suburban America than in the Philippines; Americans have actually been espousing a return to the city to build more densified development than spreading suburbia farther out. Concepts such as “smart growth” and “new urbanism” champion the idea that more people in a certain area sharing the same public infrastructure is better for the environment, since it disturbs less undeveloped land.

“In the Philippines, further urbanization is inevitable due to a growing population, so public services and infrastructure should be managed better. In a way, building high rises makes more sense, as long as the infrastructure supporting these developments are in place. And if one thinks about it, having 300 condominium units stacked in a land area of 2,000 sq m would have less of an environmental impact than 300 homes with a lot area of 80 sq m each in a horizontal development. Just consider the amount of pervious surfaces of both types of developments. Again, it all boils down to proper urban design and planning, and this is something that both the public and private sectors have to participate in,” said Guevara.

Look closely at low-lying areas in Marikina, Cruz urged authorities. “The truth is, except for Ondoy, Marikina town proper seldom gets flooded. Only those subdivisions that are in very low areas easily get flooded like the now famous Provident Village, and in addition, the settlements along the lower riverbanks like the similarly famous Tumana.”

Cruz explained that the “bigger problem” is when it is the town proper that gets flooded, just like what happened during Ondoy. He related that “in a similar event, those similarly situated as in Provident Village and Tumana will have to fend for themselves as mobility will be hampered.”

Cruz’s solution: “One of the quickest, but this will still take years, will be to restore the original (pre-Manggahan Floodway) width of the entire length of Marikina River, devoid of the riverbank settlers. This must be coupled with the dredging of that portion of the river.”

“On a long-term basis, which could mean decades, the solution can be augmented with the dredging of Laguna Lake and the construction of the proposed Parañaque Spillway.”

Read Next
Gamechanger pushes boundaries to provide the best for homebuyers
EDITORS' PICK
Cherry Mobile teams up with Cloud Panda PH, launches online store
DOH: COVID-19 mortality doubling time, transmission rate down
Someone from the Philippines can become $356 Million richer this Tuesday
Leveling up your ‘lutong bahay’ with the kitchen companion you never knew you needed
Congress urged to extend session for approval of COVID-19 response bills
Amid protests, Trump talks of war — and reelection
MOST READ
Binay dares DOTr execs to commute to work during GCQ
51 percent of German firms holding back investments in PH, but not because of COVID-19
Cole Sprouse arrested while joining peaceful protest against racism
Chaos as thousands return to work in Metro Manila
Don't miss out on the latest news and information.