Gamechanger pushes boundaries to provide the best for homebuyers 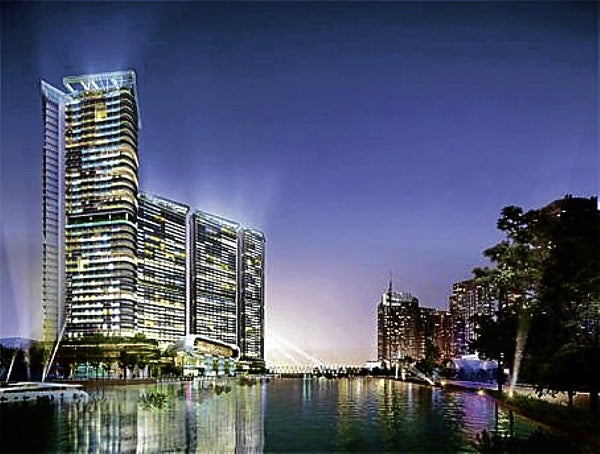 ACQUA Private Residences is an urbanite’s refuge from the concrete jungle.

Innovation has always been its fuel, and it will soon take the discerning Filipino buyers to see the world.

Indeed, after 26 years in the local scene, upscale developer Century Properties Inc. has shown how it can relentlessly go beyond firsts and imagination—from introducing pioneering concepts early on in its career, to taking a leap of faith, perhaps, when it started bringing home a few years ago globally renowned brands and affluent personalities with the likes of Donald Trump, Paris Hilton, Versace S.P.A. and MissoniHome.

“We aim to enhance the overall quality of life for Filipinos and foreign nationals by providing distinctive, high-quality and affordable properties. We focus on differentiation to drive demand,” noted John Victor Antonio, chief operating officer of Century Properties. 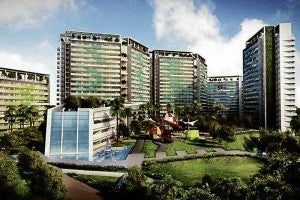 COMMONWEALTH by Century will be the developer’s first project in Quezon City.

Incorporated in 1983, Century Properties began actual operations only in 1986, organized to primarily focus on marketing and sales of third party real estate developments.

The company’s chair, former Ambassador Jose E.B. Antonio, had then spearheaded the formation of Century Properties with the vision of becoming one of the Philippines’ Top 5 real estate sales and development firms as measured by total sales value. The company then engaged in the development, marketing, sale and management of residential, office, medical and retail property in the Philippines.

During its early years, Century Properties claimed to have already pioneered new housing concepts in the Philippines, one of which was the Fully Fitted and Fully Furnished (“FF/FF”) concept, which Colliers believes is now an industry standard in the Philippines.

Its roster of high-quality developments included the award-winning Essensa East Forbes in Fort Bonifacio, South of Market in Fort Bonifacio, SoHo Central in the Greenfield District of Mandaluyong City, Pacific Place in Ortigas and a number of French-inspired condominiums in Makati City called Le Triomphe, Le Domaine and Le Metropole.

Fast forward to today, Century Properties, according to Colliers, is the third largest real estate company in Metro Manila based on market share of condominium presales as of end-September 2011. The reason for this, according to Antonio, was the company’s “disciplined and innovative approach towards the execution of our development projects.”

“This approach has allowed us to complete 20 buildings on time or ahead of schedule without any major safety accidents in our 26-year history,” Antonio claimed.

To date, Century Properties, aptly called a gamechanger, has intensified the competition in the local real estate scene when it started to collaborate a few years back with globally renowned brands for some of the structures within its four master-planned communities.

“We strive to ensure that each development includes innovative design and development concepts, is located in a desirable location and has best-in-class amenities and security features… We undertake innovative branding strategies to effectively enhance our brand visibility and product appeal,” Antonio further explained. 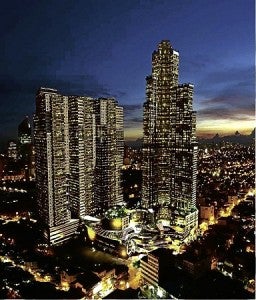 CENTURY City is a 3.4-ha flagship development in Makati that will showcase upscale residences, an outpatient-medical IT building and a lifestyle center.

“We identify what we believe are the best global residential standards and adapt them to the Filipino market,” he added.

Paris Hilton has earlier signed to promote and design the beach club for the Azure Urban Resort Residences; the Trump Organization for the Trump Tower at Century City in Makati; Gianni Versace S.P.A. for the The Milano Residences (interior design by Versace Home); and MissoniHome for the 52-story Acqua Livingstone tower, the fourth of six condominium towers within the P13.5-billion Acqua Private Residences project.

At present, Century Properties is completing four masterplanned communities, one of which is the Century City, a 3.4-hectare mixed-use project in Makati City, which will house eight buildings including The Gramercy Residences; The Knightsbridge Residences; The Milano Residences and Centuria Medical Makati.

The three other masterplanned communities are the Acqua Private Residences in Mandaluyong City, which will comprise of six towers; Azure Urban Resort Residences, which will house nine residential buildings within six hectares of land in Parañaque City; and the Canyon Ranch, a 25-hectare house and lot community which is part of the 77-hectare San Lazaro Leisure Park in Cavite City.

Of course, the exceptional feat that has been achieved and will again be met by Century Properties did not go unnoticed as the company has garnered numerous awards over its 26-year history, including its selection as one of the Best Developers in the Philippines in 2010 by the Southeast Asia Property Awards.

“Our founding management team has more than 26 years of experience in real estate development and over that time has demonstrated a solid execution track record and ability to drive growth, while developing strong, long-term relationships with key industry participants,” Antonio noted.

“We have experienced six real estate cycles during our 26-year existence and we believe our management team has gained the expertise and skills needed to effectively develop, sell and manage properties in both thriving and difficult business environments,” Antonio concluded.