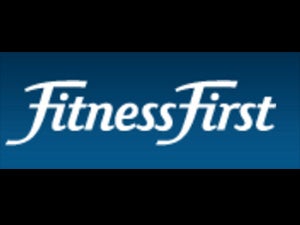 In 17-page decision dated July 2, 2012 released to the public Wednesday, the appeals court 9th decision through Associate Justice Antonio Villamor said Fitness First cannot escape liability by saying that the Application Form and Club Rules, which was signed by every member upon enrollment states that it cannot be held liable for losses.

The appeals court said that the provision in the membership agreement as well as the notices posted on its walls run contrary to the provision of Article 2003 of the Civil Code. The said provision states that “the hotel keeper cannot free himself from responsibility by posting notices to the effect that he is not liable for the articles brought by the guest. Any stipulation between the hotel-keeper and the guest whereby the responsibility of the former…is suppressed or diminished shall be void.”

The appeals court explained that a health and wellness center like Fitness First is akin to those engaged in hotel and common carrier businesses which are imbued with public interest.

“Fitness First, being a health club establishment is clearly bound to provide not only a comfortable working-out atmosphere for its members but also a security to their persons and belongings,” the court said.

The case stemmed when in 2006, Atty. Rommel Delos Reyes complained of stolen office uniform, a Nokia 6600 mobile phone, wallet containing P3,000, calling cards and identification cards at the management of Fitness First at Robinsons Place Manila. The manager, however said they cannot be held liable citing the provision in the membership agreement and notices posted on its walls.

Delos Reyes terminated his membership and filed a complaint against the health club before the lower court, which ruled in his favor.

The health club appealed the case.

The appeals court said it gives great weight to the findings of the lower court and echoed its ruling that Fitness First should have conducted an in-house investigation since it admitted that it has a master key that could open all lockers.

Since Delos Reyes’ locker was not forcibly opened, the court noted that it is possible that an employee could have opened the locker using the master key.

“Fitness First’s utter disregard of the theft of its member’s personal belongings deposited in its locker and lackadaisical attitude on the reported loss constitutes negligence and dereliction of its duties and responsibilities as operator of a health and wellness establishment,” the appeals court said.

It affirmed the award for damages worth more than P136,000 in favor of Delos Reyes.

Read Next
Mines group urged to police ranks
EDITORS' PICK
‘NCR Plus’ to be under MECQ starting April 12 until April 30 — Palace
Metro Manila to have shortened curfew hours from 8 p.m. to 5 a.m. under MECQ
Speed up your game with the new vivo Y20s [G]
Pre-order the new vivo Y20s [G] to get a free TWS earphone
Malls adjust ‘NCR Plus’ operating hours for April 12-30 MECQ
Pru Life UK receives four golden arrows for solid corporate governance
MOST READ
Stop ‘creeping occupation’ of ‘militia’ boats in WPS, Pacquiao asks China
Bea Alonzo clarifies status of her relationship with Dominic Roque
Convicted former aide of Sen. Bong Revilla dies — BuCor
Locsin to China: ‘Then move out’
Don't miss out on the latest news and information.