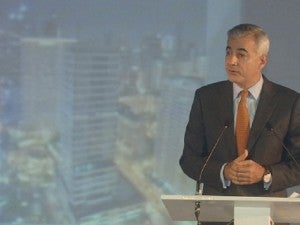 ALI placed out 680 million new common shares at P20 per share via a top-up offering, which meant that controlling stockholder Ayala Corp. initially lent out secondary shares for sale to qualified buyers and institutional investors and then subscribed to the same number of new primary shares from ALI at the same price.

“We are delighted with the investor community’s continued strong support of Ayala Land.  This capital raise builds on the company’s recent performance and positions us well to capture the attractive real estate growth opportunities we see throughout our country,” ALI chair Fernando Zobel de Ayala said in a press statement.

The company plans to use the proceeds of the share placement primarily to “fund its next phase of expansion, enabling it to sustain its high growth trajectory.”

In addition to its previously announced P37 billion capital expenditure program for 2012, ALI said it has identified significant landbanking opportunities amounting to approximately P36 billion over the next two to three years. Approximately P20 billion of this may be deployed in Makati City and other parts of Metro Manila and the balance in growth centers in Nuvali and other parts of Luzon and in the Visayas and Mindanao.

Furthermore, a portion of the proceeds is also expected to partially fund ALI’s potential strategic alliance with a group led by Ignacio Ortigas and resulting participation in OCLP Holdings, Inc., the parent company of Ortigas and Company Limited Partnership, for which ALI budgeted an initial investment of P15 billion. This alliance is expected to provide the company with access to prime properties in Metro Manila amounting to about 55 hectares.

“We are on track toward achieving our ‘5-10-15’ plan by 2014. This equity raise provides Ayala Land with expanded permanent capital to support our long term growth plans,” said ALI president Antonino Aquino.