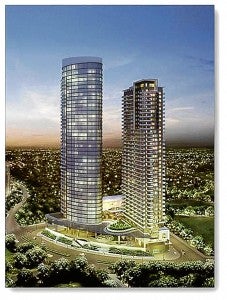 ARYA Residences is the country’s first residential development that is registered to US Green Building Council’s LEED.

PROPERTY DEVELOPERS are one in believing that the good years are back.

With increased investments and economic activity, demand for office and residential space continued to surge, largely fueling the growth of the real estate sector—a movement seen by industry observers as the start of the so-called “up-cycle.”

CB Richard Ellis Philippines president Rick Santos, for one, shared this belief as he commented that the robust growth being currently enjoyed by the property sector is not just a “bubble” as there was real demand, not only in the Philippines, but also across the entire Asia-Pacific region.

But for the Philippines to keep its position as a favored spot for investments and for the real estate industry to sustain this momentum, CBRE Philippines is strongly urging local developers to go for “green developments.”

Currently the buzzword among companies and developers, “green development” is the designing, constructing, operating and maintaining of a building in an environment-friendly manner.

“Green development, from being a fad, must now become a standard for most developers… (Putting up a) green and efficient building is the new trend that prospective tenants are now considering in their space requirements,” company officials said.

Investors, according to CBRE, are now more intelligent in choosing their office and residential space as many would see green buildings benefiting not only the environment, but also the developers and end-users alike. 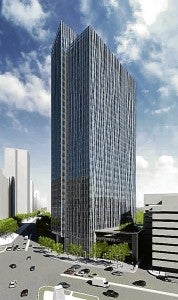 THE ZUELLIG Building is a LEED Gold pre-certified office space.

“They know that a green building is a better place for work. In fact, in a study conducted by CBRE US, they found out that in green buildings, there’s an average of almost three days less absences per employee, so that’s a big factor when you consider the output of your workforce. It’s generally healthier so the productivity is there,” Matti explained.

He also pointed out that most companies nowadays are pushing to, whenever possible, locate in green buildings, as part of their environmental advocacies or corporate social responsibility (CSR) programs.

Admittedly, the cost of going green may not be that easy on the pocket.

Asked how is it possible that a green building is cheaper than an ordinary building, Matti replied, “Green buildings earn almost 8 percent more in terms of rent than a regular building and surprisingly, for sales purposes, they can go as high as 16 more than conventional buildings. So whatever small investment you give is offset by the additional income.”

Developers who would want to adopt the green mantra, however, should be prepared to face the challenges of putting up a green development.

“Some materials like wood have to be sourced from commercial forest, meaning forest that’s designed for harvest and is renewable. Insofar as recycling and waste control is concerned,  we don’t have companies that can help us with waste disposing and recycling,” he noted. 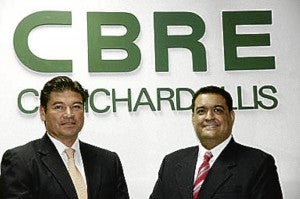 Still, the benefits of a green building far outweigh the difficulty of facing these hurdles. Matti tells developers of some of the basic things that would help make one’s development “green”:

Green developments should use less water, energy and makes use of construction materials efficiently.

In terms of energy efficiency, the developers must find ways to use as less electricity as possible by, for example, getting the best type of air-conditioning system that uses less power but performs similarly as the other systems.

If your glass can block out heat, then that’s another advantage because it makes the aircon use less power. Also if you have a lot of glass, you’ll also need less light because all the sunlight come in. During construction and operations, recycling of all the materials should be done, nothing should go to waste. Wood and paper waste must be properly recycled into other forms of reusable materials.

Replace all the greeneries that was lost during construction by putting a roof garden or planting somewhere else to compensate for what you took out form earth.

As it is, the Philippine office and property sector already have the best fundamentals because of the lower rental rates and skilled workforce but by going green they can provide further premium on their developments.