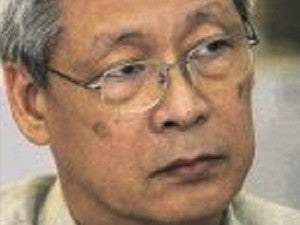 The Philippines will not lower its economic growth target (in terms of gross domestic product or GDP) despite lingering global uncertainties.

The country may in fact have “a pleasant surprise” if efforts to boost construction and services go as planned, according to Economic Planning Secretary Cayetano W.  Paderanga Jr.

The Aquino administration is aiming for a slightly higher GDP growth of 5 to 6 percent this year from 4.5 to 5.5 percent in 2011. The government is set to release growth figures for 2011 on January 30.

Paderanga, who is also director general of the National Economic and Development Authority, said that reforms in project implementation and a P72-billion stimulus spending program since October might have yielded economic benefits starting in the fourth quarter of 2011.

The public-private partnership (PPP) program is also expected to gain momentum this 2012, Paderanga added. The PPP program is the cornerstone of the Aquino administration’s medium-term strategy to achieve an average annual economic growth of 7 to 8 percent and curb poverty.

Lower-than-expected growth in 2011, at least in the first three quarters, has been largely attributed to government underspending and delays in the PPP rollout. Dismal exports due to sluggish global demand also dampened growth.

In the January-September period of 2011, Philippine GDP growth averaged 3.6 percent, which was below the government target for the full year.

The World Bank has forecast Philippine GDP growth at a “moderate” 3.7 percent in 2011 and 4.2 percent in 2012 “in line with regional forecasts.” The World Bank said higher 2012 growth hinged on improvement in exports, acceleration of public-private partnership projects and private sector investment and a full recovery of public spending.

Bangko Sentral ng Pilipinas Deputy Governor Diwa Guinigundo, for one, had said that he expected “several quarters” of growth for the Philippines this year as a result of stable prices of local goods and some positive developments in the United States and Europe.

Read Next
Prices to remain stable over long term, says Neda
EDITORS' PICK
Alex Eala wins Grand Slam on Independence Day: ‘I hope I made my contribution to the country’
EDITORIAL: Good news, bad news
1Sambayan to nominees: Stick to word of honor
Trust Robredo’s political instincts – Kaya Natin! convener
Ahead of ONE: Full Blast II, Mongkolpetch warns Elias Mahmoudi: ‘Watch out for my fists’
Kai Sotto continues to inspire Filipinos by sharing his passions and stories with Smart Prepaid
MOST READ
China cautions G7: ‘small’ groups don’t rule the world
1Sambayan to nominees: Stick to word of honor
Duterte, Mayor Sara unlikely to run under same slate in 2022, says Lacson
Leni vs. Sara
Don't miss out on the latest news and information.