'The worst is yet to come': the curse of high inflation | Inquirer Business

‘The worst is yet to come’: the curse of high inflation 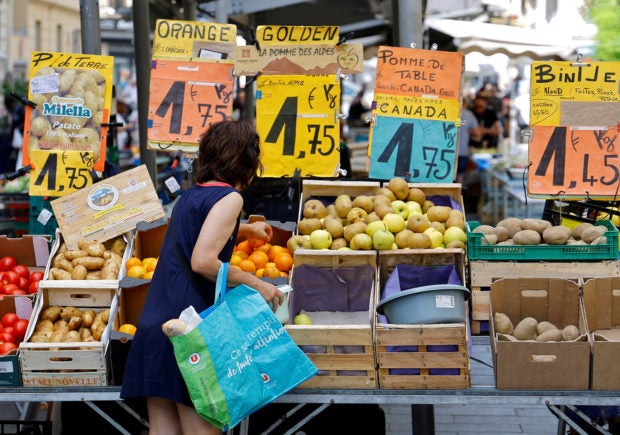 Price tags are seen as a woman shops at a local market in Nice, France, June 7, 2022. REUTERS/Eric Gaillard//File photo

Globally, people are experiencing inflation at levels not seen for decades as prices surge for essentials like food, heating, transport and accommodation. And though a peak could be in sight, the effects may yet get worse.

How did we get here? In two words: pandemic and war.

A long and comfortable period of scant inflation and low interest rates ended abruptly after COVID-19 struck, as governments and central banks kept locked-down businesses and households afloat with trillions of dollars of support.

That lifeline kept workers from joining dole queues, businesses from going broke and house prices from crashing. But it also knocked supply and demand out of kilter as never before.

By 2021, as lockdowns ended and the global economy grew at its fastest post-recession pace in 80 years, all that stimulus money overwhelmed the world’s trading system.

Factories that had been idled could not ratchet up fast enough to meet demand, COVID-safe rules caused labour shortages in retail, transport and healthcare, and the recovery boom caused a spike in energy prices.

If that wasn’t enough, Russia invaded Ukraine in February and Western sanctions on the major oil and gas exporter sent fuel prices yet higher. 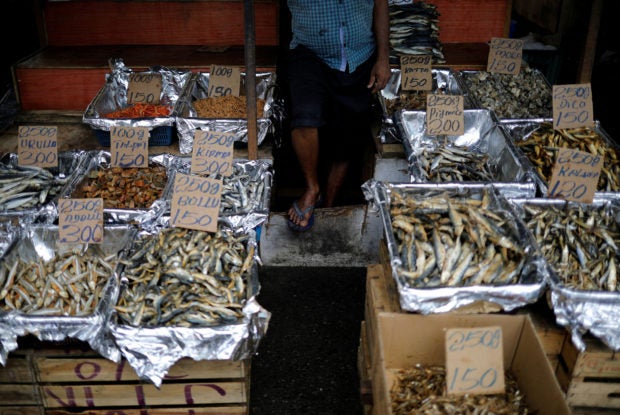 A vendor waits for customers as price tags are seen on the fish baskets at a vegetable market, amid the country’s economic crisis in Colombo, Sri Lanka, May 20, 2022. REUTERS/Adnan Abidi/File photo

Known as a “tax on the poor” because it hits those on low incomes the hardest, double-digit inflation has exacerbated inequalities worldwide. While wealthier consumers can rely on savings built up during pandemic lockdowns, others struggle to make ends meet and a growing number rely on food banks.

With winter setting in across the northern hemisphere, that squeeze on living costs will tighten as fuel bills soar. Workers have taken strike action in sectors from healthcare to aviation to demand that wages keep pace with inflation. In most cases, they are having to settle for less.

Cost of living concerns dominate the politics of rich nations – in some cases relegating other priorities, such as climate change action.

While recent falls in gasoline prices have eased some of the pressure, inflation remains a top focus for U.S. President Joe Biden’s administration. France’s Emmanuel Macron and Germany’s Olaf Scholz are stretching their budgets to channel billions of euros into support programmes.

But if things are tough in industrialized economies, rocketing food prices are worsening poverty and suffering in poorer countries, from Haiti to Sudan and Lebanon to Sri Lanka.

The World Food Programme estimates an extra 70 million people worldwide have been driven closer to starvation since the start of the Ukraine war in what it calls a “tsunami of hunger”. 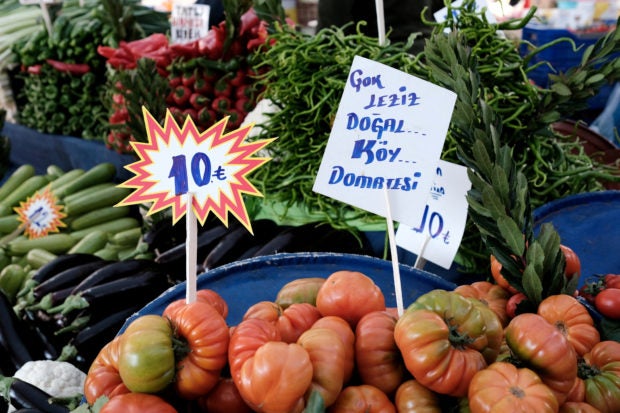 A price tag for tomatoes is pictured at a street market in Istanbul, Turkey, January 4, 2022. REUTERS/Murad Sezer/File photo

The world’s central banks have embarked on steep interest rate hikes to cool demand and tame inflation. By the end of 2023, the International Monetary Fund expects global inflation to have fallen to 4.7 percent – just less than half its current level.

The aim is for a “soft landing” in which the cooling-off happens without housing market crashes, business bankruptcies or surging joblessness. But such a best-case scenario has proven elusive in past encounters with high inflation.

From U.S. Federal Reserve chief Jerome Powell to the European Central Bank’s Christine Lagarde, there is growing talk that rate-hike medicine may taste bitter. On top of that, risks surrounding the big uncertainties – the Ukraine war, tensions between China and the West – are skewed to the downside.

The IMF’s regular October outlook was one of the bleakest for years, stating: “In short, the worst is yet to come and for many people, 2023 will feel like a recession.”