Top 10 vegan faves in the Metro 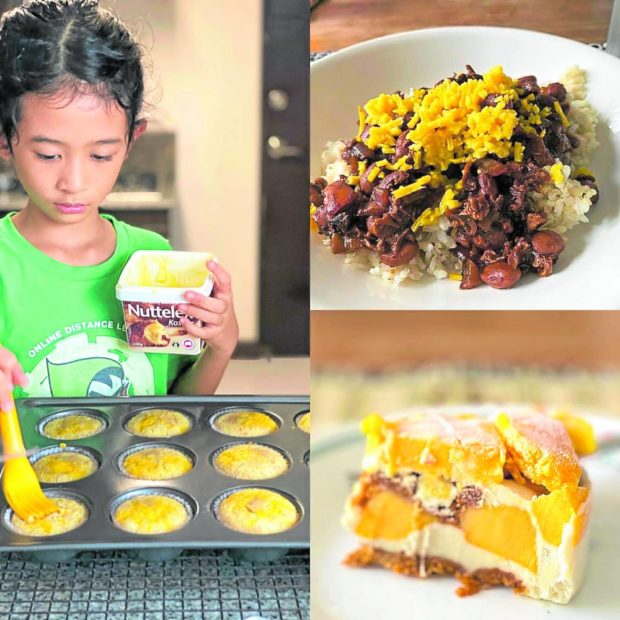 I recently met the Ambassador of New Zealand, His Excellency Peter Kell, and was so impressed by the fact that (1) he speaks Filipino, (2) he knows Karate, and (3) he is vegan!

Inspired by that third item, I found myself once again dreaming of becoming vegan. Of course, it’s not happening. Not when my maternal hometown’s best product is full back fat chicharon!

I will never be that hard core! But my good friend, Jemps Gallegos Yuvienco, has been a vegan for several years now, so I’m mooching off her vegan knowledge for those who might possibly want to turn vegan now or in the New Year, whether it be for your advocacy, for fun, or for your health.

Jemps shares the health benefits they have experienced: For one, her children are not as sickly and now always have energy. Her husband’s GERD (gastro reflux disease) disappeared, even if it didn’t when they were vegetarians. But best for her is that she is now able to recover faster even after a tough workout.

The vegan mom has also been working hard on creating a vegan household. So far, she has succeeded in making her 7-year-old daughter Juno a strict vegan, while her 11-year old son Jack is vegan except when his dad is around. I guess the men bond over steak!

Here are Jemps’ top 10 sources of vegan food for your household:

1. Chef Jeng Dignos. Jemps recommends her lasagna and classic pizza; for sweets, her red velvet cake (but do not make the mistake of using Red 40, which is from crushed bugs), mocha cake and ube halaya cake. For Filipino sweets, try her ube halaya and leche flan.

2. Greenery Kitchen. “When I can’t cook because I’m too busy, I order from Greenery Kitchen,” shares Jemps. “They deliver for free at P1,000.00 within Metro Manila.” Her favorites on their menu include the malunggay dilis with tonkatsu, sisig, pares, caldereta, chicken curry, Korean BBQ, and paksiw. Note that these sound like regular food but in fact are all vegan. Bonus points: They also have party trays if you would like to order bigger portions (or if you have a party!)

3. Green Bar. Jemps recommends their Wild Thing Burger as well as their donuts and other pastries.

5. The Good Choices. This shop also has freezer essentials such as vegan versions of sliced ham, tapa and tocino. If you are badly craving a burger but now vegan, this is the place to get your patty.

6. Nuno Filipino. This is a vegan kitchen that specializes in bottled spreads such as vegan ham, vegan chicken and vegan liver. Jemps gushes, “Lahat masarap! Nakakainis!”

7. Try Vegan. This is for the vegans in the south, as it is located in BF Homes. It’s a consolidation of Delicielo, Jack’s Produce and The Real Happy Cow (TRHC). According to Jemps, “Delicielo has yummy mocha espresso cake and mango vanilla cake. Jack’s Produce does Jackfruit bottled sardines. TRHC does a lot of vegan versions of nonvegan favorites like sinigang na di baka, beef rendang, surf and turf, Rodic’s tapa with eggyolk sauce, Korean corndogs, ramen, breakfast choriburger, aloha burger, etc.” Jemps notes that The Real Happy Cow aka Lakapati Basa has a group that sources seasonal vegan items like puto bumbong, bibingka and baklava.

8. Doc Chef. It’s another “southern” favorite. They have breads, chocolate and ice cream. Jemps especially loves the ice cream because aside from being meat-free, it is also sugar-free!

9. Aigoo Cafe. Jemps recommends their pizza, pasta and empanadas, as well as their donuts, cakes and cookies.

10. All Scoops. Finally, for vegan ice cream, try Alt Scoops. Jemps loves their ice cream, especially the ones covered in Auro dark chocolate, and their Alt Pops. They also have granola.

These are just some of Jemps’ favorite vegan shops. “I’m sure the others have more but these are my personal faves,” says the vegan home cook.

These are excellent recommendations, whether you are vegan or not.

With all these choices, I might succeed in becoming vegan after all!