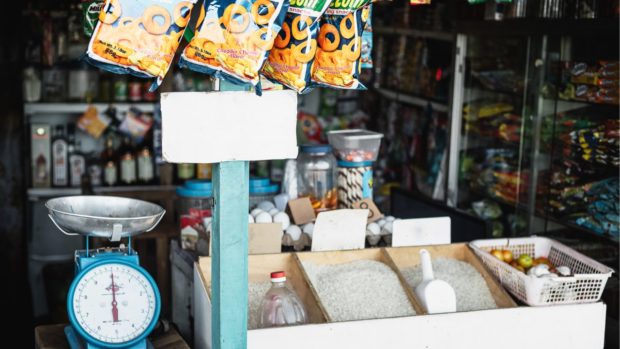 More Filipino consumers are turning to smaller, neighborhood sari-sari stores instead of supermarkets when it comes to cheap, fast-selling consumer goods—such as coffee and noodles—amid rising prices, according to a study conducted by data and consulting company Kantar.

Kantar released on Tuesday the results of its study, which tracked the purchases of 5,000 local households and showed that 41 percent of fast-moving consumer goods (FMCG) purchases in 2022 were made in neighborhood sari-sari stores, an increase of 6 percent compared to 2020.

“Filipinos put a premium on value. While value can be as straightforward as cheaper goods or paying less for the same quantity, other factors such as the increase in gas prices, traffic and uncomfortable modes of transportation have redefined value in more encompassing terms when it comes to shopping,” said Laurice Obana, Shopper Insight director at the Worldpanel Division of Kantar in the Philippines.

“What we have seen is that, in general for packaged goods, shoppers are coping with rising prices by being more open to value brands,” she added.

The Kantar executive also said that people are also taking into consideration where to shop nowadays.

The firm added that there is pressure building on bigger commercial retailers, such as hypermarkets and supermarkets, as most Filipinos who are feeling the economic strain are buying their basic FMCG needs in smaller stores closer to their homes.

Earlier this month, National Statistician Dennis Mapa said it was not certain that inflation had peaked in October, citing there was substantial probability that it could be higher in the succeeding month of November.

Meanwhile, Kantar launched its most chosen retailers report which evaluates both national and regional retailers based on the Consumer Reach Points (CRP) metric.

The CRP is a measuring index used by Kantar in determining brand penetration, calculating the number of shoppers and the number of times they have made a purchase in a particular retailer within twelve months.

The second half of the top ten list are Cebu-based Prince Hypermart at 6th, Alfamart at 7th, Gaisano Grand Malls at 8th, LCC supermarket at 9th, and 7-Eleven in 10th place.