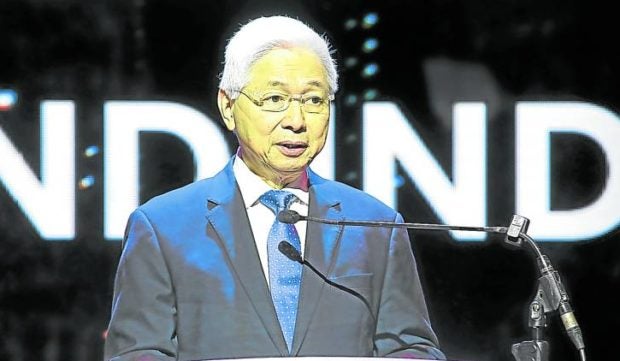 The Board of Investments (BOI) has approved P644.4 billion in new investments from January until the middle of November, 73.5 percent higher than the P371.4 billion approved during the same period last year.

At this rate, the investment promotion agency is slated to surpass last year’s record of P655 billion, buoyed by increased optimism as the economy continues to recover from the COVID-19 pandemic.

On Monday, Trade Undersecretary and BOI Managing Head Ceferino Rodolfo said, “What is certain is that we will surpass our 2021 [records].”

For the remainder of the year, some big-ticket items are still being finalized, including a number of renewable energy projects in the pipeline, Rodolfo said.

Rodolfo said the investment promotion agency had an “internal target” of P1 trillion for 2022, but added that they did not foresee global headwinds that greatly affected investment trends, citing in particular the Russia-Ukraine conflict.

According to data from the BOI, domestic investments accounted for 81 percent or P518.3 billion of the total commitments, while 19 percent or P126.1 billion are foreign investments.

The bulk of the investments were committed to the power sector at P343.8 billion.

This was followed by investments in information and communication with P197.6 billion, administrative and support services activities with P26.6 billion, transportation and storage with P25.2 billion, and real estate with P23 billion.

This was followed by Japan with P29.9 billion, United Kingdom with P9.9 billion, British Virgin Islands with P2.6 billion and South Korea with P2.5 billion.

These include a potential investment of P125.3 billion for the IT-BPM (Information Technology and Business Process Management), P105.47 billion for real estate activities, and P66.9 billion for the agriculture, forestry and fisheries sector.

“The BOI remains optimistic that foreign investments in 2023 will show significant growth given the game-changing economic reforms enacted in the Philippines,” the BOI said in a statement.

Trade Secretary Alfredo Pascual said they were also looking into setting up a one-stop shop for investment approvals, citing that some applications were taking as long as two years before they were approved.

“Investors will be dissuaded if that is how long it takes to get approval to start a business. We are always compared with other countries around us,” Pascual said. INQ