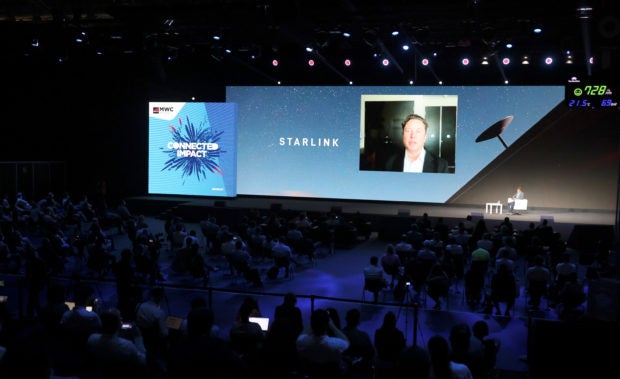 “The Philippines is an archipelago, and connecting our country to the wider world often requires extensive infrastructure,” said Almeda.

Sy is the eldest son of the late taipan Henry Sy Sr., founder of conglomerate SM Investments which is into market-leading property, retailing, and banking businesses. He also chairs Synergy Grid & Development Philippines, which runs the National Grid Corporation of the Philippines.

“With the largest constellation of satellites on orbit, Starlink is a flexible service uniquely capable of providing high-bandwidth, reliable internet to the Philippines, even in times of natural disaster,” he added.

Through Starlink, SpaceX will launch thousands of satellites into low Earth orbit to form a constellation of spacecraft capable of beaming high-speed internet to difficult-to-reach areas around the globe.

Monthly fees for commercial coverage in the Philippines start at $99.

“We look forward to making the service available in the Philippines in the coming months, and we’re grateful to those who have aided in our ability to connect everyday people, businesses, and government entities,” he added.

Once exclusively deployed for military and scientific purposes, low-orbit satellites have caught the attention of tech moguls Musk and Jeff Bezos of Amazon for their ability to provide high-speed internet to locations without fiber lines and cell towers.

Because they hold orbit closer to the planet’s surface — Starlink’s newer spacecraft will operate at an altitude below 570 kilometers—thousands of networked satellites are required for reliable connectivity. Data Lake vice chair David Tanael also welcomed the partnership.

“Connectivity is critical in today’s modern age, and Starlink will help further Data Lake’s goal of sustainable and equitable economic development throughout the Philippines,” he said.