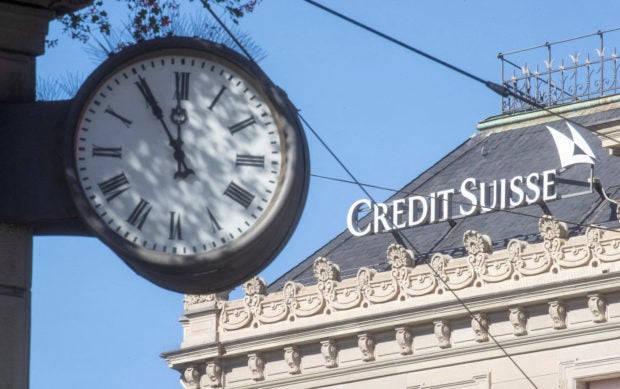 A clock is seen near the logo of Swiss bank Credit Suisse at the Paradeplatz square in Zurich, Switzerland Oct 5, 2022. REUTERS/Arnd Wiegmann/File photo

Credit Suisse Group AG recently launched a process that could see its U.S. asset management arm sold, a source familiar with the matter said on Monday, as the troubled Swiss bank seeks to reshape its business after multiple scandals.

Initial expressions of interest from potential buyers are due in at the end of this week, said the source, who spoke on condition of anonymity to discuss private information. The source added there was no guarantee of a sale and Credit Suisse could ultimately retain the business.

Bloomberg News reported earlier on Monday, citing people familiar with the matter, the launch of an auction for the unit, which includes a platform for investing in collateralized loan obligations. The report added that private equity firms will be likely bidders.

Credit Suisse, one of the largest banks in Europe, is trying to recover from a string of scandals, including losing more than $5 billion from the collapse of investment firm Archegos last year, when it also had to suspend client funds linked to failed financier Greensill.

Earlier in the day, Reuters reported citing a source that Credit Suisse has approached at least one Middle Eastern sovereign wealth fund for a capital injection, while some funds are looking at the scandal-hit Swiss bank’s businesses as potential investment opportunities.

Globally, Credit Suisse’s asset management business managed around $447 billion and had almost 1,200 employees, as of June 30, according to the bank’s website. It offers both traditional products, such as mutual funds, as well as alternative investments including real estate and private equity.

The website did not break out assets under management for the U.S. business.

A number of banks have divested U.S. asset management units in recent years, due to intense competition from large managers and a squeeze on fees from the shift to passive investing. Both Wells Fargo & Co and Bank of Montreal exited such businesses in 2021.