US, UK economists back Russian oil price cap in letter to Yellen 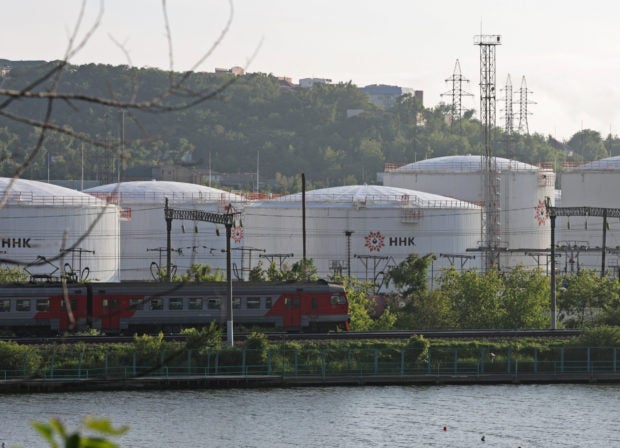 A train moves past oil tanks of the NNK-Primornefteproduct petroleum depot in the far eastern port of Vladivostok, Russia June 11, 2022. REUTERS/Tatiana Meel

The cap, agreed in principle last month by the Group of Seven rich countries, should lower Russia’s revenues by strengthening the negotiating position of any buyers, economists including Simon Johnson at the Sloan School of Management at the Massachusetts Institute of Technology, Harvard University’s Jason Furman and the University of Chicago’s Ryan Kellogg said in a letter to Yellen, which was reviewed by Reuters.

“While we do not expect all trades will be performed under the price cap, its existence should materially increase the bargaining power of private and public sector entities that buy Russian oil,” they wrote in the letter, dated Oct. 11.

The European Union last week approved its eighth batch of sanctions against Russia for its invasion of Ukraine including the price cap, but said more work was required for its implementation.

Concerns about the uncertainty created by the price cap are one reason Saudi officials backed OPEC+ output cuts last week.

U.S. officials on Tuesday said work was continuing on the measure.

A senior U.S. Treasury official said the OPEC+ production cut would raise energy costs for countries already struggling with high prices – and could prompt some to look for opportunities to buy oil under the price cap once Europe stopped buying Russian oil after Dec. 5.

“It creates a real opportunity for some of these countries that are facing the challenge to try and buy oil under the price cap in order to alleviate both the budgetary pressures … and the headline inflation pressure,” the official said.

The price cap would maintain economic incentives for Russia to keep producing at current volumes, while reducing its revenues, the economists wrote.

Russia still supplied oil to world markets in April 2020, when the Brent benchmark was close to $20 a barrel, because that price was above the cost of production in many or most existing Russian oil fields, they noted.

The price of Brent now is around $96 per barrel. Russia receives less due to the “Urals discount” reflecting the impact of Russia’s invasion of Ukraine, a gap that has shrunk in recent weeks.