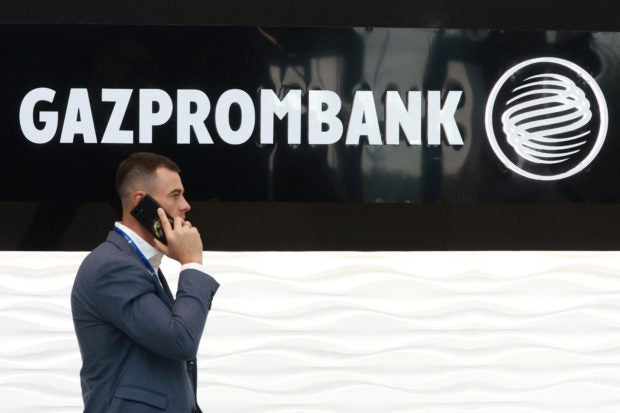 A man walks past the logo of Gazprombank during the Saint Petersburg international gas forum in Saint Petersburg, Russia September 15, 2022. REUTERS/Anton Vaganov/File photo

ZURICH  -Russia’s Gazprombank has decided to cease operating in Switzerland after “a strategic review of various options”, it said on Monday.

The bank had been one of the last remaining channels for financing trade flows between Russia and Switzerland because other major Russian banks are subject to sanctions over Russia’s invasion of Ukraine.

The Zurich-based bank, which was mainly involved in trade and export finance, decided to discontinue its operations in Switzerland after launching a review of its business in July, including a possible sale.

“The decision is the result of an in-depth strategy analysis and is being taken in close consultation with the Swiss Financial Market Supervisory Authority,” Gazprombank’s board chairman, Ivan Dun, said in a statement.

Existing business relationships will be wound down or referred to external banking partners in the coming months, Gazprombank said.

The bank had been operating in Switzerland since 1966 and under the Gazprombank (Switzerland) name since 2009.

Its Swiss business, which employs about 80 people, is mainly active in trade and export financing, including helping Swiss industrial groups finance exports to Eastern Europe.

It also financed the extraction, transport and processing of raw materials from Russia to Western Europe for commodity traders.