The entropy of cities: City in the post-oil era | Inquirer Business

The entropy of cities: City in the post-oil era 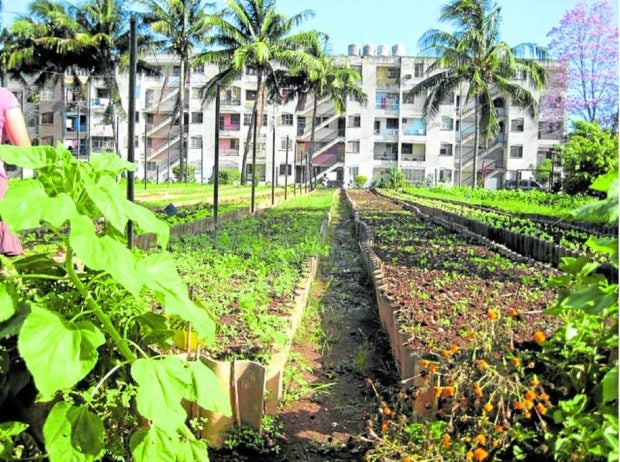 Our article last June touched on the metabolism of cities—how cities multiply human productivity to create material wealth and prosperity, but under the penalty of constantly increasing energy consumption.

Complex social organizations and technological advancement require the continuous supply of energy to enable the creation of new tools and materials in an expanding cycle of production, consumption and extraction of energy. In an ideal situation of limitless energy, growth is also limitless.

There was a time when oil was seen as a near inexhaustible source of cheap energy. Since its discovery in the 1900s, we have created our entire global economy around it. Nations were built around oil and have gone to war over it.

Oil is indispensable—energizing homes and workplaces, powering transportation, fueling factories, producing and transporting food, and comprising petroleum-based materials such as plastics that modern society has come to depend on.

Today, the world consumes 100 million barrels of oil a day, a 67 percent increase from our consumption level in 1982.

Despite aggressive efforts to shift to renewable sources, fossil fuels still supply more than a third of our energy needs. No other source has yet to match the portability, transportability, relative cost and burning efficacy of oil.

Theorists predicted decades ago that runaway consumption of fossil fuels will lead to depletion of conventional oil sources, increasing the cost of extraction to the point where the use of petroleum products becomes too expensive.

This is known as peak oil, which is not so much an exhaustion of supply, but more of a peaking in economic cost to produce and deliver fuel to consumers. What happens when we reach a tipping point where the rising cost of fuel throws the global economy into a standstill?

The idea of a post-oil society may remind us of Mad Max and other dystopian and apocalyptic futures, but we can look to an actual example of what a post-petroleum society is like.

Cuba before 1991 was a country driven by cheap oil supplied by the USSR. It was heavily dependent on state-subsidized fuel and material imports from the Soviet Union.

But after the collapse of the USSR and while being besieged by the US trade embargo, the country’s economy nose-dived, shrinking by as much as 35 percent. The flow of fuel, goods, food, raw materials, machinery, tools were suddenly cut off. The agricultural sector, which largely relied on imported petrochemical products such as pesticides and fertilizers, broke down resulting in food shortage and widespread malnutrition.

Sixteen-hour power outages became common. Construction activity fell by 74 percent while manufacturing capacity plunged by 90 percent, mostly due to the stoppage of oil imports.The period between 1991 and 1993 was known in Cuba as the Special Period—marked by severe shortages, economic decline and hardship. It was also a period of radical transformation of Cuban society where industry, public health and mobility were overhauled.

Isolated from the rest of the world and thrust into severe depression, the country had to look inwards to survive. 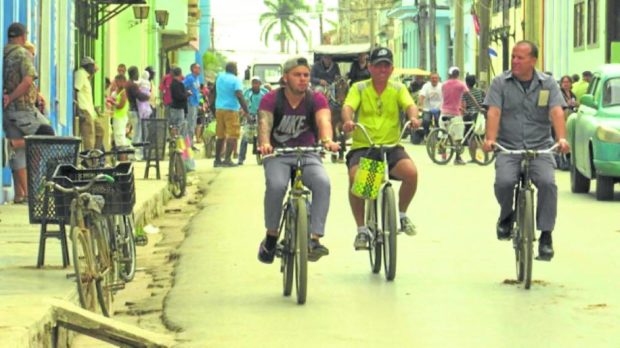 Transportation in Cuba during the Special Period—Wikipedia

Urban farming (organoponicos) was implemented to address food insecurity and every available piece of land was planted to fruits and vegetables to feed the population. With the lack of chemical inputs, they resorted to organic farming, permaculture and local cooperatives. New forms of mass mobility emerged like car-pooling, biking, walking and use of horses.

Material consumption was tempered by necessity. Scarcity of goods encouraged recycling and repair. Consciousness on energy use prevailed over individual convenience. Housing was transformed through land distribution.

The concept of consumption and production changed, relying on re-localization, self-employment and cooperative enterprise. It took five years for the economy to reach pre-crisis levels and in the end, they were a transformed society.

Today, their oil consumption per capita remains modest and close to their 1995 levels, allowing them to generate a surplus in oil production which they now export. Their per capita GDP is nearly three times higher than that of the Philippines.Cuba’s story is one of adaptive resilience. They had to overcome their dependence on oil overnight out of necessity, without the benefit of a transition period—a privilege that our present society still has if we heed the warning.

Cuba was a laboratory of what could happen globally if dependence on a depleting resource remains unmitigated. It is also a story of inspiration—Cuba transcended petroleum dependence and averted total societal collapse through reduction of material consumption, localization and solidarity. The key lesson is that oil dependency is not addressed by simply shifting to alternative energy sources. It is addressed by large-scale, whole-of-society transformation.

Post-oil cities need not be a regression to rural or austere lifestyles. The Cuban experience shows what aspects of our society needs fixing. The luxury we have that Cuba didn’t is time and hindsight. But that depends on whether we will use both wisely.

The author is founder and principal of JLPD, a planning and development consultancy practice