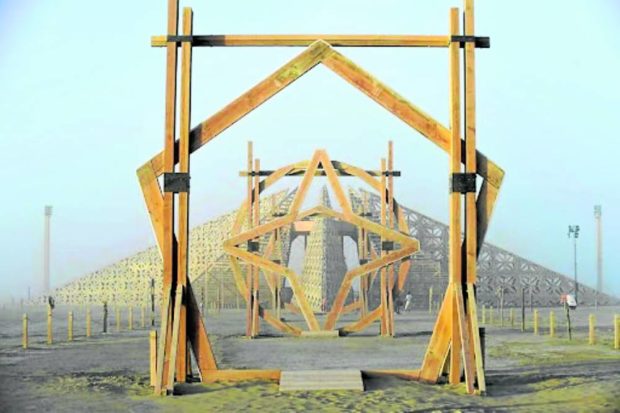 The Empyrean Temple, a ‘heaven of pure light, wisdom, and consciousness, and the birthplace of fire and dreams” by Colorado architect Laurence Renzo Verbeck, features tessellation and latticework.

In 1986, artists Larry Harvey, Jerry James and some of their friends celebrated the summer solstice by setting up a campfire in Baker Beach in San Francisco.

Lee Harvey was going through a midlife crisis after suffering a failed relationship. He built a giant timber sculpture shaped like a human and burned it at the end of their celebration to symbolize the end of his unhappiness.

Every year thereafter, their group gathered at the same beach and celebrated, bringing in music, creating some art, until the group grew, enjoining spectators into being participants of an ever-expanding crowd. This was the beginnings of an annual event that has grown into a massive bohemian celebration, a counter cultural arts event that spans a week in the Black Rock Desert in Nevada, where it draws some 70,000 or so participants. Welcome to the “Burning Man”!

According to its organizers, “The Burning Man Project brings experiences to people in grand, soul-inspiring and joyful ways, meant to lift the human spirit, address social problems and inspire a sense of culture, community and civic engagement.” It’s a place where people can unashamedly wallow in self-expression. It has a culture and ethos of its own. It focuses on sustainable practices, non-materialistic trade, the natural environment and the expression of various art forms. 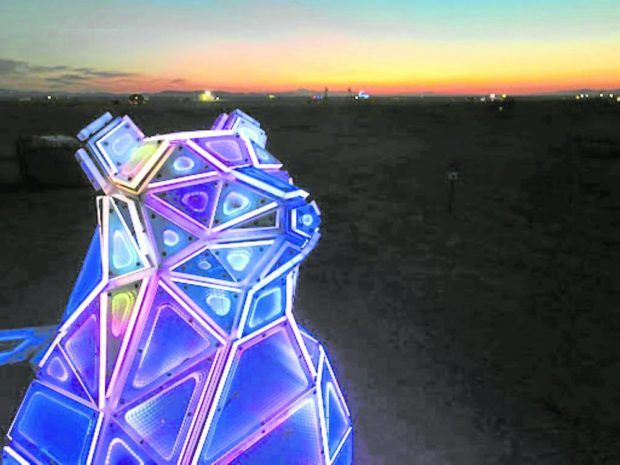 Here, entertainment is not provided. Alternatively, “you are expected to participate, collaborate, be inclusive, creative, connective and clean up after yourself.” You help build the artwork, man the grounds, or help with cleaning up. It’s a celebration where participation kindles the fire of unabashed engagement with life, people and the planet all together. It does not hinge on the joys of material purchases, but in the experience of life and its connections.

Burning Man’s annual venue, Black Rock City, is fascinating in its cycles. Each year it is built from scratch in the middle of the “playa” or desert area. In 1997, Lee Harvey engaged urban planner Rod Garett to lay out the “city” in a series of concentric half circles around its focal point, the “Man,” the beacon and grounding center of the festival grounds.

The series of C-configurations radiate from the grounding center in half circles that turn at 240 degrees, and it is here where the “Burners” or festival goers set-up any imaginable habitation with components driven in from California. 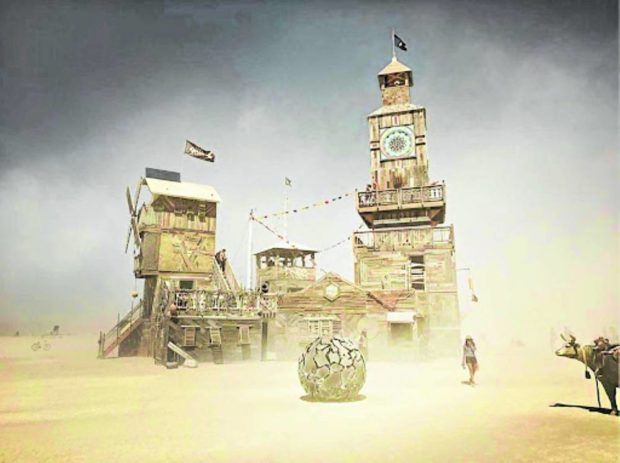 The blocks these roads create are classified as “camps” which are further subdivided by pedestrian pathways. Open areas for art installations act as landmarks that identify the blocks. The areas closest to center are reserved for the art installations thereby creating park-like areas adjacent to the camp neighborhoods.

People move about by foot or by bicycle, and vehicles stay pat on desert soil. “Leave no Trace” is one of Burning Man’s principles. Hence, a limited amount of water is brought in through the vehicles, and baths and cooking are limited and meant to preserve as much of this precious resource. Clean as you go. 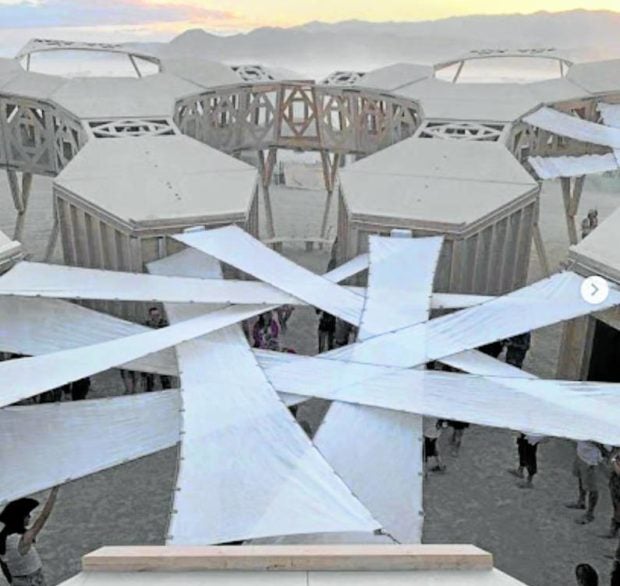 ‘Catharsis’ by architect Arthur Mamou-Mani, ‘a forum, a ceremonial place for rituals, a community centre, a fractal gallery to our infinite dreams welcoming all forms of arts.’—@mamou-mani)

Advertising and any form of consumerism are abhorred and prohibited, as money corrupts the free trade where one can partake of the engagement, inspiration, immersive experiences and community living—if only for a few days.

Burning Man’s purpose is to create and view art, live in the moment, and engage with other humans in an immersive desert experience. As Lee Harvey said, “I think the things that people seek can’t be purchased. The things that matter most in life have an unconditional value. You can’t buy them. You can’t buy a friend. You can’t buy a lover.” And it is here, in the city of Black Rock Desert, that you’ll surely find that in a temporary moment. 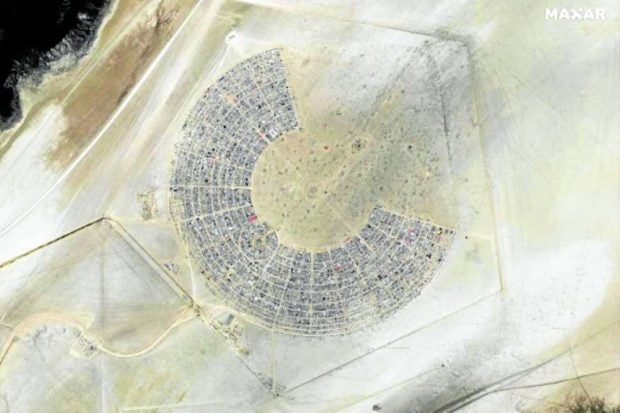 A satellite view of Burning Man 2022, coming back strong after the COVID-19 pandemic
— REUTERS