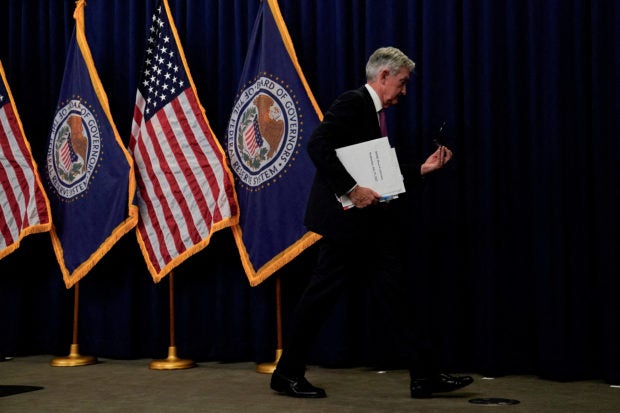 JACKSON HOLE, Wyo.  – If “raise and hold” sounds like a poker strategy, that may in fact sum up the all-in approach to fighting inflation that Federal Reserve Chair Jerome Powell is expected to lay out in a highly anticipated speech to the Jackson Hole central banking conference on Friday.

As debate raged in recent weeks about whether the U.S. economy was bordering on recession and how that might throw the Fed off its march to higher interest rates, Powell’s colleagues leaned hard on the idea that the U.S. central bank’s benchmark overnight interest rate would not just keep rising but remain at a high level until inflation returned to the Fed’s 2 percent target.

By the Fed’s preferred measure, inflation is currently about triple that.

“I’m really going to try to be as resolute as possible, once we get to a level that I think is the appropriate level, to really stay there and to purposefully analyze and assess how our policies are flowing through the economy,” Atlanta Fed President Raphael Bostic told the Wall Street Journal this week.

“Some weakening is to be expected” in the economy, he continued, and “it’s going to be really important that we resist the temptation to be too reactionary, and really make sure that we get inflation well on its way to 2 percent before we take any steps to increase accommodation in our policy stance.”

Translation: Don’t expect the Fed to rescue the economy or the unemployed from a modest downturn.

The comments from Bostic and other Fed officials mark a subtle but important shift in emphasis in how the central bank talks about what it is doing, one Powell may well emphasize when he takes the podium at a mountain resort lodge outside Jackson, Wyoming at 10 a.m. EDT (1400 GMT).

In recent weeks, Fed officials have shifted from avoiding the “R” word, saying their hope was to avoid a recession, to downplaying the significance of one, particularly in the context of the worst outbreak of inflation in 40 years. Controlling the growth in price pressures remains their prime focus.

“I don’t see the risk of a sustained or deep recession to be very high,” Philadelphia Fed President Patrick Harker said in an interview with CNBC on Thursday.

The language matches expectations coming out of the United Kingdom and other parts of Europe that central banks may need to continue raising interest rates even in the face of a downturn, rather than provide help in the form of lower borrowing costs that would boost the economy and employment.

As much as central bankers have tried to avoid a tradeoff between inflation and jobs, a sacrifice they feel they wrongly made in recent low-inflation years out of a misplaced fear of rising prices, they acknowledge they may have no choice in the current environment.

The pain of a modest recession would be severe for those who lose their jobs. The costs of runaway inflation, in the Fed’s view, would be much higher and come with even worse risks for the future.

The task now is to sell that view to the public.

“The labor market is very tight … I suspect to get some loosening in that labor market you will see higher unemployment” as the Fed cools the economy, Kansas City Fed President Esther George told CNBC on Thursday.

The Fed’s target lending rate, currently set in a range of between 2.25 percent and 2.5 percent, may need to rise above 4 percent, George said, and “we will have to hold” for some time as inflation falls.

There is no guarantee how long that may take or what cost may be required in terms of lost jobs and output.

But it would be an epochal moment for the Fed. The U.S. federal funds rate was last above 2.5 percent in 2008, when the central bank was slashing it in response to the fast-accelerating global financial crisis. Rates have not been held steady at a level that high since 2006-2007, when a credit-fueled housing bubble began to collapse.

The outcome back then was bad: A long and scarring recession, fueled by a banking system collapse, and with a painfully slow recovery in its wake.

The hope this time is that if a recession happens any time soon it will be shallow, held in check by the fact that the financial system is better buffered and not as prone to the problems that can turn a modest dip into something worse. Corporations and households, meanwhile, are on the whole less debt-burdened.

If inflation can be managed without a deep collapse, it could even signal a return to a simpler style of central banking where the peaks and valleys of the business cycle are managed with changes to the federal funds rate alone.

With the onset of the 2007-2009 recession, the Fed cut interest rates to near zero for the first time. As it became apparent the economy needed more support, the central bank rolled out a new bond-buying program and other initiatives, efforts that were replicated and expanded to fight the recession triggered by the pandemic in 2020.

The Fed has spent much of the last 15 years, in fact, preoccupied with how to manage policy at the “zero lower bound,” justifying expansive “quantitative easing” asset-purchase programs to politicians, researching their effectiveness, and figuring out how to exit them.

Much will depend on how steadily inflation falls and how fast unemployment rises.

But if the current approach succeeds, the Fed may be about to turn the page on the era of “unconventional” monetary policy and return to something more akin to the approach seen in the 1990s and early 2000s.

“They will have reset the monetary policy table back to an era where risks are two-sided on both output and inflation … and that means you are more comfortable with conventional policy,” said Vincent Reinhart, a former Fed staffer who is now the chief economist at Dreyfus and Mellon. “It’d be a very big win.”