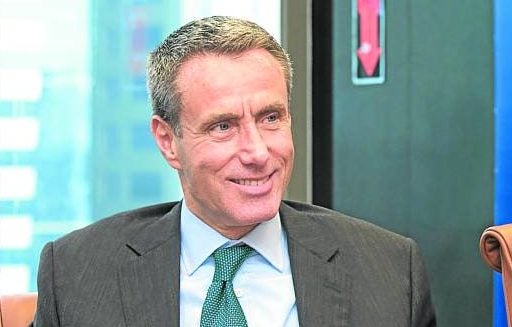 Citi Asia-Pacific CEO Peter Babej has affirmed the global banking giant’s commitment to the Philippines, which is seen to remain a priority market for Citi even after it bowed out of the local consumer and retail banking businesses.

“We’ve been here for 120 years. We’re looking forward to the next 120 years,” Babej said in an interview with Inquirer during his recent trip to Manila.

For the next several years, Babej expects the country to deliver at least 6.5 to 7.5 percent growth in gross domestic product (GDP) and even pick up the pace of expansion to 8 percent over the long term. From a macroeconomic perspective, he said the country was in a “good place.”

“We have a significant opportunity in the Philippines. The Philippines has done an exceptional job leveraging human capital, leveraging talent. The BPO (business process outsourcing) business in the country is very strong. It’s a great services economy and has a deep capital market driven by domestic investors.”

In its Philippine BPO or shared services hub, which services about 90 jurisdictions in its global network, Citi employs about 6,700. Babej expects this unit, called the Citi Service Center (CSC), to grow in line with the group’s broader business.

Asked how the country would likely be able to attract more foreign direct investments, Babej said the story of the Philippines was one that would still have to be told more aggressively to the global audience.

However, he said multinational corporations already appreciate the country’s strengths —strong central bank and national financial management, favorable demographics, English-speaking populace as well as the market and structural reforms undertaken over the years.

Babej’s optimism on the country is consistent with the group’s upbeat view on Asia as a whole.

“I think the opportunity in Asia is massive. This is 60 percent of the global population. It’s well over a third of global GDP,” he said.

Earlier this month, Citi announced the completion of the sale of its local credit card, unsecured lending, deposit and investment businesses, as well as Citicorp Financial Services and Insurance Brokerage Philippines Inc. (which provides insurance and investment products and services to retail customers) to Union Bank of the Philippines. The transaction is expected to result in a capital benefit of around $700 million.

This was the second divestment to date among the 14 consumer markets in Asia, Europe, Middle East and Mexico that Citi intends to exit as part of its strategy refresh.

To date, the bank has signed deals for the sale of nine of these markets, including the previously announced completion of Australia and is in the process of winding down consumer banking in South Korea.

From hereon, Citi is focusing on institutional business in the country. Citibank N.A. Philippines banks over 950 multinational Companies and over 100 top local corporates. It is also the bank of choice of 90 percent of the top 20 companies in the country by listed market cap and the sole settlement bank for the Philippines Domestic Dollar Transfer System (PDDTS) for the past 28 years.

“We do plenty of transactions but our primary focus with clients is not transactional. It’s to be their banking partner. The relationships that are the most important and additive for the client and ultimately for us, are the ones where we have a long term, shoulder to shoulder partnership,” Babej said.

Overall, he said Asia was a huge priority for Citi. “But we don’t look at it primarily as a revenue opportunity, because in our business, if you really want just revenue growth it’s actually not that hard to come by,” he said.

“Optimizing our return on capital, return on equity for shareholders, but also returns for other stakeholders, that’s very important to us, much more than how much are we growing the top line or how big is the balance sheet,” he added.