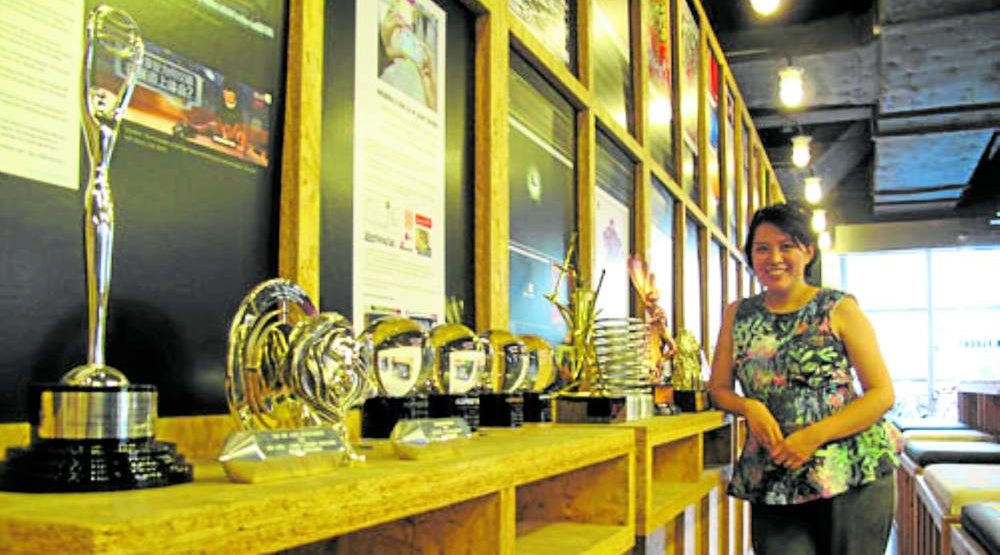 While most Filipinos dream of living the life of an expat in Western countries, Caroline Ong wanted to try her luck in a country closer to home and her heart.

“I want to work in China.” This is what she manifested to the universe even before she became a global advertising creative and paved the way for the brand of Filipino creativity to be recognized in the world stage.

Carol, who hails from Bacolod City, is a third-generation Chinese-Filipino. In order to come full circle with her Chinese roots, she wanted to study Mandarin so she could work in Shanghai.

“I dreamed of coming to Shanghai way before it became hip. To my dismay, I couldn’t afford to pay for the tuition and living expenses without work. I couldn’t find scholarships. I looked for job opportunities, but why would anyone hire an English copywriter in a non-English speaking country? I made a game plan. My work portfolio should be so strong, [that] I’d get hired despite my zero Mandarin [skills],” she recounts in an email interview with the Inquirer.

And so she enrolled in Mandarin classes. She worked her way up and filled her resume with multinational companies and brands that ad agencies abroad would recognize.

Her journey as a Filipino expat in China began in 2006 when she received a call from Bartle Bogle Hegarty (BBH), which has built many of the world’s most illustrious brands. She was invited to help start up BBH in Shanghai.

She had no idea that BBH is one of the world’s legendary ad agencies and she was the first Filipino creative to be recruited by this firm anywhere in the world.

She sought the guidance of her boss, David Guerrero of BBDO-Guerrero Ortega, who told her to go for it because if she did well, it would definitely open more doors for other Filipino creatives.

“When I first came, I had to adjust to a First World mindset. Shanghai has opened a world of opportunities and expanded worldview that seemed unimaginable back home. The mindset here is we can be the best in the world, and we deserve the best of the world. Working with the best of the best in various global markets, I realized we, Filipinos, are as good, even better in some ways,” she explains. 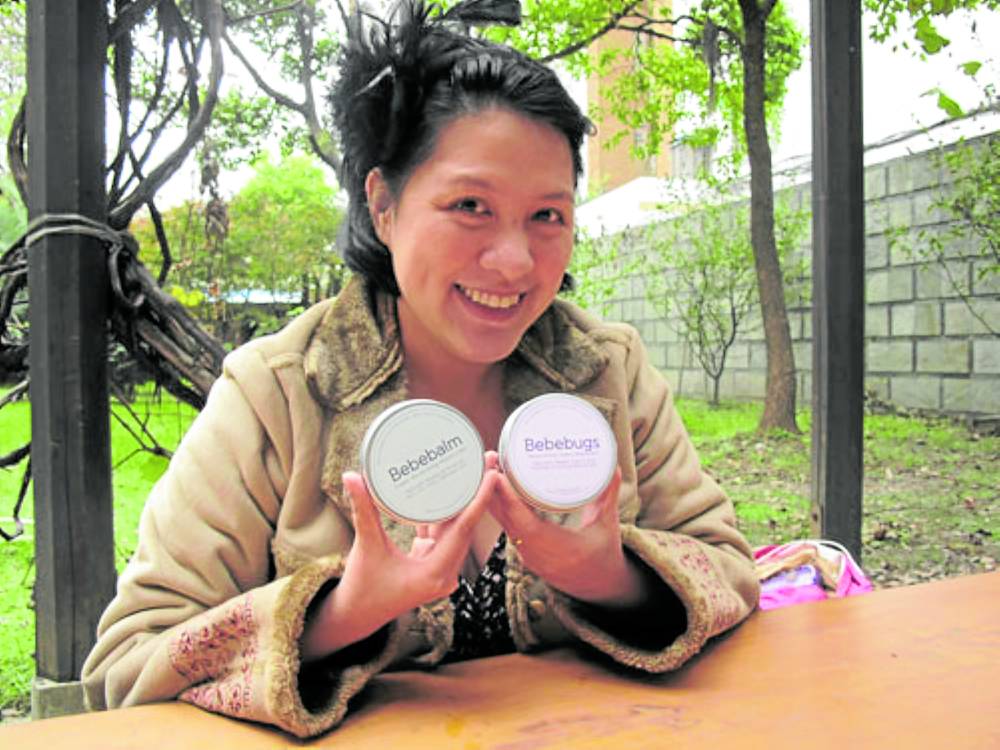 GOOD FOR HER OWN KIDS Ong with her proprietary Bebebalm skin-care line.

Carol hit the ground running and introduced humor advertising to the Chinese market. Her Mentos Gum ad campaign was both a commercial and creative success, recognized as one of the Top 100 Ads in the World by the Gunn Report. It swept the awards shows in China, including the Best in Show at the prestigious China 4As Golden Seal Awards. It was one of the first ad campaigns that China exported around the world.

Determined to prove that Filipino creatives are a cut above the rest, Carol made sure that every project she worked in raised the bar for creative standards not only in China but globally as well.

One of her most notable projects included the 2009 breakthrough mobile campaign for World Wildlife Fund for Nature China. The “Fate’s in Your Hands” campaign swept innovation awards at The Webby Awards, the Adfest Innova Lotus and in major international festivals.

She created from scratch an augmented reality virtual bear during the presmartphone era, when mobile entertainment was just limited to fancy ring tones. The virtual bear interacted with the real environment wherever you pointed your cellphone camera. It then directed the viewer to a digital petition to affect real change for the environment.

Her reputation for being one of the hottest creatives in Asia led to invitations to join the jury of prestigious International Festivals of Creativity, including the Cannes Lions and Spikes Asia in 2017 and 2018; and the Dubai Lynx Awards in 2020 and 2021. She has been a mentor at the Cannes Lions See It Be It.

For her exemplary contributions in the field of advertising and creativity, former President Rodrigo Duterte had bestowed upon Carol the Pamana ng Pilipino Award (Filipino Heritage Award), which is accorded to global Filipinos who have brought honor and recognition to the country. She is the first in the advertising and creative industry to be given this honor, and the first Filipina from China to be recognized.

“I am grateful that the Philippines and the Office of the President is recognizing the role of creatives and the creative industry in nation-building. Filipinos are naturally creative. This is our strength. It’s about time we harness this strength and export our Filipino brand of creativity to the world,” she says. 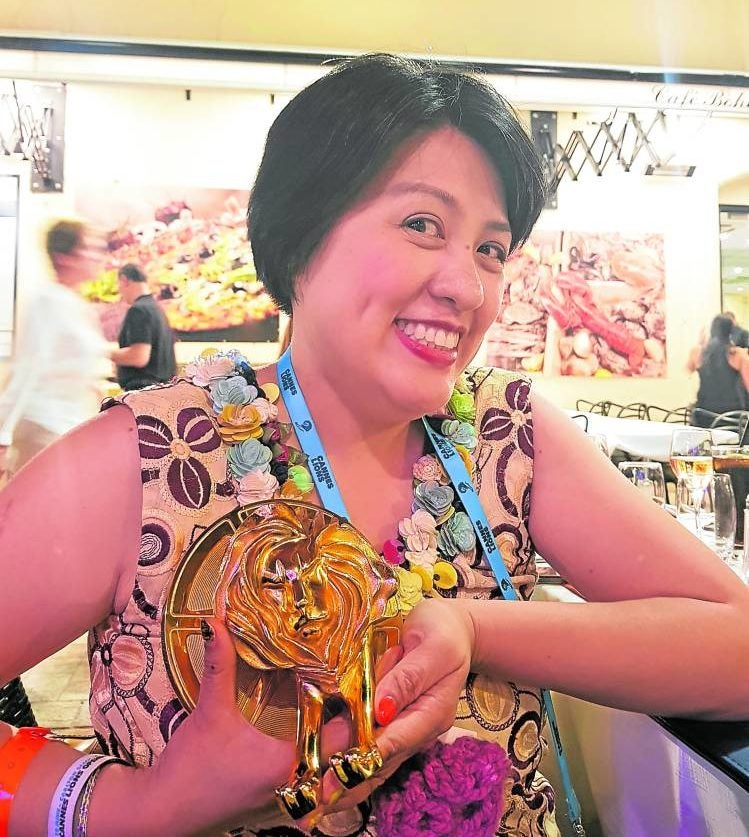 Learning as an expat

Carol describes her life as an expat in China as a period of growth. “In every sense of the word, I grew exponentially—in my life view, advertising career, my family, especially my waistline,” she adds. She only intended to stay in Shanghai for two years. Now, she has been there for 16 years. Being a firsthand observer in a foreign country has broadened her insights on the Chinese culture. They taught her several important life lessons such as getting something “done is better than [getting it] perfect.”

“Time is a valuable resource for the Chinese so they act fast and fix it as they go. Wasting time is wasting money and opportunities. They also taught me that ‘giving face’ is a complex culture of showing respect and dignity in any situation. It is a big no-no to make a person ‘lose face’ or get embarrassed, especially in public. The Chinese also believe we may have to ‘take a loss to make a win.’ The long-term relationship is more valued than short-term monetary gains.”

Carol’s work as a creative entailed a lot of stress and pressure. Through it all, she learned to live by a simple mantra of having “less regrets.” “When I face a crossroads and both paths have equal pros and cons, I ask myself, ‘When I’m 90 years old and look back, which path will I regret less even if I fail?’ The answer gets clear. It’s not being brave; I just fear I’ll regret not doing it while I had the chance,” she explains. She wants her three children to also live by this mantra.

During her downtime, Carol enjoys studying and formulating plant-based skin-care products to solve the needs of her family. She recounts that her first baby was born with very dry and itchy eczema. No medication seemed to work on her son’s skin problem. Luckily, her husband, Mike, is a doctor. The couple teamed up to make their son’s skin healthier. Their combined knowledge of science and nature led to the formulation of good yet gentle plant-based skin-care solutions for their baby.

It was through this experience that Carol felt it was time to take another big leap. After giving it much thought, she left her expat advertising career to become a ‘mompreneur.’ She is now the founder of Bebebalm, a natural skin product line for moms, babies and kids, and those with sensitive skin.

“My passion led me to create products to soothe rash, itchy insect bites, scars and pimples, pain rescue. This has become my purpose and full-time work, while advertising has become my hobby. Freelancing makes advertising fun again because big brands have the resources to execute my big ideas, and I get more challenging briefs that clients and agencies cannot solve in-house,” she says.

As a way of giving back, Carol also cofounded the Philippine Chamber of Business and Professionals, Shanghai in 2018. This organization aims to showcase and facilitate entrepreneurial exchange between the Philippines and China. It also aims to uplift the image of Filipino entrepreneurs in China.

But like all Filipinos living abroad, she often finds herself daydreaming of coming home. “My hometown, Bacolod City, is a champ in slow living [and] wonderful slow food. There’s a chill vibe that feels like it doesn’t take much to enjoy a good life. It’s a different universe from lightning speed [life in] Shanghai where the moment you pause, you get left behind,” she explains.

Being a trailblazer in the advertising and creative industry, Carol is a firm believer that networking is the key to achieve success in this high-strung field. “It’s not only what you know, it’s not who you know, but who knows you. You may be the best person for the job but if no one knows you exist, you won’t get the opportunity. We must get out there and build our network because good things come to those who are top of mind,” she adds.

To those who are thinking of getting into advertising as a career, Carol advises them to proceed with an abundance of caution and optimism amid the emergence of artificial intelligence (AI) that has changed the landscape of advertising.

“We are in the age of AI. Any routine work can be done faster by AI: call centers, banking, law, cashiers, drivers are being automated. But AI needs human creativity to function. Creativity is future-proof. Filipinos are naturally creative and ingenious, these are strengths we can export: creativity in people, products or services.”

“[That] said, good enough isn’t good enough. AI can generate 20,000 lines of copywriting per second, art direct and render good graphic design in minutes. We need to persevere, hone our skills to stay relevant, and be ahead of AI,” she says.