Japan has gained global renown for being one of the most advanced countries when it comes to technology. Numerous technological advancements and innovations across various industries and sectors, such as infrastructure, construction and home design, have since transformed and improved the quality of life today. Here are some of them. 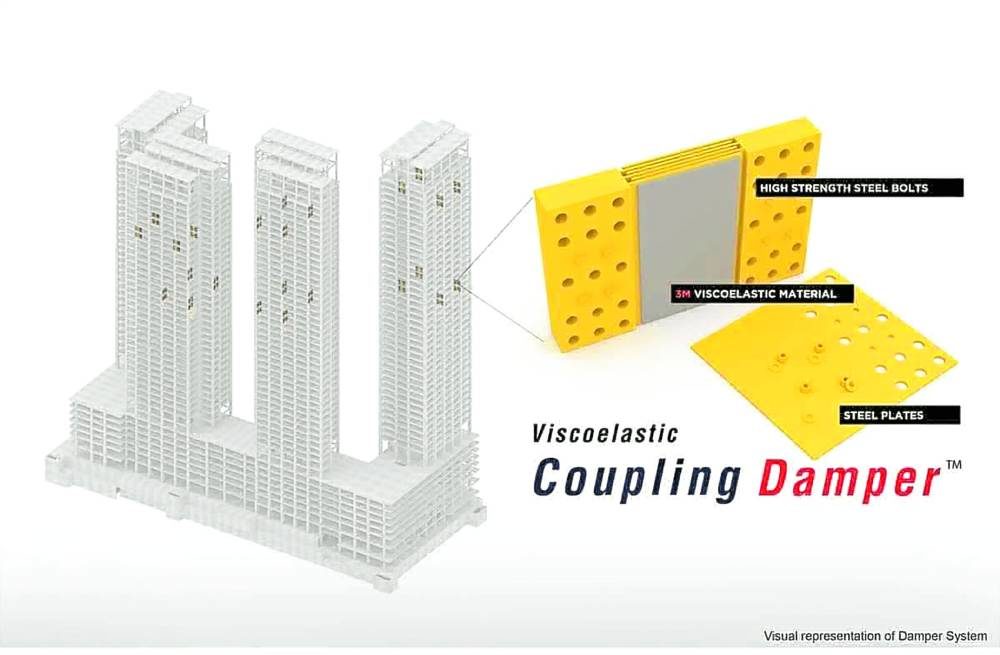 Developed by Nippon Steel Engineering, the viscoelastic coupling damper (VCD) acts like a shock absorber in a vehicle. VCDs absorb the vibrations and mitigate the shock when earthquakes or heavy wind loads hit a building. These also provide imminent damping to ensure comfort. The maintenance-free technology does not require a ventilation system and has a shelf life of more than 50 years.

The term shinbashira refers to the center column built in multistoried pagodas. The Center Column Vibration Control—a vibration suppression technology present in Tokyo Sky Tree—is similar to the core pillar used in ancient pagodas and is one of the reasons why the 634-meter structure withstood the March 11 earthquake.

The cylindrical column made of reinforced concrete is built at the core of a building. It is structurally separated from the main tower structure and usually heavier than the main structure. The pillar barely vibrates.

The shinbashira and the building are joined by steel beams and devices called dampers, which suppress vibrations by stretching and contracting within the sections. Acting as a counterweight, the shinbashira moves independently of the tower when shaken by an earthquake or storm. If the two move in opposite directions, the vibration is canceled. 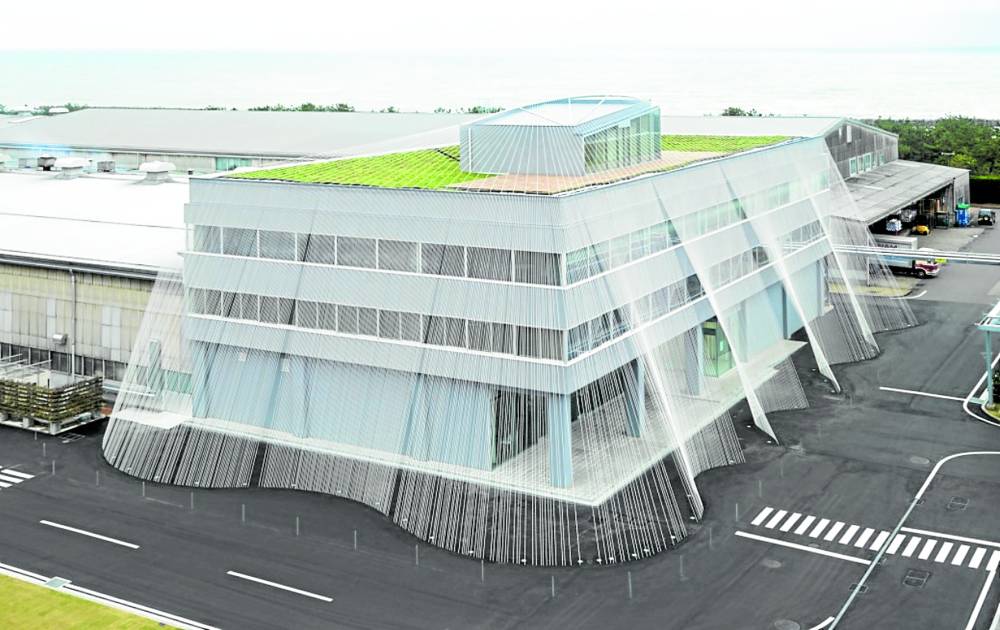 The CABKOMA strand rod, developed by Komatsu Seiten Fabric Laboratory, is a thermoplastic carbon fiber composite with thin, oriented carbon fiber strands used for the interlining. The approximately nine millimeter roll of rods is covered by an outer layer composed of synthetic and inorganic fibers, which aim to prevent the weathering of the carbon fibers. The combination is then impregnated with thermoplastic resin.

The rod, considered the lightest seismic reinforcement in the world, has high tensile strength. It is usually used as a link between the roof level and the foundation level. The net of rods can also be applied as external bracing to structures. It helps alleviate the stress placed on a building when a seismic event occurs as it provides an alternate path for the forces to be transferred to the ground. 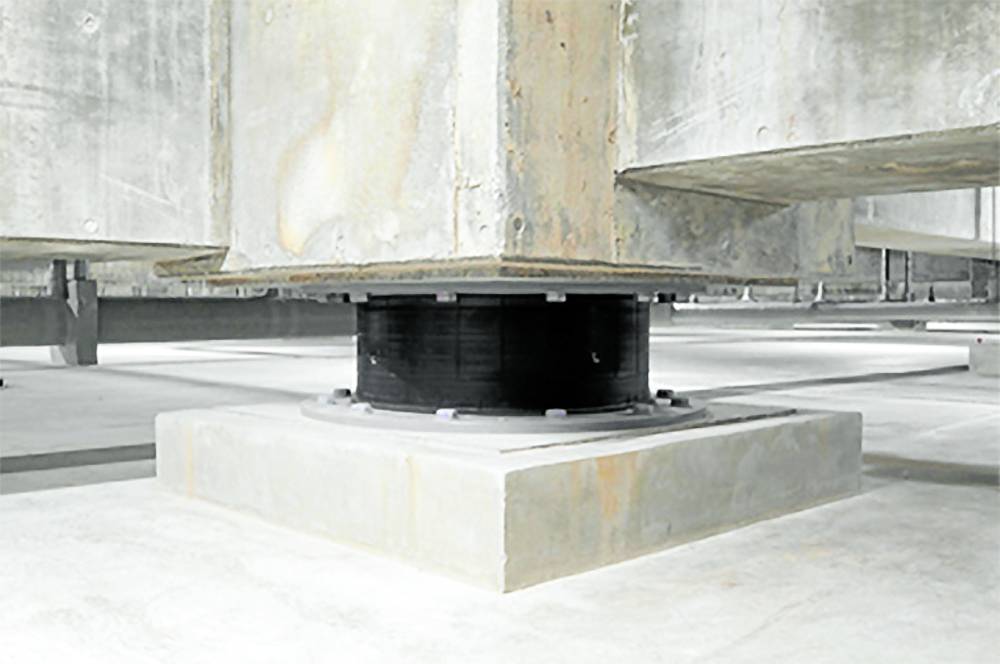 Seismic isolation devices are installed under the infrastructure. The devices are made from material such as laminated rubber, produced by stacking sheets of rubber and metal on top of each other like a mille-feuille or custard slice. During an earthquake, the technology deforms and absorbs horizontal tremors, which reduces the extent to which the building shakes and prevents tremors from reaching the building. 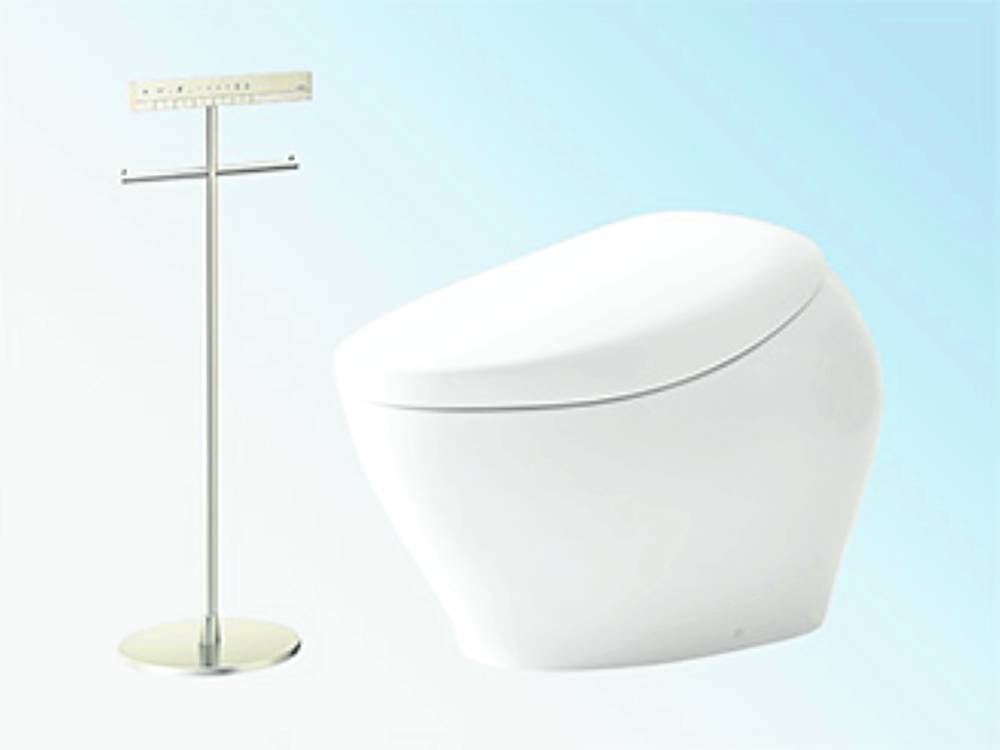 First developed by Japanese sanitaryware manufacturer Toto, the dual flush system allows users to use either a six-liter or three-liter water closet in their toilets. It promotes water conservation and has developed a power-flushing system.

With the tornado flushing system, water comes out in a strong swirling motion and increases speed in the middle in order to flush down everything–instead of it simply coming down from the side of the bowl. The rimless tornado flush technology was first built into Toto’s new Neorest in 2002.