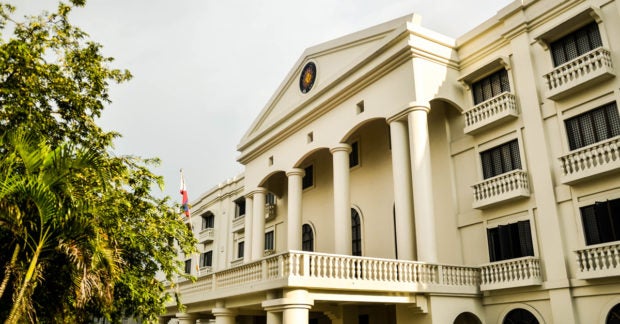 MANILA, Philippines—Before Rodrigo Duterte stepped down as president on June 30, the Department of Budget and Management (DBM) had already released 93.2 percent, or P4.68 trillion, of the entire P5.02-trillion national budget for 2022.

These were budget releases to agencies and not yet actual spending.

Allotment releases were usually being distributed throughout the year, depending on the schedule to roll-out projects. Implementing agencies obligate their respective funds or award contracts, before disbursing money.

For the second half of the year, the Marcos administration still needed to release the remaining P343.9 billion in this year’s budget.

DBM data showed that the pace of releasing this year’s budget funds was faster than the 85.1-percent rate—or P3.83 trillion out of the P4.51-trillion 2021 budget—released as of end-June last year.

Among funds under Republic Act (RA) No. 11639—or the 2022 general appropriations act (GAA)—allotment releases from January to June amounted to P3.07 trillion, or 91.8 percent of the P3.34-trillion full-year program.

Comprehensive releases to government departments as of June reached P2.78 trillion, or 96.3 percent of the programmed P2.88 trillion for 2022. On special purpose funds, P290.3 billion, or 63.5 percent of the P457.2 billion allotted for this year, had been released.

Automatic appropriations—programmed over a period prescribed by law through legislation requiring periodic action by Congress–amounting to P1.41 trillion, or 83.6 percent of the P1.68-trillion program for 2022, had been released during the six-month period.