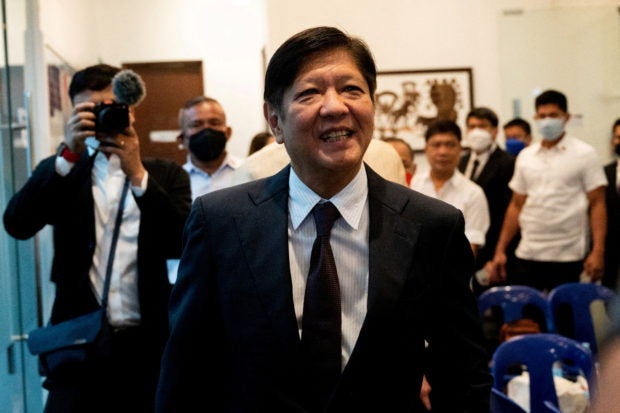 Incoming President Ferdinand “Bongbong” Marcos Jr., who will be inaugurated as the 17th president of the Philippines on June 30, made the unorthodox decision to concurrently take on the role of secretary of agriculture.

At a press conference, he said, “ .. As to agriculture, I think that the problem is severe enough that I have decided to take on the portfolio of the secretary of agriculture at least for now. We will rebuild the value chain of agriculture.”

With this statement, one wonders, how severe is the problem?

While rebuilding the value chain (the integrated range of goods and services necessary for an agricultural product to move from the producer to the final consumer) is important, there is in fact something more urgent: a hunger crisis.

In March of 2021, the New York Times already reported that “a global food crisis looms,” giving the foreboding statement that “instead of coronavirus, hunger will kill us.” Just this month, food shortage was predicted by a health expert to be “the next health crisis.” Peter Sands, the executive director of the Global Fund to Fight AIDS, Tuberculosis and Malaria, explained: “Growing food shortages may represent the same health threat to the world as the COVID-19 pandemic. … Food shortages work in two ways. One is you have the tragedy of people actually starving to death. But second is you have the fact that often, much larger numbers of people are poorly nourished, and that makes them more vulnerable to existing diseases.” He also went so far as to warn that countries must also invest in strengthening health systems as preparation for the repercussions of food shortages.

Many of the countries that are most affected are countries with conflict: Afghanistan, the Democratic Republic of the Congo, Ethiopia, Haiti, Nigeria, Pakistan, South Sudan, Sudan, Syria and Yemen. However, the Philippines has its own hunger challenges. The latest Social Weather Stations (SWS) Survey, conducted from April 9 to April 27, reflected that a total of 12.2 percent of Filipinos, or an estimated 3.1 million families, experienced hunger in the first quarter of 2022. This is the worst level of hunger in Metro Manila since 1998. SWS said: “The experience of hunger was highest in Metro Manila at 18.6 percent of families, followed by Mindanao at 13.1 percent, Balance [of] Luzon at 11.7 percent, and the Visayas at 7.8 percent. … It has been highest in Metro Manila in 23 out of 97 surveys since July 1998.”

The irony is that in January of 2020, an Inter-Agency Task Force on Zero Hunger was created. The task force boasted that it achieved the creation of “Pilipinas Kontra Gutom,” a multisectoral antihunger initiative. The initiative proudly presented four “A” frameworks:

• Availability relates to food production by improving the productivity and income of the farmers and fisherfolk. It will also ensure a resilient food system;

• Adequacy addresses hidden hunger with the vision of ending malnutrition experienced by children under 5 years old as well as pregnant women and lactating mothers; and finally,

• Assistance addresses hunger and ensures a resilient food system during crisis periods such as the current pandemic or natural disasters. Abawow!

Some solutions that have been presented by experts to address world hunger are: climate smart agriculture, reducing food waste, disaster risk reduction, controlling infestation and crop infections, enhancing crops with biofortification, improving food storage systems, access to credit and urban farming. Of these, disaster risk reduction evidently must be an urgent priority as the damage from typhoons year after year is significant.

Certainly, the incoming president and his advisers, especially the economic managers, can identify the most urgent problems and create an achievable action plan to genuinely address the hunger problem. Hopefully, with incoming President Marcos’ daring decision to personally handle the agriculture department, solutions will finally go beyond lip service and sloganeering and we will feel real results, not hunger! INQ