Historical venues for heads of state

Past Philippine presidents have chosen different venues for their inauguration, a ceremony that officially marks their assumption into office. President-elect Ferdinand Marcos Jr., for example, is the fourth president to have chosen the National Museum as his inauguration venue. Here are some of the other structures and sites that have been venues for past presidential inaugurations. 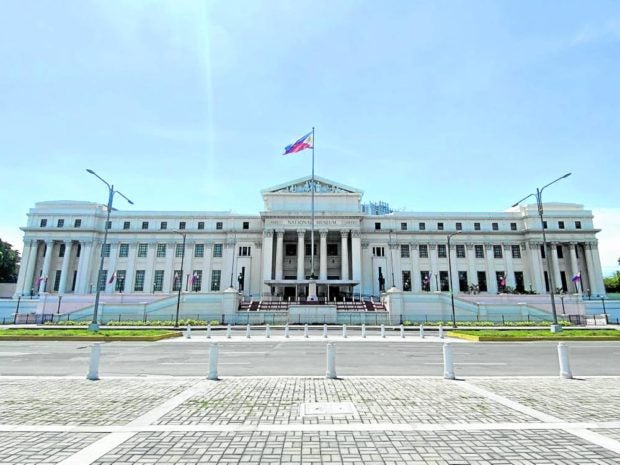 Built between 1918 and 1926, the rectangular four-story building was designed by Ralph Harrington Doane, Antonio Mañalac Toledo and Juan M. Arellano. The building’s central facade is adorned with Corinthian columns, ornate carvings and statues.

The Legislative Building served as the home of the country’s bicameral legislature from the American colonial era, until the declaration of Martial Law in 1972, during which it was used as an Executive House of the Prime Minister. After the Senate and House of Representatives moved to separate locations, the Legislative Building became the permanent home of the National Museum under a 1998 law. It was declared as a National Historical Landmark in 2010. 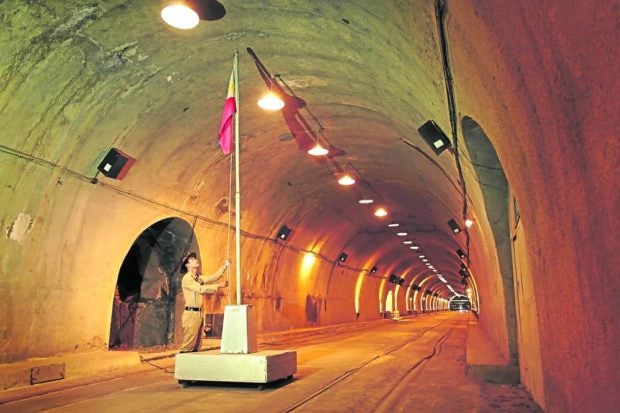 For his second term, Quezon’s inauguration was held at Malinta Tunnel in Corregidor Island.

The Malinta Tunnel, named after the leeches found in the area during its construction, became a hideout during the war due to its arch shape and solid concrete construction. It was the last military stronghold of the Allied forces before their surrender to the Japanese.

For their second term, Roxas and Elpidio Quirino held their inaugurations at the Independence Grandstand, later named Quirino Grandstand.

This historic site has also been a place for events of national importance such as political rallies, Independence Day rites, and international celebrations. 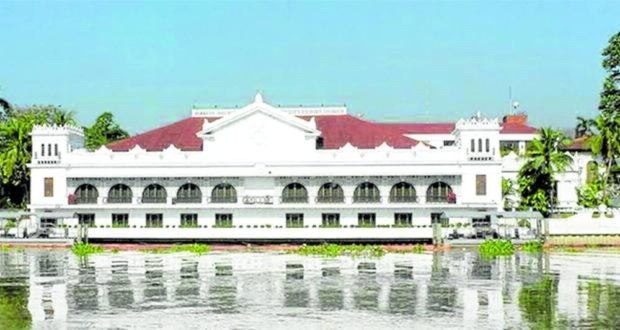 For their first terms, Quirino and Garcia were inaugurated at the Malacañan Palace, specifically at the Council of State Room, while outgoing President Rodrigo Duterte’s inauguration was conducted at Rizal Hall, the largest room in the Palace.

The Palace, found in the Old Manila district of San Miguel, has been home to past leaders of the land for over 175 years. The neoclassical palace has since undergone several renovations and expansion including extensive remodeling work spearheaded by former First Lady Imelda Marcos during Martial Law. In 1998, the National Historical Institute declared the Palace as a National Historical Landmark. 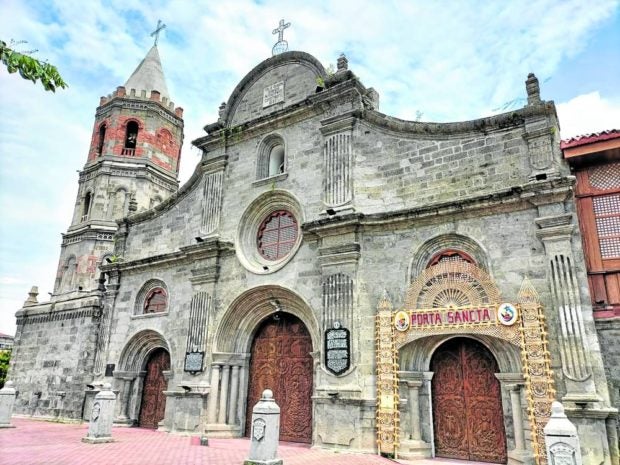 Emilio Aguinaldo, the First Philippine Republic president, and Joseph Ejercito Estrada were both inaugurated at the Barasoain Church in Malolos, Bulacan.

The stone church, known as Our Lady of Mount Carmel Parish Church, displays Baroque architecture in Spanish structures. Other significant events in Philippine history that occurred in the church include the convening of the First Philippine Congress and the ratification of the Malolos Constitution. 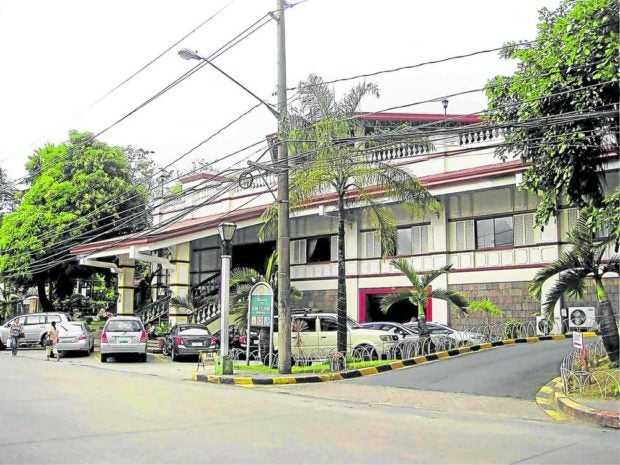 Former president Cory Aquino was inaugurated at Club Filipino in Greenhills, San Juan City. The social club and recreational facility was initially established as an elite gentlemen’s club, with Ilustrados and Filipino politicians as its first members.

“Club” is pronounced as “kloob” in true Spanish fashion.

The club hosted several significant political events that shaped the country, most notably the first celebration of Rizal Day in 1898 and the inauguration of Corazon Aquino after the 1986 People Power Revolution. In 1907, the clubhouse served as the venue of Velada Artistica which commemorated 59 government officials, all of whom are under the Nacionalista Party and part of the first assembly of the Philippines. 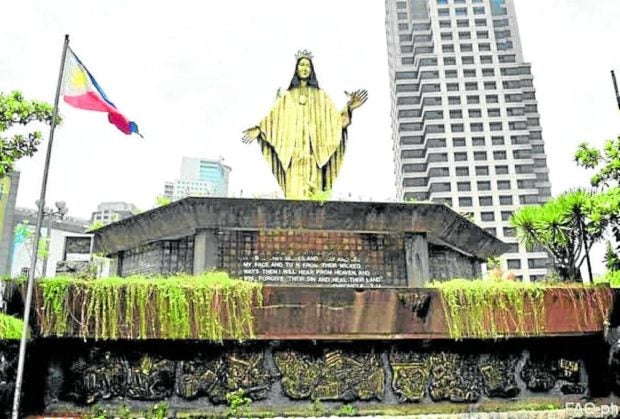 Our Lady of Edsa Shrine

Gloria Macapagal-Arroyo’s first inauguration in 2001 was held at the Shrine of Mary, Queen of Peace, known as the Edsa Shrine.

Sitting at the crossroads of Edsa and Ortigas Avenue, the shrine was commissioned to mark the historic peaceful uprising that toppled Marcos’ two-decade regime. It features an open plaza with the bronze statue of Our Lady of Queen of Peace forming the apex of the structure. The church is filled with artwork by Filipino artists.

The shrine was a brainchild of the late Manila Archbishop Jaime Cardinal Sin, who convinced the families of Paquito Ortigas and John Gokongwei to donate the lot. Ar. Francisco Mañosa, a proponent of vernacular Filipino architecture, designed the church with preparatory work from National Artist Leandro Locsin and Ar. William Coscolluela.

In 2019, the shrine was recognized by the National Commission for Culture and the Arts as an “important cultural property.” 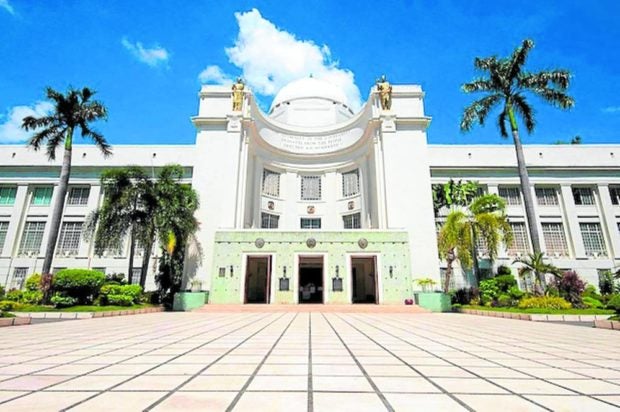 In 2004, Arroyo held her second inauguration in the Cebu Provincial Capitol, making her the first President to take her oath in the Visayas. This was said to be her way of thanking the Cebuanos, because during the elections, she shellacked Fernando Poe Jr. in the city and province of Cebu by over a million votes.

The U-shaped Capitol Building, which stands where Osmeña Boulevard and kilometer zero start, was designed by the famous Filipino architect Juan M. Arellano. It has been declared a National Historical landmark and is known as one of the oldest and most beautiful edifices of its kind in the country.