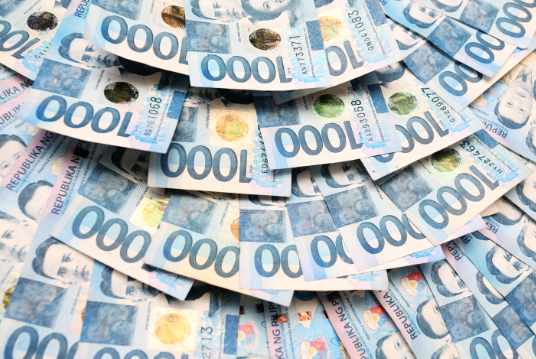 MANILA, Philippines—The ban on new projects ahead of the May 9 elections reduced spending on public goods and services that month, narrowing the national government’s budget deficit by more than a fourth to P146.8 billion.

In a report last Monday (June 20), the Department of Budget and Management (DBM) already conceded a slight year-on-year decline in May’s government spending “owing mainly to the impact of the election ban and timing of subsidy releases.”

Meanwhile, payment for interest on ballooning debts incurred due to the prolonged pandemic climbed 16.9 percent to P33.8 billion in May.

The Bureau of Internal Revenue (BIR) collected P216.6 billion in taxes, up 17.9 percent year-on-year but slightly below the P216.9-billion goal for the month.

Thanks in part to expensive oil, the 36.4-percent growth in import duties and other taxes generated by the Bureau of Customs (BOC) last May was the highest monthly increase so far this year, the BTr said. The Philippines is a net importer of currently costly fuel, whose tax rates are based on value.

Lower expenditures prior to the national elections, growth in revenues, sustained robust growth amid further economic reopening made May’s budget deficit 26.7-percent smaller than the P200.3 billion a year ago.

From January to May, the cumulative budget deficit also narrowed by 18.9 percent year-on-year to P458.7 billion.

Expenditures in the first five months grew 4.7 percent to P1.89 trillion, including a slower 2.6-percent increase in productive spending to P1.68 trillion. Cumulative interest payments soared 23.4 percent year-on-year to P220.5 billion, “accounting for 15.3 percent of revenues and 11.6 percent of expenditures, up from last year’s 14.4 percent and 9.9 percent, respectively,” the BTr said.

The government’s end-May revenue take grew at a faster pace than expenditures, by 15.5 percent to P1.44 trillion.

The Development Budget Coordination Committee (DBCC) had programmed total revenues to hit P3.3 trillion this year against a record P4.95 trillion in disbursements, to narrow the budget deficit to P1.65 trillion, equivalent to 7.6 percent of gross domestic product (GDP).

As the government spent more amid the prolonged fight against COVID-19 while revenue collections gradually recovered alongside economic rebound from the pandemic-induced slump, the Philippines’ budget deficit last year ballooned to a record P1.67 trillion, or 8.6 percent of GDP.

In an economic bulletin on Thursday, the Department of Finance’s (DOF) chief economist and retired undersecretary Gil Beltran reiterated the need for fiscal consolidation — higher or new taxes coupled with budget cuts except on infrastructure — to repay the debts that piled up due to COVID-19 as well as revert the budget deficit to pre-pandemic levels of 3 percent of GDP, as president-elect Ferdinand “Bongbong” Marcos Jr.’s economic team wanted to do by 2028.

“Absent new tax measures and further cuts in spending, the latest baseline scenario projects the deficit reaching 4.1 percent of GDP by 2025, down from 2021’s 8.6 percent. Mobilizing an additional P250 billion a year will cut further the deficit so as to reach around 3.2 percent by 2025, a figure comparable to the pre-pandemic deficit of 3.4 percent,” Beltran said.

The DOF’s fiscal consolidation proposal to be turned over to the next administration was estimated to raise an average of P349.3 billion in incremental revenues yearly from 2023 to 2027, although Marcos Jr. himself was cold to tax hikes amid still fragile economic recovery.

For Beltran, “it is therefore important to restore fiscal health and build up reserves when the economic weather is fine so as to have the capacity to respond again should shocks materialize.”

“This is akin to having insurance that covers for contingencies. Not having one is a fool’s game and fiscal heartaches hit the hardest when it’s too late,” Beltran said.