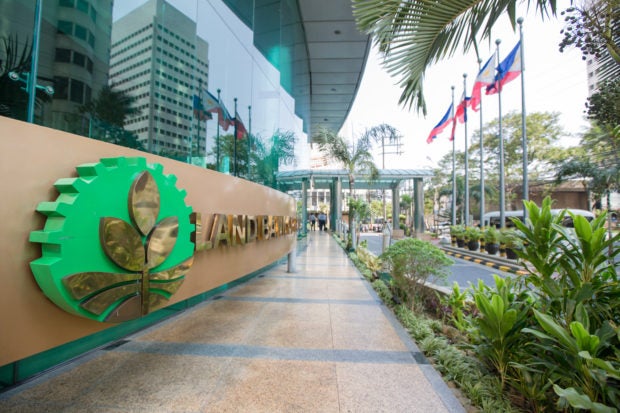 MANILA, Philippines—The state-run Land Bank of the Philippines (Landbank) is now lending to rural banks that wanted to digitize operations to better serve their clients.

In a statement on Sunday (June 12), Landbank said its P1-billion digitalization of countryside financial institutions (DIGI-CFI) lending program aimed to “finance digitalization projects, including payment for subscription or licensing fee for commercial software or outsource information technology (IT) systems.”

Landbank financing could bankroll rural banks’ purchases of both hardware (computer equipment) as well as software such as applications and systems, plus their maintenance and support.

“Under the DIGI-CFI lending program, rural, thrift and cooperative banks can borrow up to 80 percent of their total project cost with an interest rate of 5 percent per year for term loans, fixed for the first year and subject to re-pricing thereafter, and payable up to five years,” Landbank said.

“For short-term loans, the prevailing rate of Landbank at the time of availment applies, but not lower than 5 percent per annum, payable up to one year, and available via a 180-day promissory note,” it added.

Landbank president and chief executive Cecilia Borromeo said financial institutions in the countryside needed digital transformation to remain not only resilient but also relevant given what she described as an “evolving” banking industry.

“Landbank aims to boost the capacity of rural banks to contribute to the digitalization wave. The possibilities for growth are endless, with the end-goal of promoting financial inclusion, and providing innovative and responsive digital financial services,” Borromeo said.

As of April, Landbank lent 88 financial institutions operating in rural areas a total of P9.7 billion.