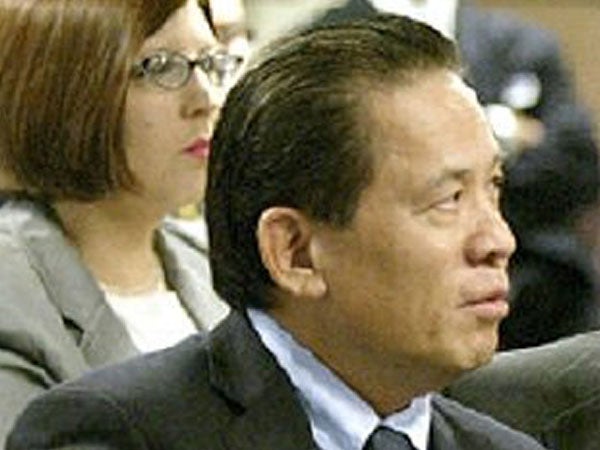 MANILA, Philippines — The deposed board of Tiger Resort Leisure and Entertainment Inc. (TRLEI), operator of Okada Manila, sued the camp of Japanese gaming tycoon Kazuo Okada for kidnapping after the latter’s “hostile takeover” of the casino hotel last week.

TRLEI director James Lorenzana and TRLEI co-vice chair Michiaki Satate also filed on Monday complaints of grave coercion and unjust vexations as they were “manhandled” during the takeover on May 31.

Tokuda was taken “physically from his chair” and “forced… down the lobby and into an unknown vehicle and was brought eventually to his house,” according to the counsel of the removed TRLEI board, which was described as a “kidnapping that happened right in front of our eyes.”

The respondents of the complaints include Okada, Antonio “Tonyboy” Cojuangco and Dindo Espeleta.

Last week, the deposed board of TRLEI said that Cojuangco stormed the Okada Manila integrated resort in Pagcor Entertainment City during a stockholders’ meeting and physically removed TRLEI director Tokuda and other executives.

Cojuangco was accompanied by Espeleta, lawyer Florencio Herrera III and at least 50 private guards, police officers and a sheriff from the Parañaque Regional Trial Court when they “illegally and violently” took over the casino, the deposed board alleged.

The Okada camp was acting on the “status quo ante order” issued by Supreme Court in April, which they claim restores Okada as a shareholder, director, chairman and CEO of TRLEI; the opposing faction refuted this due to lack of basis. Okada was ousted in 2017 for alleged misappropriation of funds.