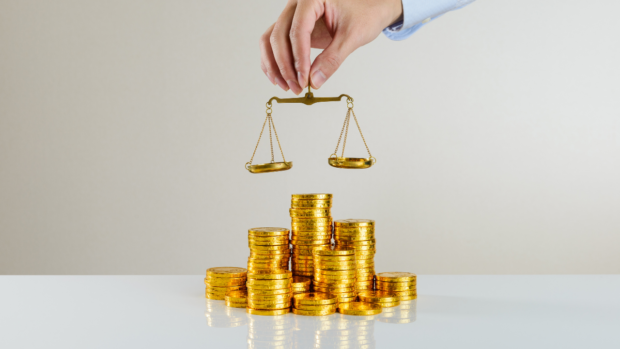 MANILA, Philippines — New and higher taxes, plus a three-year deferral of income tax reductions scheduled for individual taxpayers will be the bitter pill that Filipinos must swallow to repay ballooning debts and bring down the level of these obligations that piled up amid the prolonged COVID-19 pandemic, President Rodrigo Duterte’s chief economic manager said.

According to Finance Secretary Carlos Dominguez III, the proposed fiscal consolidation and resource mobilization plan unveiled by the Department of Finance (DOF) on Wednesday, which it will pitch to the economic team of the incoming Marcos Jr. administration, was be a “doable” set of measures that were “fair, efficient, and corrective” following the incremental P3.2 trillion in debts incurred to beef-up the COVID-19 war chest.

DOF Undersecretary Valery Brion said that had COVID-19 not happened, the Philippines’ outstanding debt would have stood at only P9.9 trillion by the end of this year; however, the debt pile will hit a new historic high of P13.1 billion due to the massive borrowings to buy vaccines, give away dole outs to the vulnerable sectors of society, as well as rollout programs and projects supportive of economic recovery from the pandemic-induced slump two years ago.

As of the first quarter of 2022, the debt-to-gross domestic product (GDP) ratio – which reflects an economy’s capability to repay debts – stood at 63.5 percent, the highest since 2005 and above the 60-percent internationally prescribed best practice for emerging markets like the Philippines, Brion noted. Prior to the pandemic, the debt ratio fell to a record-low 39.6 percent in 2019, but this was quickly reversed by the health and socioeconomic crisis inflicted by COVID-19.

“According to the Bureau of the Treasury (BTr), to prevent having to use borrowings to pay P3.2 trillion in incremental debt, we need to raise at least P249 billion every year in incremental revenues,” Brion said. As such, the DOF proposed to “raise revenues, improve tax administration, and cut unnecessary spending with fiscal reforms.”

With fiscal reforms, the DOF meant another round of the comprehensive tax reform program jump-started by the Duterte administration in 2016.

Based on the DOF’s estimates, the government can raise a total of P349.3 billion in incremental revenues each year if the Marcos Jr. administration will implement three packages of tax reforms starting 2023 up to 2025.

For next year, Brion said the next administration may consider deferring the scheduled reduction in personal income tax rates for the period 2023 to 2025 under the Tax Reform for Acceleration and Inclusion (TRAIN) Act. Brion clarified that this deferment will mean that the lower rates implemented this year would just be retained until 2025, and the scheduled reduction for 2023 would be reflected in 2026 tax payments.

She said this will not affect the spending capacity of consumers given the already lower personal income tax rates being enjoyed at present, compared to before the TRAIN Law took effect in 2018. This measure will generate an average of P97.7 billion in incremental revenues yearly during a three-year period, the DOF’s estimates showed.

To recall, the TRAIN Act shed revenues from personal income taxes, which the law nonetheless compensated through higher or new taxes slapped on consumption.

Similar to what the Duterte administration had wanted but failed to do, the DOF recommended to repeal the exemptions from paying 12-percent value-added tax (VAT) starting 2023, while retaining the VAT-free perk for certain sectors like agricultural products, education, raw food, health, as well as the financial sector, Brion said. This will generate P142.5 billion in additional tax revenues per year, DOF estimates showed. Legislators had shot down attempts by the DOF to remove more VAT exemptions through the TRAIN Law.

Dominguez said that if the VAT base will be expanded by dismantling some special exemptions, the rate of 12 percent may be lowered, similar to the Philippines’ neighboring countries enjoying lower rates due to more efficient VAT collection.

The other reforms proposed by the DOF for implementation in 2023 included: reimposing the 60-month amortization period of input VAT on capital goods; imposing VAT on digital service providers such as online advertisement services, digital services, and supply of other electronic and online services; motor vehicle users’ charge (MVUC) reform by slapping a single and unitary rate based on the gross vehicle weight of all vehicles; levying an excise tax on pickups and motorcycles; as well as establishing a single and rationalized fiscal regime applicable to all mining agreements.

Also for next year, the DOF proposed to impose a mandatory casino admissions charge at a flat rate of P3,500, and a 5-percent tax on gross gaming revenues (gross bets less payouts) of electronic betting activities; slapping a P20 excise tax per kilo on single-use plastic bags; an excise tax on luxury goods, especially what were deemed as “non-essential and semi-essential” goods; and running after more tax-deficient social media influencers.

If the current 18th Congress cannot pass the pending passive income and financial intermediary taxation act (Pifita) as well as real property valuation and assessment reform bills, the incoming 19th Congress needed to do so this year to implement them in 2023, Brion said.

For 2024, the DOF proposed taxing so-called “alcopops,” or those flavored alcoholic drinks available in convenience stores for younger drinkers, at the same rate as fermented liquors, while further jacking up the excise taxes on cigarettes and e-cigarettes. The DOF also pitched a unitary P12-per-liter volume tax rate on sugar-sweetened drinks. The Duterte administration had been raising excise taxes slapped on these so-called “sin” products to raise more revenues to finance the universal health care (UHC) program.

The Marcos Jr. administration was also urged to consider for implementation by 2024 another round of increase in oil excise taxes – by P1 per liter for a minimum of three years, while also repealing Presidential Decree (PD) No. 972 in order to impose excise tax on domestic coal and jack up the levy on imports.

Fast-rising cryptocurrencies and related transactions may also be taxed in 2024, based on the DOF’s proposal.

The DOF also wanted to “strengthen the capacity of the Bureau of Internal Revenue (BIR) to perform transfer pricing audit to address emerging audit requirements” as well as an “extended audit period for transfer pricing” two years from now.

For 2025, the proposed fiscal consolidation plan has scheduled to slap carbon tax or levy on these harmful emissions.

“Credit rating agencies have warned that our ratings may be lowered if our fiscal position deteriorates in the coming years,” Brion said, referring to the investment-grade credit ratings which made it cheaper for the Philippine government as well as businesses to borrow. Despite the pandemic, the Philippines kept its historically high sovereign credit ratings and despite a flurry of downgrades globally, she noted.

“We need to start paying for the debts we incurred during the pandemic, with the first principal payment falling due as early as 2023. The lack of commitment to a clear fiscal consolidation and resource mobilization plan might be seen as a lack of credit-worthiness. With our COVID-19 debts falling due, we also need to fund our interest and principal payments to maintain our credit-worthiness,” Brion said.

For Brion, “if we do not pursue fiscal consolidation and resource mobilization, there are serious and spiraling consequences to our fiscal and economic health.”

“If no reforms are introduced or the reforms are diluted, there will be two scenarios ultimately leading to the same outcome: a fiscal and economic crisis, as a result of higher debt, lower socioeconomic spending, and fewer investments,” Brion warned.

“Hence, pursuing the fiscal consolidation and resource mobilization program as proposed will help us continue our productive spending, grow out of our pandemic-induced debt, and provide substantial buffers to respond to lingering and future economic shocks,” according to Brion.

“Sometimes you have to take a medicine that tastes lousy – that is bitter and it’s no good, but if you don’t take it, you may even get worse,” Dominguez said.

“Those are the choices. I think we have to face reality, that the effect of the COVID-19 [pandemic] plus on top of that is this Ukraine crisis [which] comes at the worst possible time… It’s not easy,” the Finance chief said. But Dominguez said the DOF had yet to study or simulate what could be the impact on households of these proposed tax measures.

Brion said the DOF under the current Duterte administration will already start crafting draft bills which the next Marcos Jr. administration can tweak and then immediately pitch to the forthcoming 19th Congress. If the tax measures are scheduled for implementation for a certain year, it means that the bills putting them in place must ideally be passed by Congress and signed by the President in the preceding year, she noted.

Dominguez said the DOF is ready to discuss this fiscal consolidation strategy to the succeeding administration’s economic officials as soon as they are also ready. So far, presumptive president Ferdinand Marcos Jr. had only confirmed his socioeconomic planning secretary, also former National Economic and Development Authority (Neda) chief Arsenio Balisacan. While a flurry of names had been floated as Secretary of Finance — traditionally the head of administrations’ economic teams, Marcos Jr. had yet to identify who could shepherd this fiscal consolidation plan into fruition.

Ultimately, it will be up to the next administration whether or not it accepts the DOF’s fiscal consolidation pitch, as well as how tax measures will be packaged in such a way that they shall be palatable for lawmakers’ consideration, Dominguez said. During his presidential campaign, Marcos Jr. said that it may not be a good time to immediately introduce new tax measures amid the protracted fight against COVID-19.