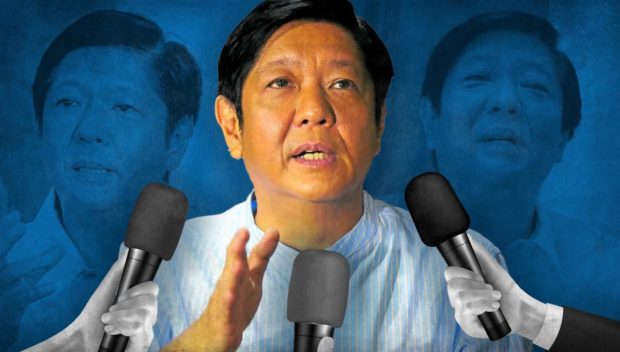 MANILA, Philippines — The Philippines has gained brownie points for holding generally smooth elections, but economists still doubt the country’s growth prospects for the year as they await clues to the economic policies of President-apparent Ferdinand Marcos Jr.

Fitch Solutions, in their latest country risk assessment, said a Marcos victory “bodes well for policy continuity” in the country and suggests a smooth transition from the outgoing Duterte administration.

“We have raised the Philippines short-term political risk index (STPRI) score to 66.5 out of 100, from 64.0 previously,” Fitch Solutions said in the report.

A higher score means greater political stability in a country and less risk for investors. Short-term means the outlook horizon reaches 12 months ahead.

Peter Hoflich, a Singapore-based director of the New York-based Fitch Group, clarified that they usually lower the STPRI score before an election, to reflect risks associated with policy continuity as a result of election uncertainty.

“We could have a surprise election result and the new leader could have an entirely different policy direction,” Hoflich told Inquirer Business.

“Once the election is over and the president-elect is known, that uncertainty will fade [most of the time]; so we raise the score,” he said.

“So far, Marcos has not revealed members of his economic policy team and has provided few policy details on his campaign trail,” Fitch Solutions said.

Still, the company believes that Marcos will likely continue many of Duterte’s economic policies, especially the “Build, Build, Build” infrastructure program—something that the former senator has publicly said he would do.

But Fitch, like other economic think tanks, is also uncertain at the possible economic directions since the president-apparent has not clarified his position on key issues.

“The good news for the economy is that the inherent short-term political event risks tied to any transition in government likely will recede quickly, as the election has produced a clear outcome,” Chanco said.

“The dust from the election should settle fairly quickly, but we reckon that it’ll still take some time before investment gets going again,” he added.

Chanco said they realize that “we’re unlikely to get any inkling of the potential policy trajectory until the third quarter, at the earliest, when Marcos’s administration will start to take shape.”

“[But] this will be too late to salvage this year’s economic growth prospects, assuming we’re proven right about the temporary—but harsh—brakes likely applied in the current quarter to government spending and investment,” he added.