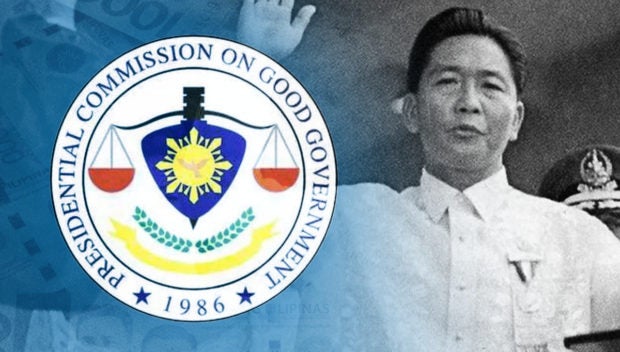 MANILA, Philippines — The Presidential Commission on Good Government (PCGG) during the first quarter of 2022 again failed to dispose of any assets related to alleged ill-gotten wealth of dictator Ferdinand Marcos and his cronies.

But in a text message to the Inquirer last week, PCGG Commissioner Rhoderick Parayno said there were properties in the pipeline for disposition this year, to generate privatization revenues for the government.

Parayno did not say which Marcos assets will be sold in 2022, and instead referred the Inquirer to PCGG Chair John Agbayani. However, emails to Agbayani and the PCGG’s public information office, whom Parayno said could address the Inquirer’s query, were unanswered as of last week.

The latest Bureau of the Treasury (BTr) data showed that from January to March, the national government’s privatization revenues reached P8.09 million, slightly lower than the P8.19 million collected in the first three months of last year.The Privatization and Management Office (PMO), an agency attached to the Department of Finance (DOF), collected all of the privatization income in the first quarter. The PMO generated lease rental payments amounting to P4.2 million in February, plus P3.89 million on March. In January, the government had zero privatization revenue.

On the other hand, the PCGG extended its zero contribution to privatization up to end-March. The Inquirer earlier reported that the PCGG failed to sell any Marcos-related assets in 2021, such that the national government’s privatization proceeds fell to a record-low P320.95 million last year.

The BTr data had shown that the PCGG raised a total of P120.46 billion in additional revenues from the disposition of Marcos-related ill-gotten wealth from 1990 to 2020, the biggest yearly haul of which amounted to P62.68 billion in 2015 during the administration of former President Benigno Aquino III.

The government had programmed to raise P500 million from privatization this year.

In its 2021 annual report, the DOF said that the PMO collected a cumulative P4.7 billion in privatization proceeds from mid-2016 to end-2021.

“Proceeds of privatization contribute to social welfare and government priorities, as 60 percent and 40 percent of the remittances to the BTr are distributed to the special accounts of the agrarian reform fund and general fund, respectively,” the DOF said.

The DOF said that among the major assets privatized during the current administration were a P291-million tract of land in Parañaque City, which belonged to Luzon Aggregates, in 2016; in 2018, P585 million worth of land parcels at the National Coal Authority’s property in Batangas; also in 2018, a P687-million national government and National Power Corp. property in Makati City; as well as a P505-million lot of the Central Bank-Board of Liquidators in Pasay City.

PCGG fails to sell assets of Marcos, cronies in 2021