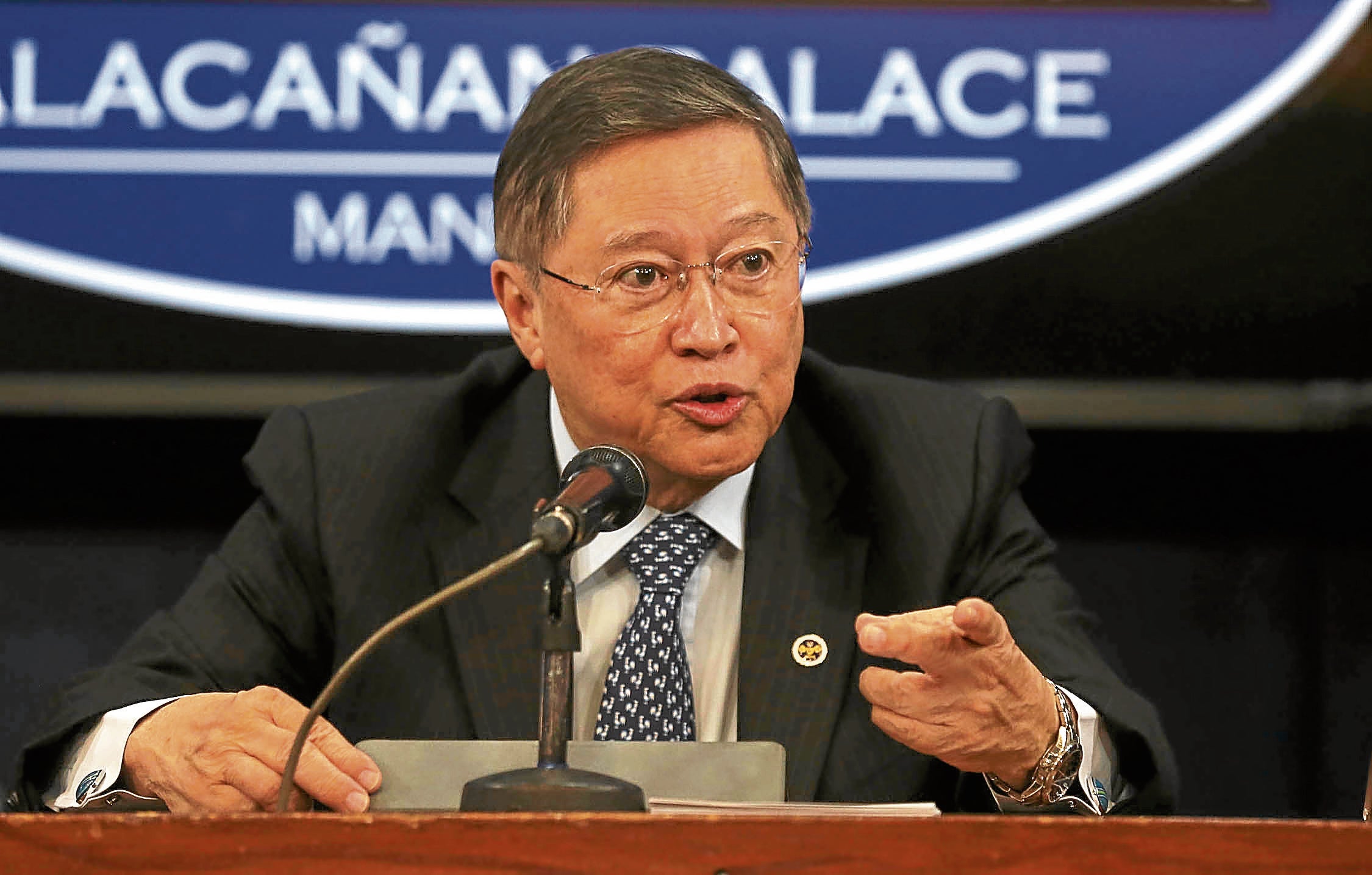 MANILA, Philippines — The government will collect what is due from the estate left behind by dictator Ferdinand Marcos, Finance Secretary Carlos Dominguez III said Tuesday.

“The Department of Finance (DOF) and the Bureau of Internal Revenue (BIR) are intent on collecting all taxes due” from the Marcos estate,” said Dominguez, President Duterte’s chief economic manager and a former minister during the time of former president Corazon Aquino.

Asked for an update on the sidelines of Tuesday’s Philippine Economic Briefing (PEB), Dominguez told reporters: “We have been in discussions — intense discussions — with the BIR on this issue, and they are studying the issue very carefully.”

Asked if there was no longer any legal impediment to collecting the controversial estate tax due, Dominguez replied: “As you know, this has a long history. Its history goes back to when the estate actually was created, when former president Marcos passed away. And it has been encrusted with a lot of court cases. And my understanding from the BIR is that they are trying to cut through all these issues in order to do the job.”

As for the various figures being floated around as estimates of the unpaid estate taxes, Dominguez said: “That is for the BIR to determine. There are several amounts that have been floated around. There was an amount of originally P9 billion. And then it became P23 billion. And then now because of penalties and interest, it’s now, they say, around P203 billion. So which amount is going to be settled is in discussions now with BIR.”

Dominguez said he didn’t have estimates on the value of Marcos properties levied by the BIR “because the values have been changed through the years.”

On Tuesday, former BIR deputy commissioner and resigned Government Service Insurance System (GSIS) chief Jesus Clint Aranas told the Inquirer that “an official statement by the BIR can put the issue at rest, ending the speculations of many.”

“Whether or not they will and can collect tax is the ultimate question. All the legal remedies like garnishment and levy on any property determined to be owned by the estate can be auctioned off to cover the tax liabilities,” said Aranas, a tax lawyer.

“While a public auction is availing, the determining factor is the certainty of the list of the Marcos properties. Otherwise, the BIR cannot do the auction, added Aranas, who currently belongs to the presidential campaign of Sen. Ping Lacson.

“Whether or not estate taxes are due is not the issue but the factual determination of which properties can be auctioned off. It has been a long time since the passing of the late president [Marcos], so the practical approach would be to update the list of properties and proceed with the collection efforts from there,” Aranas said.