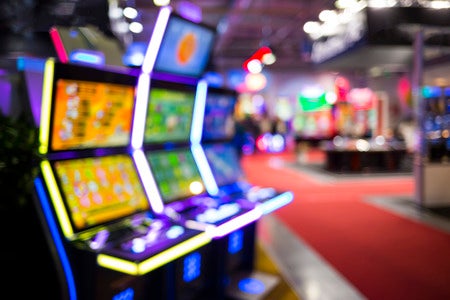 MANILA, Philippines—The tax take from Philippine offshore gaming operators fell by nearly half to P3.91 billion in 2021 despite a new law mandating Pogos to cough up all of their taxes due.

The amount of taxes collected by the BIR from Pogos and their service providers slid 46 percent from P7.18 billion in 2020 — putting an end to the upward collection trend pre-pandemic. In 2019, the Pogo tax take reached P6.42 billion. It amounted to P2.38 billion in 2018, when the government started to squeeze Pogos of their tax obligations.

In 2020, some Pogos left the Philippines as gaming operators, which were based outside the Philippines, contested the BIR’s rules, specifically the payment of 5-percent franchise tax which they claimed covered only those operating in the country.

RA 11590 allowed the BIR to collect P1.22 billion in taxes from Pogos from October to December 2021, the DOF reported last February.

Citing the DOF’s estimates, Dominguez had said an estimated P35.1 billion could be generated from the tax on GGR, on top of P41.2 billion from foreign Pogo workers’ personal income taxes.

Under RA 11590, licensees’ non-gaming operations were being slapped with 25-percent annual income tax, similar to other companies which enjoyed the reduced rate under the Corporate Recovery and Tax Incentives for Enterprises (CREATE) Act.

As for Pogo service providers in and out of the country, they must shell out yearly income taxes, plus withholding tax on purchases of goods and services.

But service providers’ sales of goods and properties as well as services to Pogo licensees will no longer pay VAT as long as they paid gaming taxes.

The latest DOF data showed that there were 40 Pogo licensees and 168 Pogo service providers registered with the BIR as of end-January 2022.

Separate data of state-run regulator Philippine Amusement and Gaming Corp. (Pagcor) had shown that only 36 Pogo licensees were left operating as of October 2021, out of the 41 licensed gaming operators.

Before the COVID-19 pandemic struck, up to 60 Pogos operated in the Philippines in early 2020.

Pagcor data also showed 127 accredited service providers last October, down from the pre-pandemic’s 218 firms employing around 130,000-150,000 people, of which about three-fourths were foreigners, mostly Chinese.

Tax revenues from Pogos hit P 1.2B in 3 months