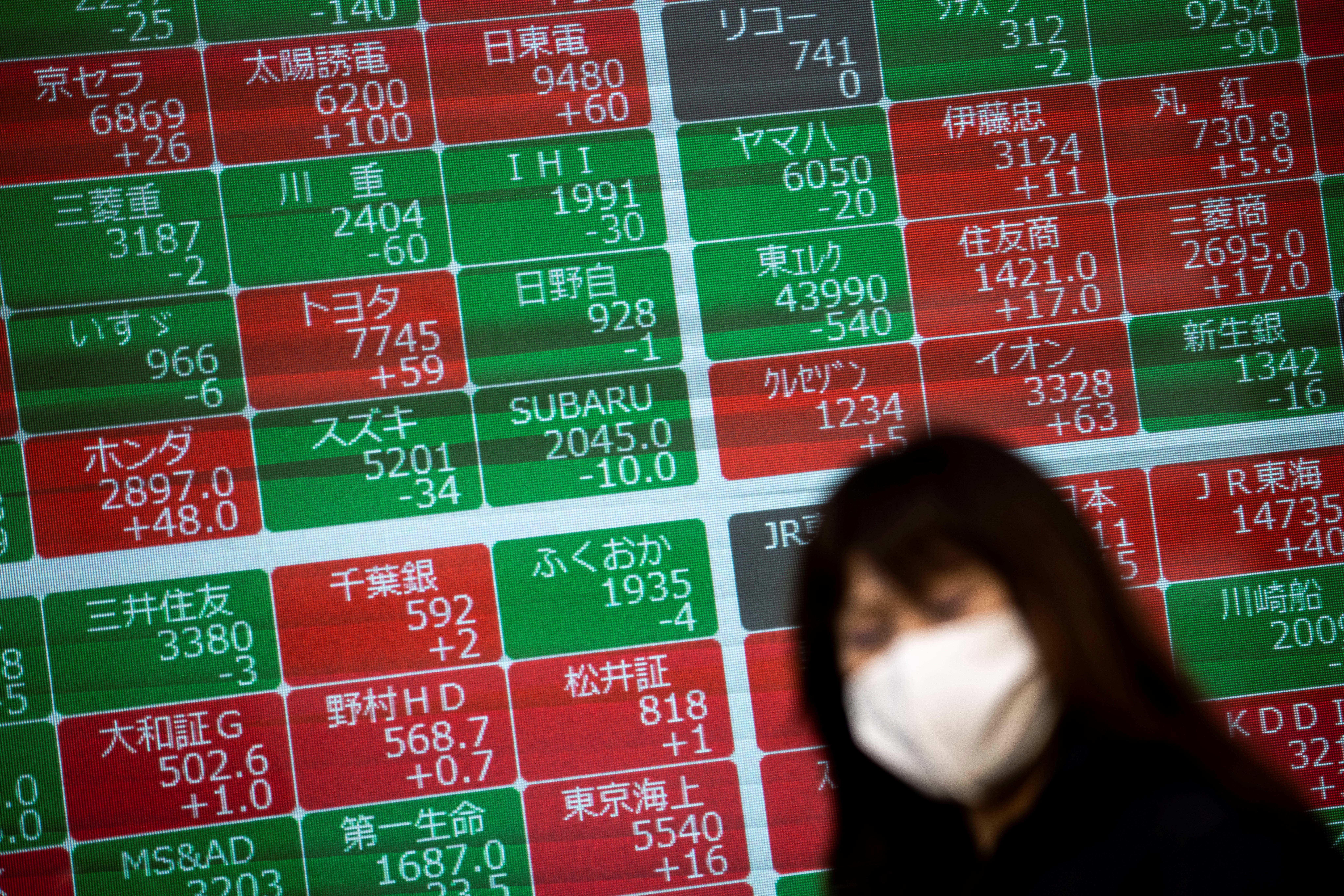 HONG KONG –  Asian markets tumbled Friday and crude bounced as news that Europe’s biggest nuclear power plant was on fire after Russian shelling fuelled a flight to safety and ramped up fears about the Ukraine war.

As Vladimir Putin’s forces stepped up their invasion, Ukraine’s foreign minister demanded an immediate ceasefire to avoid disaster at the Zaporizhzhia plant after its power unit was hit.

The International Atomic Energy Agency warned of “severe damage” if the reactors were hit and while Ukrainian authorities said the situation was now secured traders remain on edge.

The news comes as Moscow presses ahead with its incursion into its neighbour that has sent global markets spiralling and commodities such as wheat, metals and particularly oil soaring. That has in turn fuelled concerns the global recovery from Covid will be derailed.

The losses followed steep selling pressure in New York and Europe, and Wall Street futures were sharply down Friday.

The dollar dipped against the safe-haven yen though it rose against most other currencies, including sitting at its highest level against the euro since mid-2020.

Gold — a go-to asset in times of uncertainty — was also up.

At the same time both main crude contracts rose, having retreated Thursday partly on hopes for an Iran nuclear deal that would allow Tehran to restart exports to the world market.

While world governments have not included Russian oil in their wide-ranging sanctions on Moscow owing to concerns about the impact on prices and consumers, trade has become increasingly tough as banks pull financing and shipping costs rise.

On Friday, the China-backed Asian Infrastructure Investment Bank (AIIB) said it will suspend business related to Russia and its neighbour Belarus, saying it was “in the best interests of the bank”.

“The headlines about the Russian shelling of that nuclear plant are clearly driving a flight to quality trade,” Chamath de Silva at BetaShares Holdings in Sydney said. “It’s classic risk off right now.”

Others pointed out that the war has exacerbated selling by profit-takers after world markets enjoyed a near two-year rally thanks to pandemic-era financial support.

Meanwhile, French President Emmanuel Macron said he fears the “worst is to come” after a conversation with Putin, who has said he intends to topple the government in Kyiv.

The conflict further complicates attempts by governments and central bankers to bring down soaring inflation, which has been fanned by their Covid largesse as well as elevated energy costs and supply chain snarls.

Federal Reserve boss Jerome Powell said this week that he intends to raise interest rates this month, though he tempered expectations of a half-point rise and instead indicated a considered approach to tightening policy.

“Rising commodity prices are a big concern for the market, prompting fears of stagflation,” Fiona Cincotta of City Index said.

“The economic clinch point of this war is commodity prices. Higher energy prices, slowing growth, and surging inflation are not a good outlook.”