Japanese companies on alert for possible cyberattacks from Russia 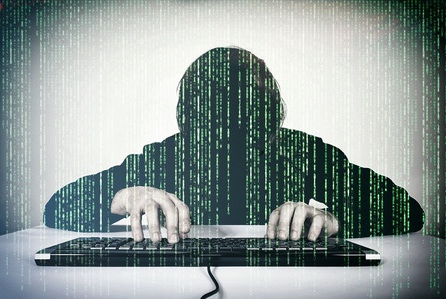 TOKYO — Japanese companies are on alert for possible cyberattacks following the government’s decision to impose economic sanctions on Russia.

Ukraine suffered massive cyberattacks prior to Russia’s military invasion of that country, and the Russian government is believed to have been involved. According to an analysis released Thursday by information security company Trend Micro Inc., the cyber-attacks that targeted Ukraine affected the websites of about 70 government organizations, including the Ukrainian foreign ministry, on Jan. 13-14.

On Feb. 1, attacks were confirmed in which individuals and organizations received emails containing computer viruses.

The attacks are believed to have been conducted by Gamaredon, a hacker group thought to be connected with Russia, Trend Micro said.

On Feb. 15 and 23, websites of the Ukrainian military and Ukrainian banks suffered distributed denial of service (DDoS) attacks in which massive amounts of data are transmitted in order to cripple servers.

Following the Japanese government’s announcement Wednesday that it would impose economic sanctions on Russia, the Economy, Trade and Industry Ministry sent a notice to companies urging them to take measures against possible cyber-attacks.

Files attached to emails should not be opened carelessly, the notice said, and data should be backed up to avoid its loss.

“We’ll work closely with our overseas offices to monitor the cybercrime situation and take firm measures,” an official of Mizuho Bank, Ltd. said.

Tokyo Electric Power Company Holdings, Inc. and Japan Airlines Co. said that they would continue to heighten their cybersecurity efforts.

“Ukraine is physically far away, but distance is not relevant on the internet,” said Katsuyuki Okamoto of Trend Micro. “Japanese companies could well be targeted.”

People also need to be careful at home, so they do not unintentionally aid cyber-attacks, according to tech company Internet Initiative Japan. DDoS attackers sometimes manipulate household devices with weak security and use them to transmit data.

“Devices at Japanese homes may have been used in attacks without their owners knowing it. It’s necessary to update security software and take other protective measures,” a system engineer at Internet Initiative Japan said.

The National Police Agency instructed prefectural police and other investigative bodies on Wednesday to increase their vigilance against suspicious communications, which could be a sign of future attacks.

“We’re ready to respond immediately in the event of cyber-attacks,” a senior agency official said.

The government said in its Cybersecurity Strategy, which was approved by the Cabinet in September, that Russia is believed to be launching cyber-attacks to achieve its military and political objectives.

There have been cases in which the Russian government’s involvement is suspected. In April, the United States expelled 10 Russian diplomats after its government and operators of critical infrastructure suffered cyber-attacks, determining that a hacker group with ties to the SVR, a Russian foreign intelligence service, was behind them.

From Tokyo to New York, thousands protest against invasion of Ukraine