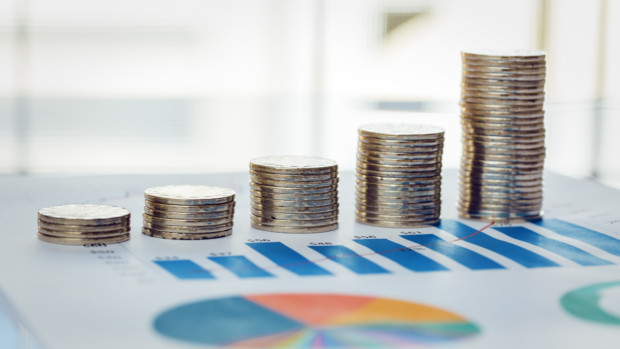 MANILA, Philippines—The country ended 2021 with its biggest-ever budget deficit amounting to P1.67 trillion, inflicted by huge public expenditures to fight the prolonged pandemic amid weak revenue collections — a fiscal strain needed to be addressed by the next administration.

While the national government’s full-year 2021 fiscal deficit was over a fifth bigger than the P1.37 trillion recorded during the Philippines’ worst post-war recession in 2020, the actual gap was 10-percent smaller than the Development Budget Coordination Committee‘s (DBCC) P1.86-trillion program for last year.

Last year’s budget deficit was equivalent to 8.6 percent of gross domestic product (GDP), above 2020’s 7.7 percent but below the 9.3-percent program.

The Bureau of the Treasury’s latest cash operations report on Tuesday (March 1) showed that the government spent a total of P4.68 trillion on public goods and services in 2021, up by more than a tenth from P4.23 trillion in 2020.

Actual disbursements were nonetheless 1.3-percent lower than the P4.74 trillion that the government targeted to spend, as the Treasury pointed to lower interest payments amounting to P429.4 billion, against the P531.5 billion set aside to settle interest on public sector debts.

Treasury records showed that last year’s total disbursements were the highest in history, especially as the government spent more to respond to the health and socioeconomic crises inflicted by the COVID-19 pandemic.

In a statement, the Treasury attributed the increase in full-year expenditures to “infrastructure and other capital expenditures, continued spending for various recovery measures including vaccine procurement and equity infusion in support of GFIs’ [government financial institutions] lending assistance programs, as well as higher IRA [internal revenue allotment] shares of LGUs [local government units].”

As the Philippines returned to economic growth last year, tax and non-tax revenues recovered, growing 5.2 percent to over P3 trillion from P2.86 trillion in 2020. The national government’s actual revenue take also surpassed by 4.3 percent its P2.88-trillion goal. However, 2021 total revenues remained smaller than the record P3.14 trillion collected in 2019, pre-pandemic.

Treasury data showed that the Bureau of Internal Revenue (BIR) — the country’s biggest tax-collection agency — grew its collections by 6.5 percent to P2.078 trillion in 2021, although slightly below the P2.081-trillion goal. Pre-pandemic, the BIR collected a record P2.18 trillion in 2019. It had been tasked with collecting P2.44 trillion in taxes this year.

Last December alone, the budget deficit widened to the largest-ever monthly gap of P338 billion, as the biggest monthly public expenditures on record — worth P569.3 billion — exceeded P231.3-billion in revenues.

The wider budget deficits incurred during the pandemic — from only 3 percent of GDP or less before COVID-19 happened — will hopefully be narrowed by the fiscal consolidation plan currently being crafted by President Rodrigo Duterte’s economic team, to be pitched to the next president.

The fiscal consolidation plan to make the budget gap smaller while repaying the huge debt that piled up amid the prolonged pandemic would consist of new or higher taxes, spending cuts on non-priority sectors, as well as economic growth drivers to spur bigger revenues.

Finance Secretary Carlos Dominguez III had said that the package was currently undergoing finishing touches, and will be discussed with all presidential candidates.

Socioeconomic Planning Secretary Karl Kendrick Chua told a press briefing on Tuesday that he did not want to preempt Duterte on the proposed fiscal consolidation strategy.

“The economic team is preparing our agenda that we can share with the next administration. And we hope that the next administration will continue all the very good reforms that we have started. And I think that is actually critical to our full economic recovery,” said Chua, who heads the state planning agency National Economic and Development Authority (Neda).

The DBCC had programmed a P1.65-trillion budget deficit for 2022, equivalent to 8.2 percent of GDP. The national government needed to raise more than P3.3 trillion in revenues this year to partly fund the P4.95 trillion in expenditures supportive of economic recovery. The budget gap will also be financed by borrowings, amounting to P2.2 trillion this year.

Last year, the national government’s annual debt-to-GDP ratio hit a 16-year high of 60.5 percent — the first time it breached the 60-percent threshold since 65.7 percent in 2005 — following a borrowing spree in the past two years to add to its COVID-19 war chest. Among emerging markets like the Philippines, debt watchers deemed outstanding obligations remained manageable at 60 percent of GDP.

Gov’t revenue collections seen back to prepandemic levels in 2022