The green transformation of Paris 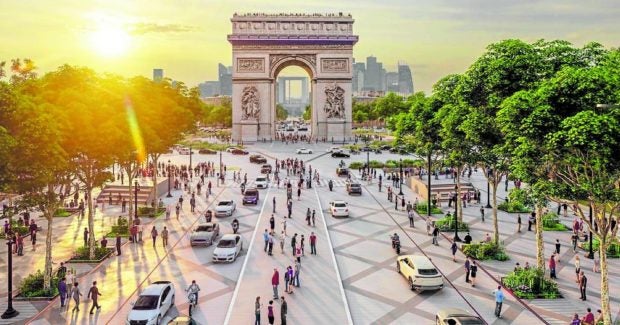 Call it a love affair, dependency or obsession, but Metro Manila has always been fascinated with cars just like the rest of the world. Cars continue to dominate cities, taking over streets and open spaces. More and more concrete and asphalt roads and parking spaces were designed to accommodate the increasing number of cars with very little spaces left for green parks.

Some negative effects of car dependency

Exposure to local air pollution from car exhaust fumes affects the respiratory system, which is one of the leading causes of morbidity in the country. Car usage has also been linked to obesity and a sedentary lifestyle. 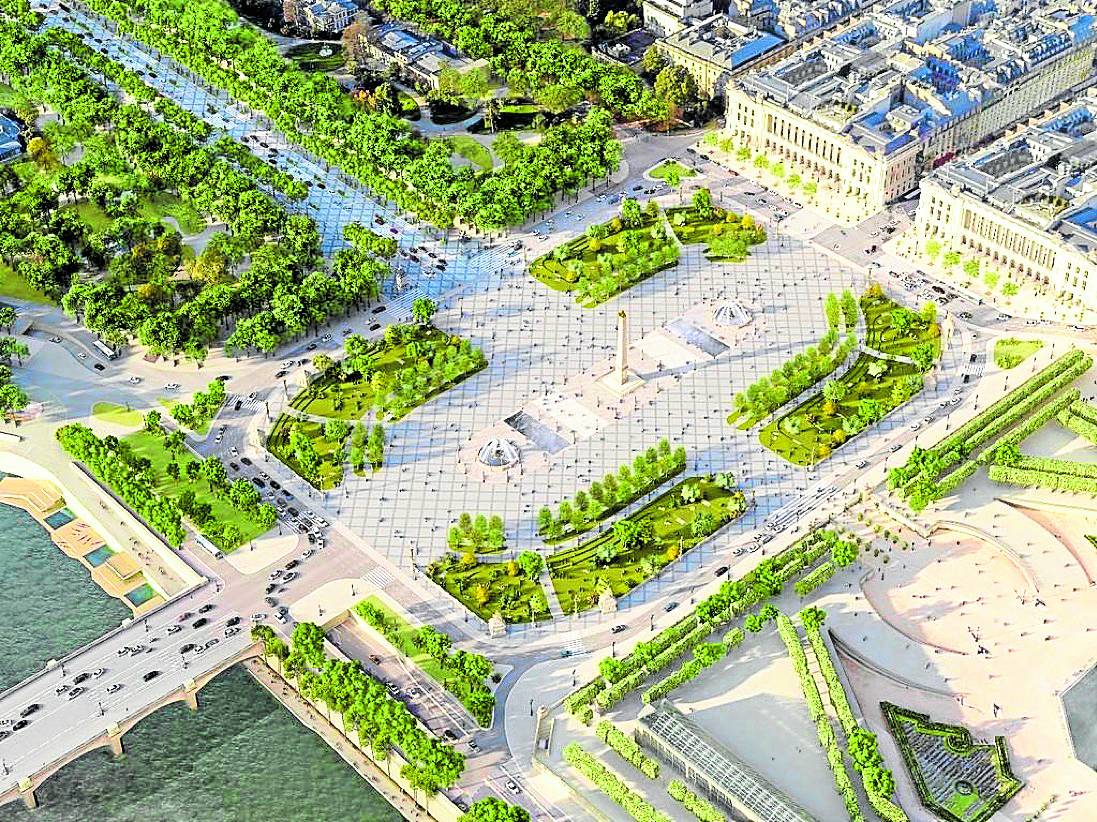 The Place de la Concorde, Paris’s biggest square and the site of Marie-Antoinette’s execution, will be planted with new ‘park areas.’—PCA-STREAM

The good news is that many cities are fighting back and doing something to improve city life. One excellent example is Paris, the “City of Light,” known for being the center of culture, arts and historic architecture. Unfortunately, it is also one of the world’s most polluted cities with its poor air quality due to constant motor traffic. Only 9.5 percent of its land is green space, considered the lowest of all major European capitals.

The first female mayor of Paris, Anne Hidalgo, a Spanish-French politician who has been serving Paris since 2014, launched the green transformation of Paris. Her initial development program is the improvement and protection of the environment.

Carless days every first Sunday of the month

In 2016, she imposed a vehicular ban on entering certain parts of the city every first Sunday of the month. On that day, all electric vehicles including buses and the bike rental system are free. The infrastructure plan for the city includes 24-hour subway service, a ban on parking in certain areas and days, and the creation of new green areas.

Major roads, including those that run along the River Seine in the city center have been shut off to traffic completely. The world-famous plazas of Medeleine, Nation and Bastille have been redesigned to make them more pedestrian friendly.

Taxi drivers and other sectors have staged mass protests against many of the measures, but the city continues undeterred with its major goals to “build this city around the individual.” One simple way to do that, according to Mayor Hidalgo, is to put nature back into urban life. 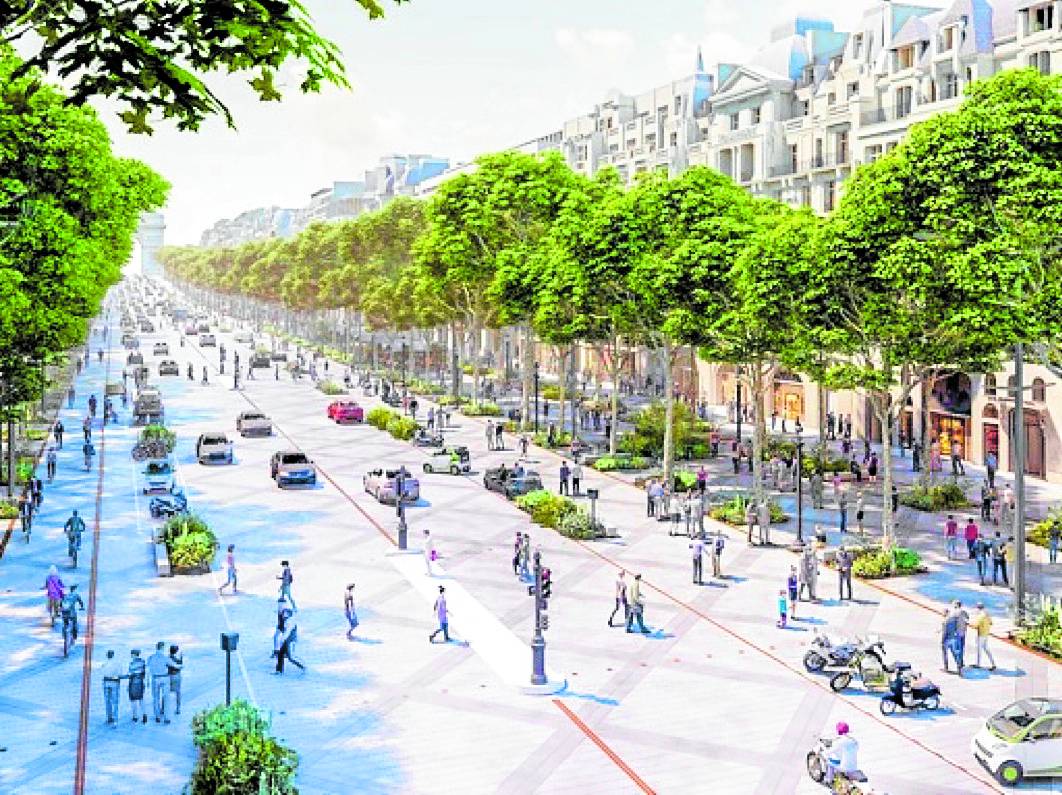 The Champs-Elysees, the most famous street in Paris, will be transformed into an extraordinary garden as part of a massive makeover due for completion by 2030.—PCA-STREAM

During her second term, Mayor Hidalgo introduced 50 kilometers of bicycle lanes to ease pressure on public transport. By 2021, her environmental policies gained international attention such as the proposal to remove over half of Paris’ car parking spaces and transform the Champs Elysees, the most famous street in Paris, into an extraordinary garden as part of a massive €250 million makeover.

The project will start after the 2024 Olympics. It includes reducing the number of car lanes from four to two, creating new pedestrian and green areas, and planting “tree tunnels” that improve air quality along the 1.9km-long avenue.

As Paris prepares to host the 2024 Olympics, it also plans to give many major sights a green new look. The area around the Eiffel Tower is to be turned into an extraordinary park just in time for the games.

Riverside swimming pools, built for the games will be filled with clean water from the Seine, and eventually turned over to public use.

By 2026, the city will plant more than 170,000 trees across the capital, with 50 percent of the city covered by planted areas by 2030. Building codes have been revised to make it possible for Parisians to plant trees in their neighborhoods. In addition, four new urban forests will be planted next to major landmarks. 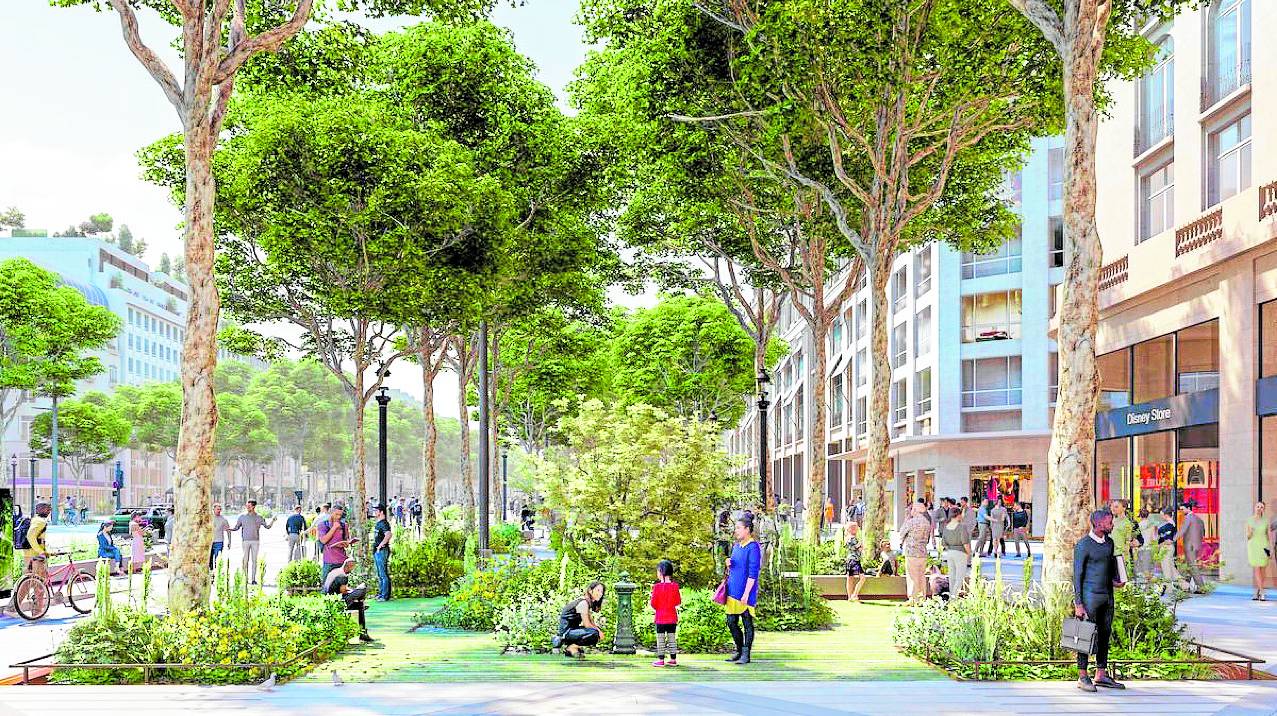 Most ambitious plan for Paris

Paris’ most ambitious plan is to adopt the 15-minute city concept, developed by French-Colombian scientist Carlos Moreno. In this model, residents would have access to all basic services within a 15-minute walk from their home. It is aimed at improving the lifestyle of its two million residents by focusing on reducing car use and encouraging travel on foot and public transport.

Barcelona is creating low-traffic zones and 21 new public squares, and giving priority to pedestrians and cyclists to reduce pollution and provide green spaces. Milan is planning to plant three million trees by 2030 and providing nearly 150 km of cycle lanes. In Manhattan, urban planners, landscape architects and artists have been commissioned with designing a green and car-less vision for the city.

Closer to home, Tokyo is planting half a million trees and transforming the 88-hectare landfill in Tokyo Bay into a wooded sea forest. Singapore aims to develop over 130 hectares of new parks by 2026 and by 2030, the city will plant 1 million more trees, increase nature parks’ land area by 50 percent from 2020 baseline and every household will be within a 10-minute walk from a park.

Can we take up the challenge?

These green model cities can be the source of inspiration for our cities to put nature back into urban life. I am an optimist but realistic at the same time. I like to think that we can pick up the challenge, but only if we have the political will, a strong advocacy of the urban population and the involvement of professionals.

The author is the Principal Architect of A.P de Jesus & Associates–Green Architecture, and vice chairman of the Philippine Green Building Initiative. For comments or inquiries, email [email protected]