Elon Musk probed in US over stock trades – report 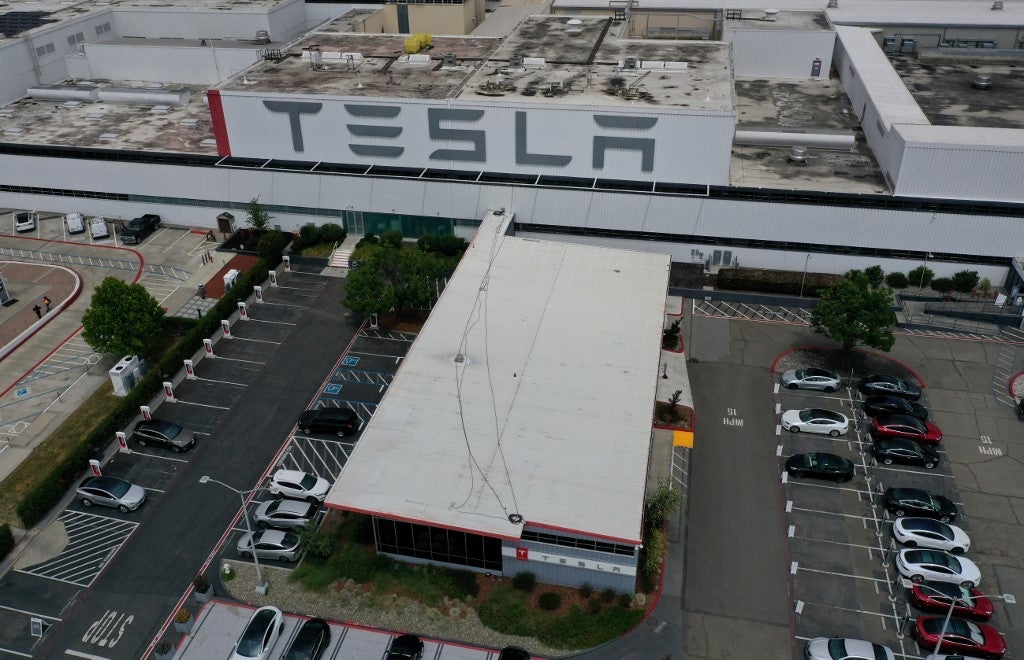 FILE PHOTO: An aerial view of the Tesla Fremont Factory on May 12, 2020, in Fremont, California. US market regulators are probing whether Tesla boss Elon Musk and his brother, Kimbal, violated insider trading rules in connection with whopping share sales in 2021 according to a report of the Wall Street Journal on Thursday, February 24, 2022. Justin Sullivan/Getty Images/AFP

The Securities and Exchange Commission (SEC) reportedly launched its probe after Kimbal sold $108 million in Tesla stock last year, just a day before a significant drop in the electric car maker’s share price.

Tesla stock value fell sharply after Musk posted a Twitter poll asking whether he should sell 10 percent of his stake in the company.

The probe is looking into whether Musk told his brother, also a member of the Tesla board of directors, that he would post the tweet and whether Kimbal then traded, the Journal reported.

Employees and managers of a listed company should not normally buy or sell securities when they are aware of information that has not yet been made public.

The richest man in the world is already in open conflict with the SEC because of a 2018 tweet in which he stated that he had the appropriate funding to take Tesla off the stock market, without providing proof of it.

Musk and Tesla each agreed in that case to pay $20 million as part of a settlement that also imposed strict rules on his use of social media, requiring pre-approval from Tesla counsel over statements with key financial information.

A Tesla lawyer reignited the battle over the settlement by sending a letter to a judge last week accusing the SEC of propagating “endless unfounded investigations” against Musk.

The letter also accused the SEC of dragging its feet in distributing the $40 million to investors, while it has cracked down on Musk’s use of social media.