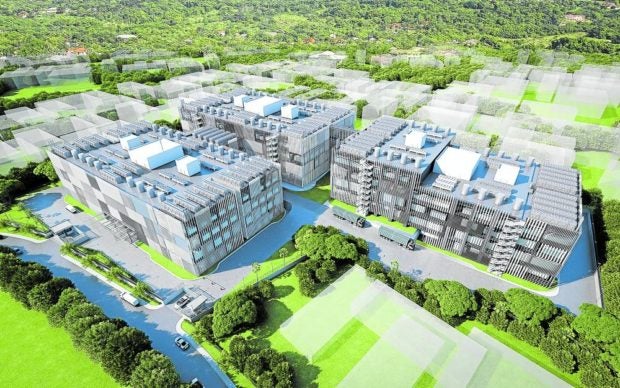 MANILA, Philippines — The country’s largest data center is set to rise in Cainta, Rizal, within the year, catering to a “dramatically underserved” segment, according to Singapore data center company SpaceDC, which is investing more than $700 million into this facility.

In a recent statement, the company said the hyperscale data center campus, dubbed MNL1, would cover an area of 4.3 hectares. It will have a capacity of 72 megawatts, which SpaceDC said would be fully powered by renewable energy sources such as wind and geothermal energy.

“The Philippines ranks second in terms of data center growth in Southeast Asia. With only 47 MW of available capacity in the country, it is a dramatically underserved market,” SpaceDC CEO Darren Hawkins said in the statement.

“We are excited to be a first mover in a new market where we see our customers are investing heavily in,” he added.

According to SpaceDC, the MNL1 campus will have 12 four-story data hall buildings, which will feature “eight layers of advanced physical security, including remote monitoring.”

It will also have full-time CCTV, multiple biometrics certifications, and digital touchpoints, alongside fire protection and grounding.

SpaceDC has appointed property consulting firm JLL as construction manager for this project.

“SpaceDC is in the right place at the right time to take advantage of the strong customer interest we are seeing in the Philippines. MNL1’s design is setting new standards in terms of technology, quality and operational excellence in the Philippines,” said Ralph Davidson, executive director at JLL’s Data Center Services for JLL.

PLDT said last October it was building its largest and most powerful data center in a bid to lure global technology giants and cloud service providers to the Philippines.

In November, Globe said it was in talks to form a venture with Singapore-based ST Telemedia Global Data Centres that would expand its data center business.

Fitch Solutions Country Risk & Industry Research said the Philippines was poised to become the “fastest-growing” cloud market in the region to reach a size of $1.3 billion by 2024.

“Liberalizing the market should see an influx of international tech-players looking to monetize the Philippines’ long-term growth opportunity and we could see the country’s cloud computing market forecasts revised upwards,” Fitch Solutions said.

Previously, these companies were capped by the 40-percent foreign ownership limit under the 1987 Constitution.