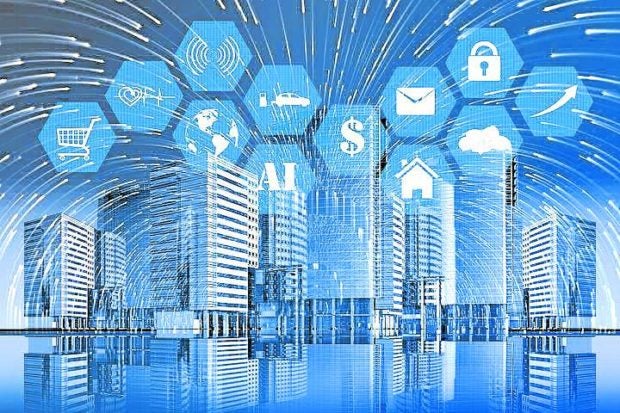 The concept of generic strategy was first introduced over four decades ago—where firms can choose to either be differentiated or low-cost. Differentiation will likely involve innovation, while a low-cost strategy entails high productivity to scale, or maintaining lower wages.

Many countries offering lower wages naturally choose the low-cost path of being labor-intensive, becoming a factory for others to profit from. When wages rise or when major foreign exchange fluctuations happen in countries, there will always be cheaper production factories available elsewhere, and so the sustainability of the original low-cost strategy becomes questionable.

Being uncompetitive may force firms to accept lower profit temporarily, or encourage them to change strategy by competing based on innovation. The innovation route becomes ever more critical when fiercer competition enters an industry and industry players are forced to differentiate themselves, to remain relevant to their target consumers and to own specific brand associations in the marketplace.

Japan, Korea and China are the three Asian countries that were the first to catch up with the West. They have been branded as imitators or copycats in the past, but have now been called innovators and have established known international brands. Japan has Toyota, Canon, Uniqlo, Nintendo and many others. Korea has Samsung, K-drama and even BTS. China, with a huge domestic market of tech-savvy young users, has many examples of innovators, becoming the trendsetters of the internet age over the last decade.

One such innovation from China is WeChat, an app that combines the functions of Facebook, Twitter, Skype, WhatsApp, Amazon, eBay, Uber, Venmo and Apple Pay in one super app. WeChat’s voice messenger was already available in 2011 ahead of WhatsApp’s 2013 US launch. Mobike (acquired by Meituan), a stationless bike-sharing concept, was a year ahead of Birds or Lime’s 2017 US launch. Alibaba’s 11.11 Singles Day (with 2021 revenues of $84.5 billion) was launched in 2009, six years ahead of Amazon Prime Day (2021 revenues of $11.2 billion) in 2015. Even TikTok (artificial intelligence, social media) and Shein (real-time fast fashion retailer) have succeeded internationally and became the world’s biggest in their respective category. TikTok’s parent company, Bytedance became the world’s most valuable unicorn ($350 billion) in 2021, way ahead of the United States’ SpaceX ($100 billion), while Shein overtook Amazon as the most downloaded shopping app in the United States in 2021.

Many more innovations in China are worth analyzing in depth—learning from how people live, how they work, how they travel, how they shop, how they study, how they play,and how they deal with money.

Our old perception of China as an imitator, and as a cheap manufacturing hub needs to be updated. In a December 2017 interview, Apple CEO Tim Cone shared in a Fortune Global Forum event: “The No. 1 reason why we like to be in China is the people. China has extraordinary skills. And the part that’s the most unknown is there are almost 2 million application developers in China who write apps for the iOS App Store. These are some of the most innovative mobile apps in the world, and the entrepreneurs that run them are some of the most inspiring and entrepreneurial in the world. Those are sold not only here but exported around the world.”

There are three major types of innovation—(1) product or service innovation, which creates new revenue streams; (2) process innovation, which helps reduce cost and improve productivity; and (3) business model innovation (the rarer type of innovation) which either creates or resets an entire industry and is in fact, much harder to imitate.

An example of this is the consumer to manufacturing (C2M) business model pioneered by China’s agritech startup unicorn Pinduoduo. Founded in September 2015, it overtook Alibaba in 2021 in terms of number of active users (850 million) in China’s e-commerce space. Under the C2M business model of Pinduoduo—which it combined with group buying, social media and artificial intelligence—consumers can buy products at much lower prices, bypassing middlemen and layers of intermediaries. This is by simply inviting friends to buy the same products, while manufacturers cut waste by producing products based on real-time big data access given to them based on consumer demand.

It is worthy to note the World Bank and International Monetary Fund data (after adjusting for purchasing power parity) showing the decline of America’s share to global gross domestic product (GDP) from 25.76 percent in 2000 to 15.9 percent in 2021, while the share of Europe likewise fell from 26 percent to 21.7 percent during the same period.

It is obvious that there will be two major domains with different sources of insights, skills and business models to learn from—the West and increasingly, the East—and business people would not want to miss this shift toward a more innovative Asia. —CONTRIBUTED

Mansmith and Fielders Inc. is offering a half-day executive briefing on Business Model Innovation of China’s Unicorns on Jan. 27, with 11 building blocks of a business model to be decoded and applied to analyze various companies in China that successfully (as well as unsuccessfully) combined technology and entrepreneurship. All proceeds will benefit families affected by Typhoon “Odette” (Rai) through the Inquirer Foundation. Please visit continuum-edu.com for details.

Josiah Go is chair and chief innovation strategist of Mansmith and Fielders, Innovation winner of the 2021 Asean Business Awards.

Read Next
The Madlambayans: building homes for the working class
EDITORS' PICK
Japan brings back virus restrictions over Omicron surge
Gear up and get ready to play with Yamaha Mio Gear
Over 3 Million worth of prizes to be won at Smart Padala’s SENDali Manalo Promo!
Uproar over no vax, no ride policy: Maybe it’s time for gov’t to say sorry—Bello
97% of COVID-19 beds at PGH currently occupied
Acer starts the year off strong with the Aspire Vero National Geographic Edition
MOST READ
1Sambayan names 7 aspirants in its 2022 Senate lineup
Emma Stone calls Andrew Garfield a ‘jerk’ after he ‘lied’ about his ‘Spider-Man: No Way Home’ appearance
Guevarra to Acosta: Obey rules on unvaccinated
PH to import 60,000 tons of fish to cover shortage
Don't miss out on the latest news and information.