The Madlambayans: building homes for the working class 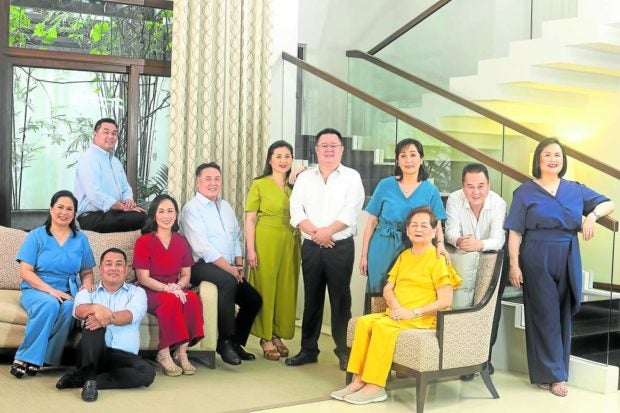 Long before they became mass housing developers, the Madlambayans of Pampanga province were into sugar farming. But as this business became more and more challenging, the husband and wife team of Jose and Pacita had decided to change course and envisioned to build a real estate enterprise that would be their legacy to their 10 children.

However, the patriarch, Jose, passed away in 1985 when he was just 46. The eldest in the brood, Terence—only 26 and was studying to be an engineer then—had to quit college to run the estate and continue his parents’ dream.

As their parents had brought them up to a tightly knit brood, every single one of them eventually joined the family business. And unlike many families that have been torn apart by irreconcilable differences and shareholder squabbles, the Madlambayans take pride in remaining as a solid bunch.

“Walang kanya-kanya. (There’s no going separate ways). Everything—whatever idea we have or whatever the business we put up—it’s always [with] the family. Walang naiiwan. (Nobody gets left behind),” Terence, chair of Haus Talk Inc. and head of business development, says in an interview with the Inquirer.

“Our team is 10 plus one. My mom is the plus one. She does all the prayers and [is at the core of the) teamwork. She is our inspiration,” adds Haus Talk director and president, Maria Rachel “Maita” Madlambayan.

Their real estate foray started when the family divided a 1-hectare property in Pampanga and sold lots to other families in the province. Emboldened by the success of the pilot project, they ventured to Cavite, where they built a 3.6-hectare residential enclave catering to underserved middle- to low-income families.

Since its inception, Haus Talk has sold close to 1,900 housing units, with 2,300 more units in the pipeline through 2023, spread out among the socialized, economic, midmarket and high-end housing market. It has become one of the leading residential developers in Antipolo and San Pedro, Laguna.

For the Madlambayans, their strong sense of family has been the “secret sauce” of Haus Talk over the years.

They are now training the third generation to take over the business someday.

Haus Talk has followed the same vision-mission over the years: “Build houses for the working class that is worth every peso of their investment; design houses that exceed the buyer’s expectations; develop idle lands into some of the country’s finest locations, and create communities that will be a source of pride, especially for the first-time home buyers.”

The company offers housing units for different segments, from as low as P750,000—socialized housing to economic and affordable housing worth as much as P3 million to P4 million per unit.

Haus Talk focuses on pocket size developments, or those averaging 80 units per project. Over the years, they have learned what home buyers want. Maita estimates that the company can deliver 150 to 200 units a year, adding that the volume can double when the pandemic-induced mobility constraints are lifted.

“We know very well that this market, this segment, this is hard-earned money [that they are putting] and it’s an end-user market. And we want to give the best for them, because we know how hard they worked for this investment,” Maita says.

Asked what differentiates Haus Talk from other developers, Maita says it’s the quality. “It’s because we source our own materials, [all aspects] of the construction are being handled by us. We don’t outsource our production. We have our in-house team, so from the procurement of the materials [to the actual construction] we know very well they are all within the standards,” she explains.

The company also offers in-house financing for as long as 10 years, except for socialized housing units which are funded by state-owned Pag-IBIG. About 20 percent of its business is funded in-house, but once seasoned enough, it sells the receivables to banks for a premium.

“We never build unless the buyers have paid the equity,” says Maita. The equity is equivalent to 15 to 20 percent of unit price. Even during this pandemic, it has been able to sell more units than it can construct right away, given the existing mobility restrictions. While the company does not conduct marketing activities overseas, it is able to generate good business from the overseas Filipino market through brokers and just by word of mouth, Maita says.

The first projects were about 70 percent driven by overseas Filipinos, but the domestic market has likewise rapidly grown over the years.

Braving the capital market, Haus Talk raised the curtain in the stock market this year by selling to the public 500 million primary shares at P1.50 a share. It will list on the small, medium and emerging board of the Philippine Stock Exchange on Monday (Jan. 17). This equity deal brings 26 percent of its shares to public hands and gives it a market capitalization of about P3.75 billion.

Apart from raising funds for expansion, underwriter Investment & Capital Corporation of the Philippines (ICCP) says that this is a good way for Haus Talk to introduce itself not just to the capital markets.

Any buzz generated by its public listing is seen as a way to boost brand visibility. ICCP managing director Manuel Ocampo estimates that the P1.50 initial public offering (IPO) price will be 12 times prospective earnings in 2023 once new growth drivers kick in.

Citing the country’s favorable demographics, alongside a huge housing backlog that all existing developers combined can not cover, Haus Talk is bullish on long-term prospects.

“That’s why we are going to invest part of our proceeds in the construction system, building system, so we can really meet the demand,” Maita says.