On Saturday, it will already be Christmas! How fast time flies!

Before anything else, may I offer a prayer for those who were affected by Typhoon “Odette.”

I pray that you are all safe.

For all of you dear readers, I hope that you have nevertheless been enjoying a wonderful Advent and for the non-Christians, a happy holiday season. 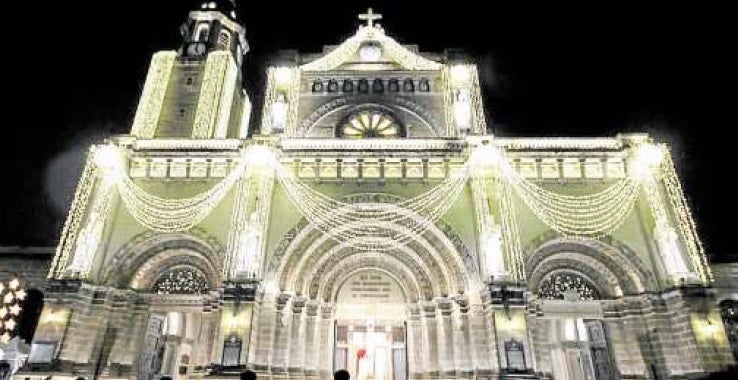 In the Philippines, in the nine days leading up to Christmas, there is the great tradition of “simbang gabi” or dawn mass. It has been so wonderful to see people flocking to churches again, now that 75 percent capacity is allowed. The Manila Cathedral is especially gorgeous. Props to Fr. Reginald Malicdem and Fr. Kali Llamado, its rector and vice rector, for making the country’s premier church illuminating both visually and spiritually!

The Simbang gabi is a tradition brought to the Philippines from Mexico, where it is said to have started in 1587 when Fray Diego de Soria, Convent of San Agustin Acolman prior, asked permission from Pope Sixtus V to hold Christmas masses for the farmers who woke up very early to work, earning as well the nickname of rooster’s mass. In 1668, religious missionaries brought the practice to the Philippines.

It is a beautiful tradition that has really encouraged the festive spirit of Christmas. 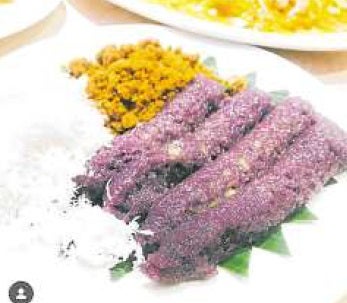 ALL YEAR ROUND Via Mare’s puto bumbong —CONTRIBUTED PHOTO

There is another tradition accompanying Simbang gabi: bibingka and puto bumbong!

This has become associated with Simbang gabi because these delicacies would be awaiting churchgoers after mass!

To this day, there are still puto bumbong and bibingka vendors just outside church and it is still the best place to enjoy these delicacies. Having these at a restaurant is just not the same, although Via Mare does an exemplary job of offering these year round!

Bibingka is a rice cake traditionally cooked over coal in a terracotta oven lined with banana leaves. It looks like a puffed disc and is topped with salted eggs and coconut shavings (niyog), sometimes with cheese, and brushed with butter or margarine. Enjoying this fresh from the stand is the most amazing experience! It is like a warm embrace on a cold winter’s day.

Puto bumbong is also considered a rice cake although it looks more like rice sticks as it is shaped like a pipe. It is made of glutinous rice (malagkit) but of a variety called pirurutong, which is a deep purple color. This is cooked in bamboo tubes greased with coconut oil or butter and steamed then served on banana leaves as a makeshift plate and topped with coconut shavings, muscovado sugar and butter.

You then enjoy these rice cakes with either coffee, hot chocolate (tsokolate) or salabat (ginger tea) but the Christmas air is biased for tsokolate.

In Batangas and Davao, you make tsokolate using tablea or cacao discs that are 100-percent pure cacao. In Bulacan, the tsokolate comes in the form of a paste as it is mixed with peanuts. It almost tastes like drinking Reese’s chocolate.

This is the tsokolate that I grew up with. My grand aunt, Nana Meng, would make this and we would smell the whiff of cacao being roasted in our dirty kitchen in the mornings before the other lolas—Aling Belen, Ka Tage, Ka Leonor, Ka Nena (may they rest in peace)—would deshell them by hand over a bilao (bamboo tray) and grind them with roasted peanuts.

This is cooked by melting it in boiling water, and then adding milk to thicken and sugar to sweeten. You would then beat it to a froth using a batidor (called a batirol in other provinces). This is another great gift passed on from the Mexicans! Christmas is not complete without these three delicacies!

Make sure you have them on your Christmas table on Saturday. Amid the challenges of this year, may you have the fortitude of Joseph, the grace of Mary and the hope of the Baby Jesus, who brought joy to the world even as he was delivered in a stinky manger beside a donkey! May you be filled with this light even as you celebrate in the ruins of the typhoon, reeling from the effects of the pandemic, or in the middle of Manila traffic. From all of us at Inquirer Business, Merry Christmas!