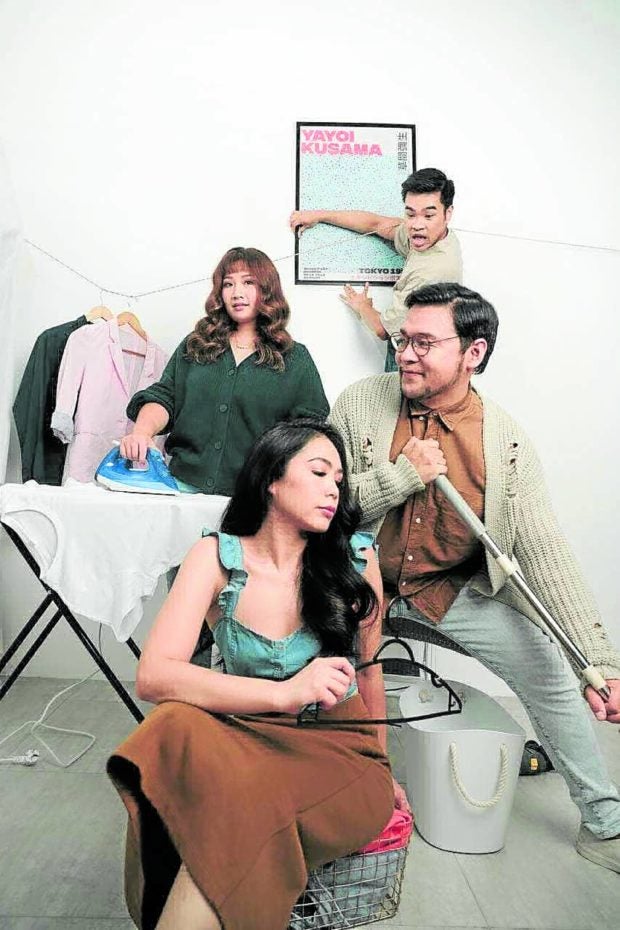 Home Buddies’ Mayora and the tanods

It’s one of the biggest social media phenomenon we’ve seen this pandemic.

At a time when everybody had to stay, study or work at home due to the stringent quarantine restrictions, many turned to “Home Buddies” for some creative inspiration as they DIY their way to a more refined, aesthetic home. Now with some 3 million members, Home Buddies has evolved from a simple Facebook page into your friendly, supportive virtual neighborhood.

Home Buddies founder Frances Lim Cabatuando shared that when she created this page in September last year, it was meant to be a platform to share “inspiration, tips, experiences, finds, and everything in between”. Prior to Home Buddies, this 28-year-old professional already has a somewhat similar Instagram account. You may know her as Miss Nobi, the owner of the condo unit “Nobi Home.”

“I was a first-time solo dweller in 2019, pre-pandemic… If you see Nobi Home [on Instagram], that became my diary. Back then, my account was a nobody. Then people started asking, ‘How did you make that? Where did you buy that?’ again and again,” she shared.

She found that some private discussions needed to be made public—hence, Home Buddies. As the founder and first moderator, she was fated to be the “Mayora” of this virtual barangay.

Cabatuando recalled that the page was a bit self-centric in the beginning as she initially intended to engage people interested in her own sensibilities—Team Kahoy and Team Puti. Eventually, she got so much more in “teams” and stories.

By Holy Week this year, the group already had 100,000 members, which further grew to 300,000 when entrepreneur and television personality Slater Young joined. After Home Buddies was featured in Kapuso Mo, Jessica Soho, the number rose to 500,000 members and continued to rise today.

From serving as a Pinterest board of sorts where you pitched ideas for home improvements, Home Buddies has become a platform for sharing success stories. Eventually, posts began to tackle the question: “How do you achieve your dream home without spending too much?”.

It, thus, became a budol site, where members could find DIY tips, budget hacks, and product reviews. Today you’ll see celebrities and influencers interacting with some of the members, either commenting on posts or making a post themselves.

Others—in fact, most of the members—lurk. Of the millions, a few hundred thousands interact with the posts but up to 95 percent visit and scroll. This writer is a lurker.

Cabatuando also pointed out that socially aware events add to the appeal of Home Buddies. The Monday Market provides a buy-and-sell thread for local businesses.

In response to concerns that DIY tips forego professional advice, Mayora and the “tanods” organized Sigurado Sabado, wherein experts like engineers, architects and lawyers would answer queries from members. Webinars are organized frequently. Freebies and promos are given away too. As prohibitions ease up, Cabatuando promised more mall tours and other onsite events.

The community’s vibe also comes into play, according to Cabatuando. When asked to describe the Home Buddies village, she was quick to say, “Natuwa ako when you said village; sosyal namin. But, no, we are a barangay because it’s very down to earth, we’re very open to anyone, we’re not a gated community.” 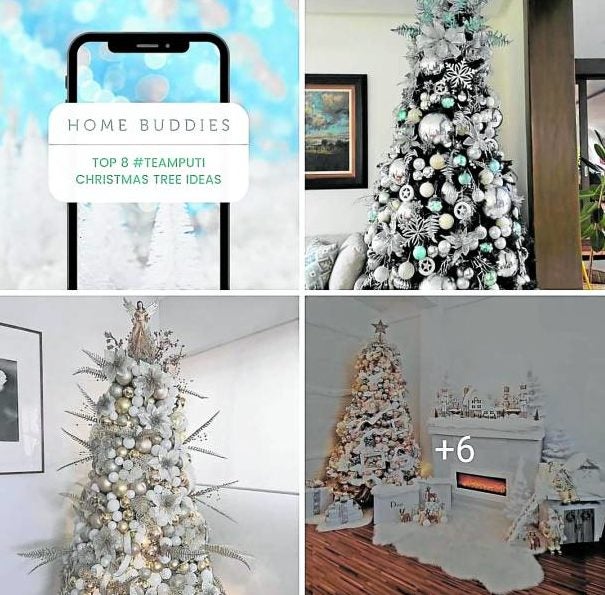 Home Buddies was created initially to serve as a platform to share inspiration, tips, experiences, finds, and everything in between.

Cabatuando and the 15 tanods, a mix of people she knows online and personally, help each other out in beginning discussions and organizing activities. They also police content —a lot of it that, even if they approve or decline up to 3,000 posts a day, 6,000 posts are always pending.

Among those they don’t allow into the discussion page are photos that give away addresses and private information. They monitor potentially controversial or divisive content and kick out what Cabatuando called “a******s,” or per the group rules, “bastos, pilosopo, matapobre at bully.”

They also turn down self-promotion, “content na hindi sa ‘yo,” solicitation, and hate speech, among others. They lead askers with FAQs to relevant threads. Their work is often supplemented by non-tanod tanods, members who message about posts of concern.

Cabatuando is a major draw for the group herself, even if she does not admit it. While she does not come off as stern, she knows that being part of Mayora is protecting “my community.’” For example, when photos are taken by other pages, she would “hunt down the pages and ask, ‘Can you please take it down?’”

Even with brand partnerships, she said: “We don’t just look at the fee for us to host their brand or promo or whatever, we also ask them, ‘What are you giving out?’ We want to generate as much free things or perks for the community… Kaya laging may pa-raffle, para naman ma-experience nating lahat, diba?”

So what’s next for Home Buddies? A lot.

The group is looking at more events, partnerships and programs. Mayora is entertaining content creation in which, say, young people are taught life skills, such as cleaning the grease trap and properly ironing or folding clothes.

As part of the Facebook Community Accelerator program, Home Buddies gets access to resources “to turn impactful ideas into action” and have a lot of space for growth.

“Right now, you are an enthusiasts’ group but there’s a power in communities that changes lives… Hindi lang tayo nagbubudulan here but, as we improve our own homes, we (also) want to improve the lives of other people,” Cabatuando explained.

Whatever the direction will be, Cabatuando sees the community as top priority. She is proud that, at 3 million members, Mayora and the tanods are “still keeping [Home Buddies] as a safe and positive space, one place that they can click on and feel safe and inspired.”

Cabatuando invites more to join: “The first post that I ever wrote in Home Buddies is welcome home, because this is our safe space, not Mayora’s home. When you open yourself up to other people, more will come to you. Just share and blessings will come.”