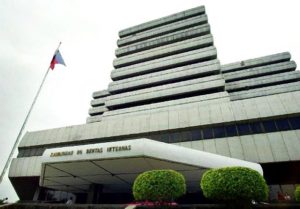 MANILA, Philippines—The Bureau of Internal Revenue (BIR) has turned over to the Senate 23 tax records to assist the blue ribbon committee in investigating possible tax evasion among firms and individuals who allegedly benefited from government procurement of COVID-19 response goods last year.

In a statement on Friday, the BIR said the documents subpoenaed by the committee were delivered to the office of Senate President Tito Sotto last Dec. 1.

Since tax records were confidential, these cannot be made public and could only be discussed in a private executive session, Internal Revenue Commissioner Caesar Dulay told senators as early as the start of the blue ribbon inquiry.

“As long as it is within our powers and jurisdiction as mandated under the Tax Code, we, at the BIR, will cooperate with the Senate in its investigation about the alleged anomalous government procurement deals for the country’s COVID-19 response,” Dulay said on Friday.

For its part, the BIR was already checking and verifying the tax compliance of the 76 taxpayers mentioned in the Commission on Audit (COA) report which flagged the transfer of billions of pesos in the Department of Health’s (DOH) funds to the Department of Budget and Management’s Procurement Service (PS-DBM) so the latter can purchase health and medical response items at the onset of the COVID-19 pandemic.

In particular, Dulay formed a task force led by Deputy Commissioners Arnel Guballa and Marissa Cabreros to keep track of the BIR’s own investigation.

“Just like any other taxpayer who had been subject of our tax audit, we will thoroughly check and verify the tax compliance of these 76 taxpayers and be filing appropriate criminal complaints as warranted against those found to have violated the Tax Code,” Dulay said.

As such, the BIR so far issued 115 letters of authority (LOA) — – an official document that empowers revenue officers to examine and scrutinize taxpayers’ books to determine their correct tax liabilities — to audit the 76 taxpayers in question.