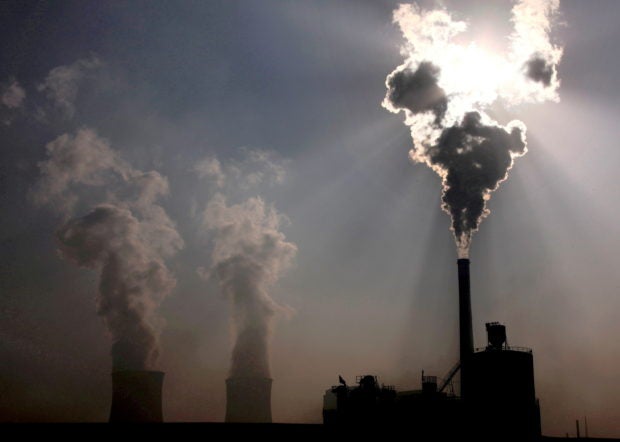 MANILA, Philippines — The Philippines, which lead developing countries vulnerable to climate change, is taking developed nations who have polluted the planet more to task in their climate finance commitments.

“The Philippines intends to be on the forefront of the fight against climate change. While the Philippines only contributes three-tenths of 1 percent to total greenhouse gas emissions, we committed to reducing such emissions by 75 percent over the next decade — this is among the boldest national goals put forward by any country,” Finance Secretary Carlos Dominguez III said during a panel on the sidelines of the Beijing-based Asian Infrastructure Investment Bank’s (AIIB) annual meeting on Wednesday night.

Dominguez will head the Philippines’ 19-person delegation to the 26th session of the United Nations Climate Change Conference of Parties or COP26 next week. He will be the chief negotiator and official representative of President Duterte in the Glasgow meeting.

“The Philippines has been doing its part and is staying true to its commitment to the Paris Agreement. We are not yet a financial powerhouse, but we are determined to punch above our weight class in green and climate finance. In fact, we will showcase in the COP26 meeting our sustainable finance roadmap. We want to show how a developing country like the Philippines can lead in terms of mainstreaming climate change through the financial sector,” Dominguez said.

Last week, the Philippines launched its sustainable finance roadmap and guiding principles to ensure a steady stream of public and private financing for climate change mitigation and its planned shift to a green economy post-pandemic.

In particular, the roadmap initially focused on the upcoming transition to a low-carbon economy. To promote climate financing in the Philippines, the roadmap pushed for the creation of an environment conducive to climate-related finance; mainstreaming of sustainable financial products through incentives, penalties and insurance; as well as development of a sustainable pipeline database for the public and private sectors to monitor targets.

Dominguez told the AIIB panel that the Philippines will also “launch a landmark project that will accelerate our transition from coal to clean energy” at COP26, likely the energy transition mechanism (ETM) to be piloted together with the Manila-based Asian Development Bank (ADB) and Indonesia on Nov. 3.

Through the ETM, the government plans to rehabilitate the decades-old Agus-Pulangi hydropower facilities in Mindanao before retiring the coal-fired plants in the southern island.

Dominguez added that Filipinos would be enjoined to do their share in climate change mitigation through a proposed law to ban single-use plastics, while the government’s panel of experts already identified the country’s top 10 climate-induced risks and came up with solutions and strategies while working on a timetable to implement them during a meeting last week.

“Clearly, the Philippines is moving with urgency. But we have seen very little funding and actions promised by western countries materially. All that has been done is talk without concrete action,” Dominguez said.

“We need the western countries to take responsibility for having contributed and continue to contribute the most to greenhouse gas emissions. They must be given the greater burden of paying for the grants, investments and subsidies needed for the most climate-vulnerable countries to mitigate the effects of global warming. We cannot save the planet without achieving climate justice. We have talked enough about what needs to be done. We must act now in concert and actively reduce emissions in a just and equitable manner,” Dominguez added.