The Department of Agriculture (DA) commodity roadmaps that will have to be ready on or before the Sept. 27 deadline will either be a lasting legacy or a missed opportunity. This depends on whether these roadmaps will contain three recommended features. Despite the support from key DA officials, these features may be excluded because of certain constraints.

There is a risk that what happened before may happen again. Together with consultants and a few private sector meetings, the government completed draft roadmaps and asked for token private sector endorsement. This process did not get a meaningful private sector participation. Thus, the private sector did not feel a sense of ownership, resulting in lack of commitment. The roadmap remained on the shelf with little or no implementation.

The private sector should be harnessed from the beginning, participate in the roadmap content and choice of consultants, and select a leader to become the roadmap cochair with the DA. In addition, he or she should cosign the roadmap, with reservations documented, if any. This signature is critical. It ensures private sector commitment, with their corresponding responsibility and accountability for the roadmap’s success or failure.

In 1987, we were given the task by the Trade and Industry Secretary to pay consultants employed by the previous administration for their completed industry subsector roadmaps. To help ensure that these roadmaps would be used, we required concerned private sector leaders to sign the roadmaps. Most refused. They would sign only if the consultants revised them to be more realistic and practical.

After six months, the majority of the roadmaps were revised. A few consultants were never paid because their roadmaps did not meet the private sector’s requirement. The completed roadmaps were so credible that they were actively used to increase investments from P12 billion to more than P300 billion in three years.

There is a Jan. 25, 2021 DA order that requires a five-year implementation plan as part of the roadmap. However, it might be too broad and general to enable effective quarterly monitoring and adjustments. A key DA official suggested that there be an additional one-year specific implementation plan. Some roadmap teams are doing this.

They are even modifying some short-term plans to be consistent with the roadmap direction. It also gives them the basis for the quarterly monitoring. The one-year implementation plan should be required for all roadmaps. Otherwise, they may remain unused on the shelf, as what happened in the past.

A possible outcome of this implementation team is the creation of a Commodity Board. This was recommended at the Sept. 21 weekly forum of the Management Association of the Philippines–Agribusiness and Countryside Development Foundation (MAP–ABCD).

Rene Pamintuan, president of Bayside Terminal and Transportation Services and Tuko Distributions, presented the table here. (See table) He asked, “Why are we importing P2.35 billion worth of tomatoes and giving these jobs to foreigners when our poor farmers can easily produce these tomatoes? Because we have no tomato plan and no Tomato Board to ensure plan implementation! If other countries do this, what is taking us so long?” 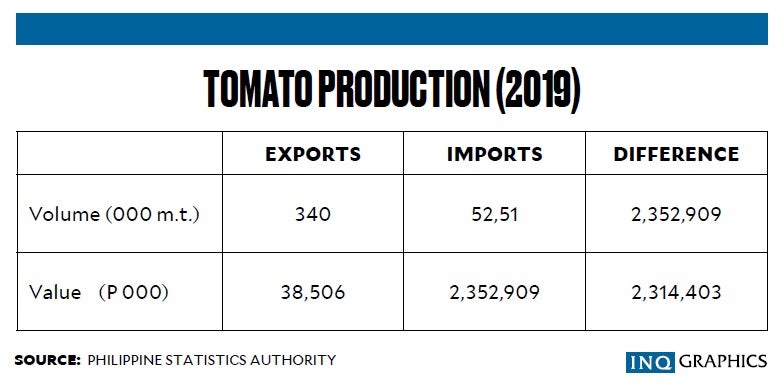 The DA is now doing this. It is imperative that the three identified roadmap features be required before acceptance. If some roadmaps do not have these, they should be rejected and their Sept. 27 deadline extended. Only then can these roadmaps become a lasting legacy, instead of a missed opportunity.

The author is Agriwatch chair, former Secretary of Presidential programs and projects and former undersecretary of DA and DTI. Contact is [email protected]