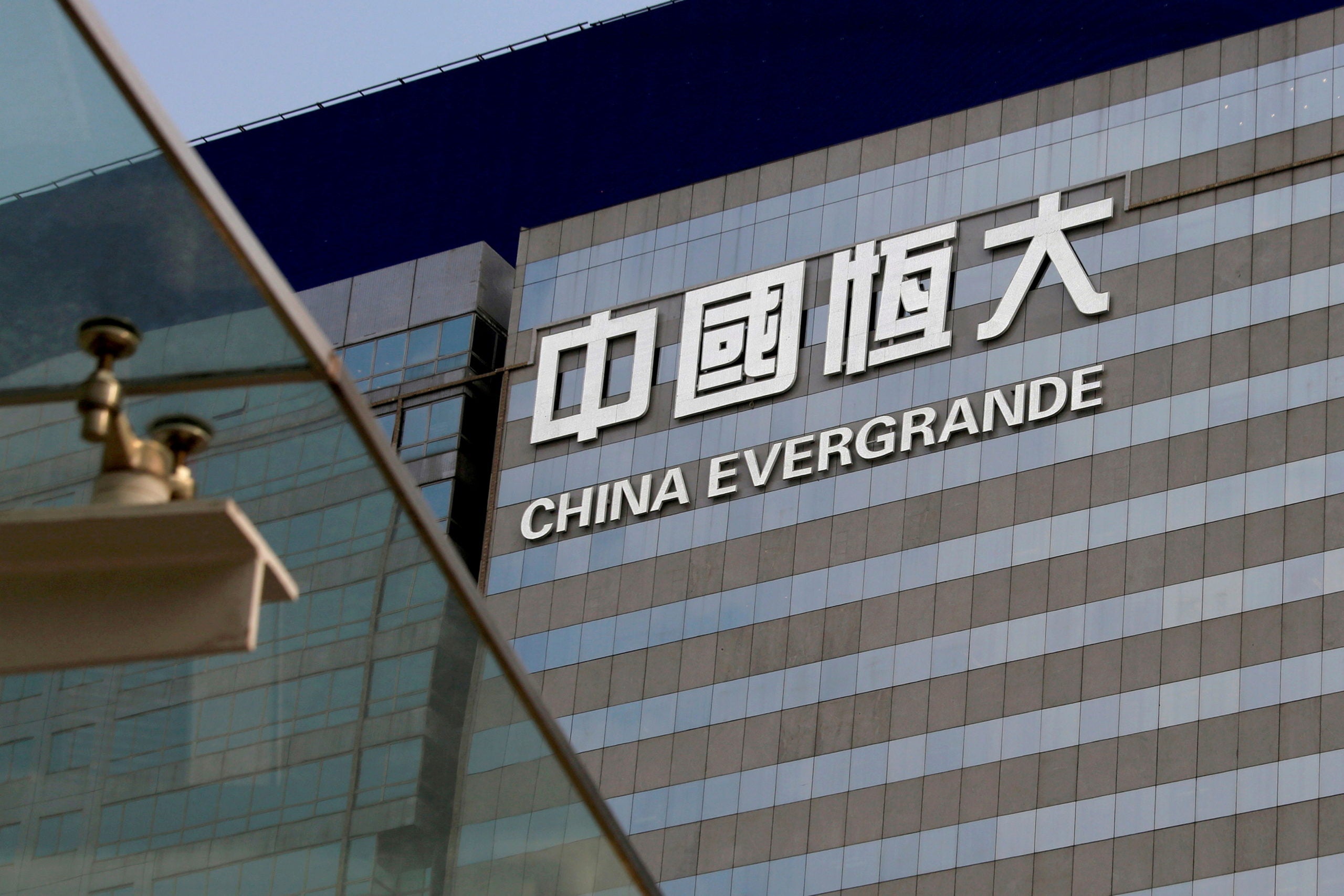 Shenzhen, China — Protesters gathered for a third straight day at the offices of teetering developer Evergrande, after a company offer of property and parking spaces instead of cash repayments angered already upset investors.

The troubled property titan has warned it may not be able to service its colossal debts of more than $300 billion, seeding panic across property buyers, bondholders, and contractors, and fanning fears of a default that could ripple through the world’s second-biggest economy.

Experts say the Hong Kong-listed developer has more than a million units pre-paid but yet to be built, adding to the sense of dread among Chinese investors, many of them first-time buyers trying to get a foot on the runaway Chinese property market.

The company on Tuesday admitted that it is under “tremendous pressure” and may not be able to meet its liabilities.

Around 60 protesters returned to the Shenzhen headquarters on Wednesday, with more expected later in the day to demand their money back from a privately owned firm, whose rapid expansion into 280 Chinese cities once armor-plated its reputation.

They briefly surrounded a man who appeared to be a company representative and chanted “Evergrande, give us our money back”.

They were met by a heavy police presence but refused to disperse, more so after an apparent effort overnight by Evergrande to repay debts with promises of property, parking spaces, and store units soured the mood.

“They offered us shops, kindergartens, and parking units… but we can’t use them. None of us agree to this,” said a woman who gave her surname only as Wang and whose financial company in Chongqing is “not really functioning” because of unpaid debts from the developer.

“They are trying to deal with their bad properties,” another investor told AFP, requesting anonymity.

“(But) these are products they are unable to sell.”

On Wednesday morning a woman sat on the floor in front of the offices crying, while several officers stood guard nearby and shooed away journalists.

Despair is building among unpaid suppliers — some of whom in Shenzhen say they are owed upwards of $1 million — as well as investors, relying on returns to pay off their own loans and staff salaries.

The giant debt mountain helped drive Evergrande’s voracious expansion, which started through the 90s property boom all the way until Beijing moved to trim leveraged growth by introducing “three red lines” in 2020.

But while there are dire warnings about what impact a default by Evergrande would have on the economy, experts say a disorderly implosion was not expected to happen as Beijing would likely step in.

“An Evergrande default could damage consumer confidence if it were to affect households’ deposits for homes that have not yet been completed, but we assume the government would act to protect households’ interests, making this outcome unlikely,” Fitch, the ratings agency, said in a note on Wednesday.

Markets from Hong Kong to New York have so far taken Evergrande’s troubles in their stride, despite months of bad news about the company, including two ratings downgrades and gloomy company statements.