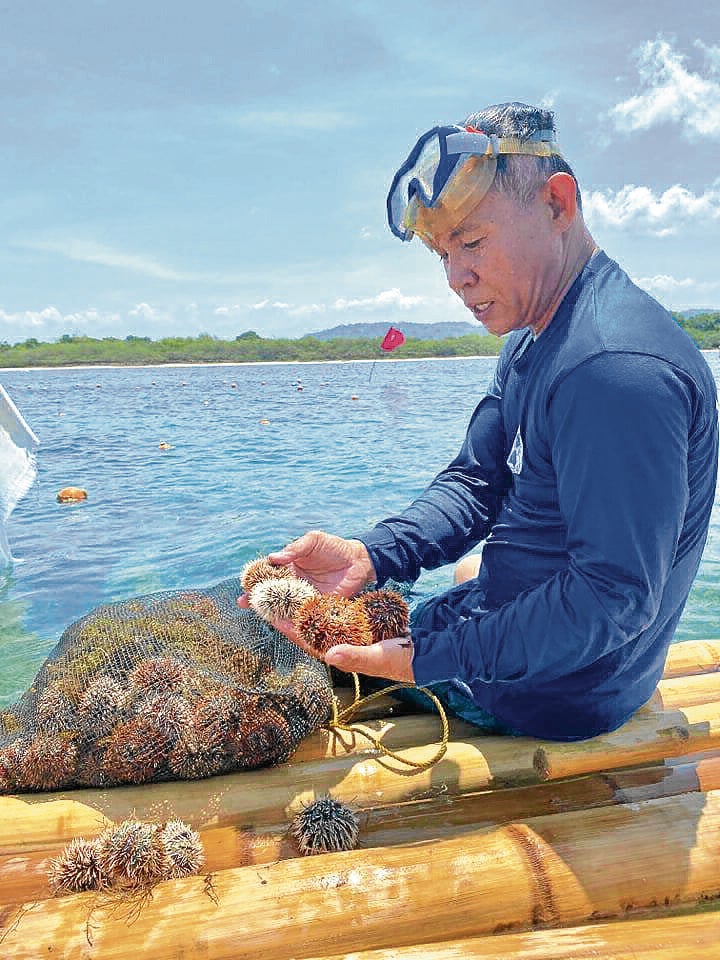 At a time when fishermen face grave threats to their livelihood because of the encroachment of Chinese vessels in Philippine waters, one company paid tribute to the country’s fisherfolk and recognized the gallantry of the men risking life and limb just to provide food to every Filipino household.

For successfully breeding sea urchins in Balaoan, La Union, fisherfolk leader Dante Noces was proclaimed “Kapitan Kress” and hero of the fishing industry, besting hundreds of other contenders for the P50,000 prize money.

Noces was proclaimed grand winner of the Kapitan Kress Bayaning Mangingisda Search 2021 in a scaled down program held last May, which culminated a months-long search conducted by German brand Kress Elektrowerkzeuge.

In partnership with JGO Ventures Corp., the German company’s authorized distributor in the Philippines, Kress launched the search in October last year to recognize the important role fishermen play in the country.

Aside from the prize money, Noces also won a fishing boat worth P50,000, a Kress Nautica engine worth P30,000 and a brand ambassadorship.

Before he received the top prize, Noces also bagged the People’s Choice award for garnering the most video shares and online votes.

“No matter how difficult the circumstances may be, I never lost hope. This has always been my mission so that the fisherfolk would serve their purpose for their families,” Noces said in Filipino.

Leony Gagni from the Office of the Provincial Agriculturist in La Union nominated Noces. She, too, took home prizes—a Honda TMX125 Alpha motorcycle with sidecar, and a Kress generator set.

The competition was open for fishermen not younger than 21 years old, who are residing and working in the Philippines.

All successful nominees underwent a series of intense screenings and interview from jurors, and were judged based on their stories’ relevance, impact and engagement. Part of the final screening jurors was Nazario Briguera, chief information officer of the Bureau of Fisheries and Aquatic Resources, who also graced the awarding ceremonies.

Aside from Noces, the competition also recognized four more fishermen.

Rolando Casipit of Luna, La Union, was proclaimed third runner-up, with a P15,000 prize, while Armando Bibat of Calamba, Laguna, rounded out the Top 5 and took home P10,000.

The four runners-up all received Kress engines on top of their cash prizes.

Because of the successful turnout of the competition’s maiden edition, JGO Ventures vice president Belle Santiago said they will hold a second run for the contest that will begin in September. —CONTRIBUTED