AC Energy goes all in on renewable energy | Inquirer Business

AC Energy goes all in on renewable energy

AC Energy is a fast-expanding corporation on a singular mission: to become the largest publicly listed renewables platform, not just in the Philippines but in the whole of Southeast Asia.

It may seem a far too lofty goal, but not for the 10-year-old energy arm of the Ayala group of companies, which is well on its way to meeting the ambitious objective of having 5,000 MW of renewable capacities in place by 2025, fueled by the region’s continuously growing demand for clean energy.

“AC Energy managed to augment its generation portfolio substantially every year since it began in 2011. The company recognizes the need for a sustainable energy future and is aggressively expanding its renewables presence across the country and the region to lead the renewables revolution in Asia Pacific,” said AC Energy President & CEO Eric Francia.

Indeed, AC Energy has been expanding its reach and scope at breakneck speed.

From 2011 to 2016 alone, AC Energy that started with a team of five people with no prior experience in the power sector, went from zero MW of installed capacity under its belt to 1,000 MW, signaling to the market that it was going to be a serious contender in the energy space.

“These foundational years successfully established the platform, got us to an adequate scale and profitability,” Francia said.

“AC Energy’s key strategy was hinged on partnerships – we worked with developers and industry partners who already had the projects, and complemented this with Ayala’s balance sheet, brand and reputation, and management expertise,” he added.

Then from 2016 to 2019, with more experience and proof that it was on the right track, AC Energy pivoted outside of the Philippines and into the region, investing in renewable energy projects to take advantage of the declining cost of deployment, increase in efficiencies and the narrowing cost gap with the traditional fossil fuel-based power plants.

This allowed AC Energy to make the decision to divest its coal plants – which accounted for 90 percent of its business – and use the proceeds to support its rapid expansion into the renewable energy space.

“Given the combination of an expanded market across multiple geographies and the perspective that renewable energy is the way of the future, we made the strategic pivot to go regional and focus on scaling up our renewable investments,” Francia said.

The further transformation of AC Energy began in 2019, when it restructured its operations to prepare it for the next stage of growth. Since then it has acquired listed company Phinma Energy and the decision was made to transform this into AC Energy Corporation – or commonly known as its ticker symbol ACEN – and become the Ayala group’s main platform for its energy business.

This year, AC Energy completed the infusion of its international assets, which will bring it nearly halfway to its goal of reaching 5,000 MW of renewables capacity by 2025, making it the largest listed renewables platform in Southeast Asia.

Already, it has 2,600 MW of attributable capacity in the Philippines, Vietnam, Indonesia, India and Australia. The company’s renewable share of capacity is already at 80 percent, among the highest in the region. 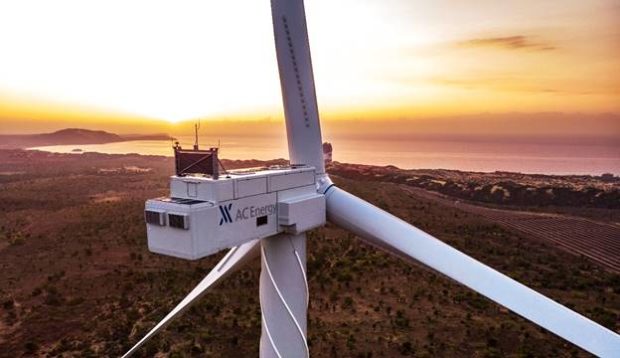 It did not even let the devastating COVID-19 pandemic slow it down as it is bent on playing a leading role in the country’s and the region’s green-led recovery. In the process, it created over 7,000 new jobs here and abroad. These include permanent employees, indirect hires and project construction job takers.

In 2021, it began operations of the two new solar plants, the 120 MW GigaSol Alaminos and 63 MW GigaSol Palauig; broke ground on the 72 MW Arayat-Mexico solar farm and is gearing up to develop the country’s largest wind farm, the 160 MW GigaWind Pagudpud. 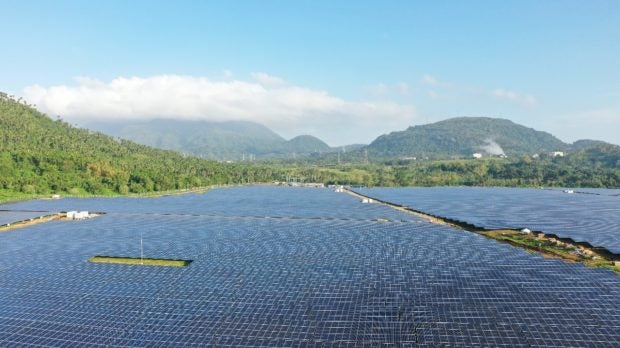 “The energy transition is upon us, with renewables playing a leading role. That said, to address its intermittent nature, renewables needs to be complemented by enabling technologies such as quick response gas plants in the near term, and energy storage in the medium to long term. The transition will not happen overnight, and we cannot simply switch off all the carbon-emitting power plants. An orderly transition requires a long-term road map, but we have already started this important journey towards a carbon-free world,” Francia said.

Read Next
LBC pulls out all the stops to make the workplace COVID-resilient
EDITORS' PICK
House energy committee chair Arroyo bats for cheap electricity
Lawmakers eyeing more changes in Maharlika plan
Shop smarter with vivo’s big 12.12 holiday deals
How not to retire as an ex-president
Hidilyn Diaz wins only gold missing from her collection
The vivo Y02 is now available in the Philippines for only PHP 5,299
MOST READ
Jovit Baldivino, ‘Pilipinas Got Talent’ winner, dies at 29
Singers, fellow colleagues pay tribute to Jovit Baldivino: ‘Isang kapatid sa pag-awit’
LPA enters PAR, to likely strengthen into tropical depression in coming days – Pagasa
Andi Eigenmann, family in Manila for a quick visit; Ellie dines with grandma Jaclyn Jose
Don't miss out on the latest news and information.