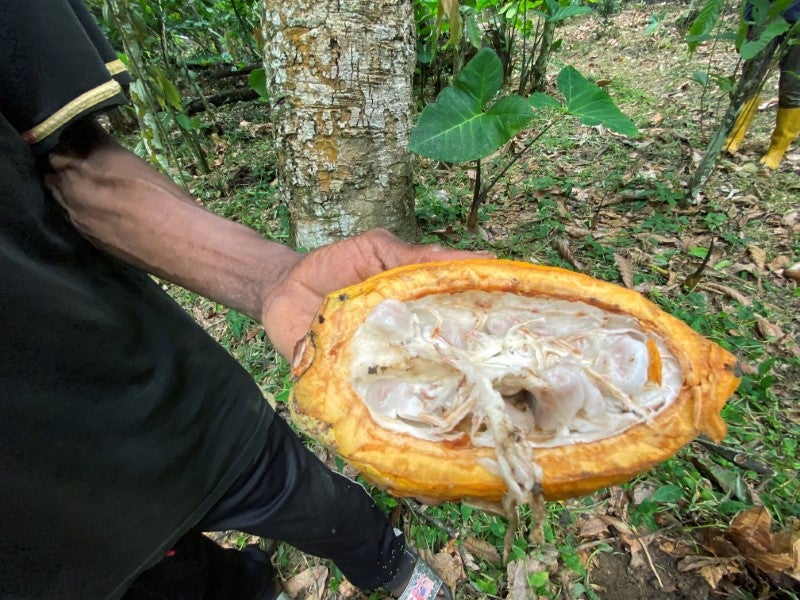 Nkengué, Cameroon — For more than six decades, the cocoa that Richard Ambassa Mbassiga harvested from his plantation in central Cameroon paid for everything his family needed.

Irregular rains and prolonged dry seasons have since sucked the moisture from the soil, killed cocoa trees, and cut the yield from his farm.

Now, unable to fill even a single 50 kg bag of beans compared with the eight he regularly used to produce, Mbassiga, 77, is struggling to buy basic necessities with a harvest that once put his children through school.

“Everything has dried up,” he said. “This was once an exemplary plantation, but I’ve lost three hectares to the drought. How am I going to live with my family?”

Changing weather patterns, partly linked to global warming, have made poor harvests a new reality for many cocoa farmers.

That’s a big problem for Cameroon, Africa’s third-largest cocoa producer behind Ivory Coast and Ghana, as the crop generated more than 15% of its export revenues in 2019.

The country faces a battle to meet its long-term target to boost cocoa output to over 300,000 tonnes annually, said Raymond Adengoyo, who is leading a national study on the impact of climate change on cocoa farming.

“We struggle to reach 250,000 tons,” Adengoyo said. “Normally a hectare could produce a tonne of cocoa if well managed, but farmers are struggling to reach even 500 kg.”.

The number of cocoa beans delivered to Cameroon’s main port of Douala in the 2019/2020 season fell 2.7% from the season before. Data for this season hasn’t been released. 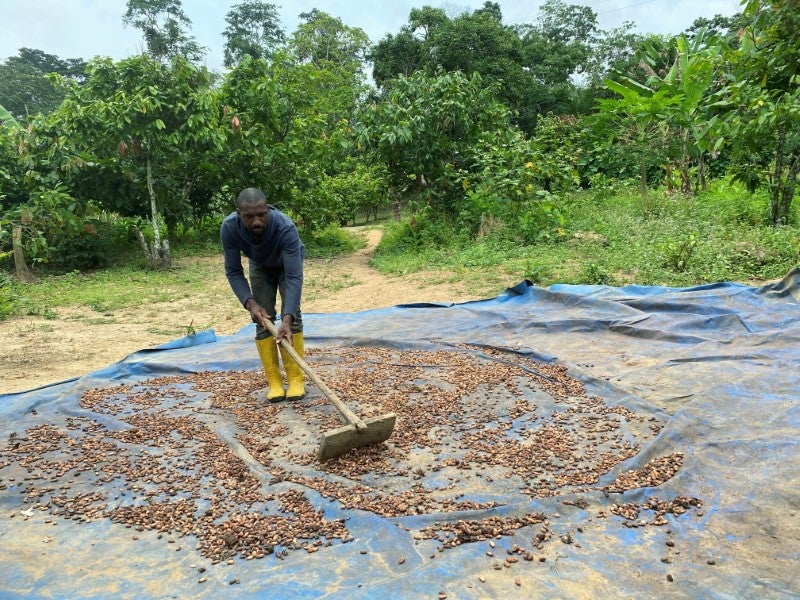 The United Nation’s Intergovernmental Panel on Climate Change warned in a 2014 report that if global carbon emissions continued to rise, entire cocoa economies could be devastated.

Cocoa trees thrive in humid, equatorial areas that experience predictable bouts of sunshine and heavy rain, like West and Central Africa, where about 70% of the world’s beans, the main ingredient for chocolate, currently come from.

If carbon emissions aren’t curbed, scientists expect temperatures in cocoa-producing countries to rise by 3.8 degrees Fahrenheit on average, drying up the moisture needed for trees to flourish and damaging cocoa production, the U.N. report said.

Janvier Atangana, who used to grow cocoa in the same region as Mbassiga, gave up in favor of tomatoes, hoping they will fare better in the changing climate.

“As the cocoa did not produce, I have to find another activity,” he said. “I have to send my kids to school, look after my family. Life is hard.”

Adengoyo said farmers would have to adapt to changing weather patterns by keeping crops under close observation and working more in cooperatives to reduce costs.

“The individual cocoa farming approach can no longer survive in the long-term,” he predicted.

Read Next
San Miguel pours P5B into Bank of Commerce
EDITORS' PICK
Isko Moreno bares ‘two-pronged’ approach to rehabilitate MSMEs
What’s at stake for every fighter at ONE: NextGen
Legarda emphasizes role of ICC/IPs in nation building this IP month
‘Flattered’ Pacquiao to push through with presidential bid after being eyed as VP
Gordon calls 2 Pharmally execs ‘Senate fugitives’ after no-show in probe
Climate Change Commission and Nestlé PH to discover sustainability-focused solutions
MOST READ
Drivers with no traffic violations can now renew licenses for 10 years
Yang’s Princeton degree raises eyebrows among senators
Gordon to Duterte: You? Teaching me courtesy?
LJ Reyes says Paolo Contis made ‘no efforts’ to talk to her after their split
Don't miss out on the latest news and information.