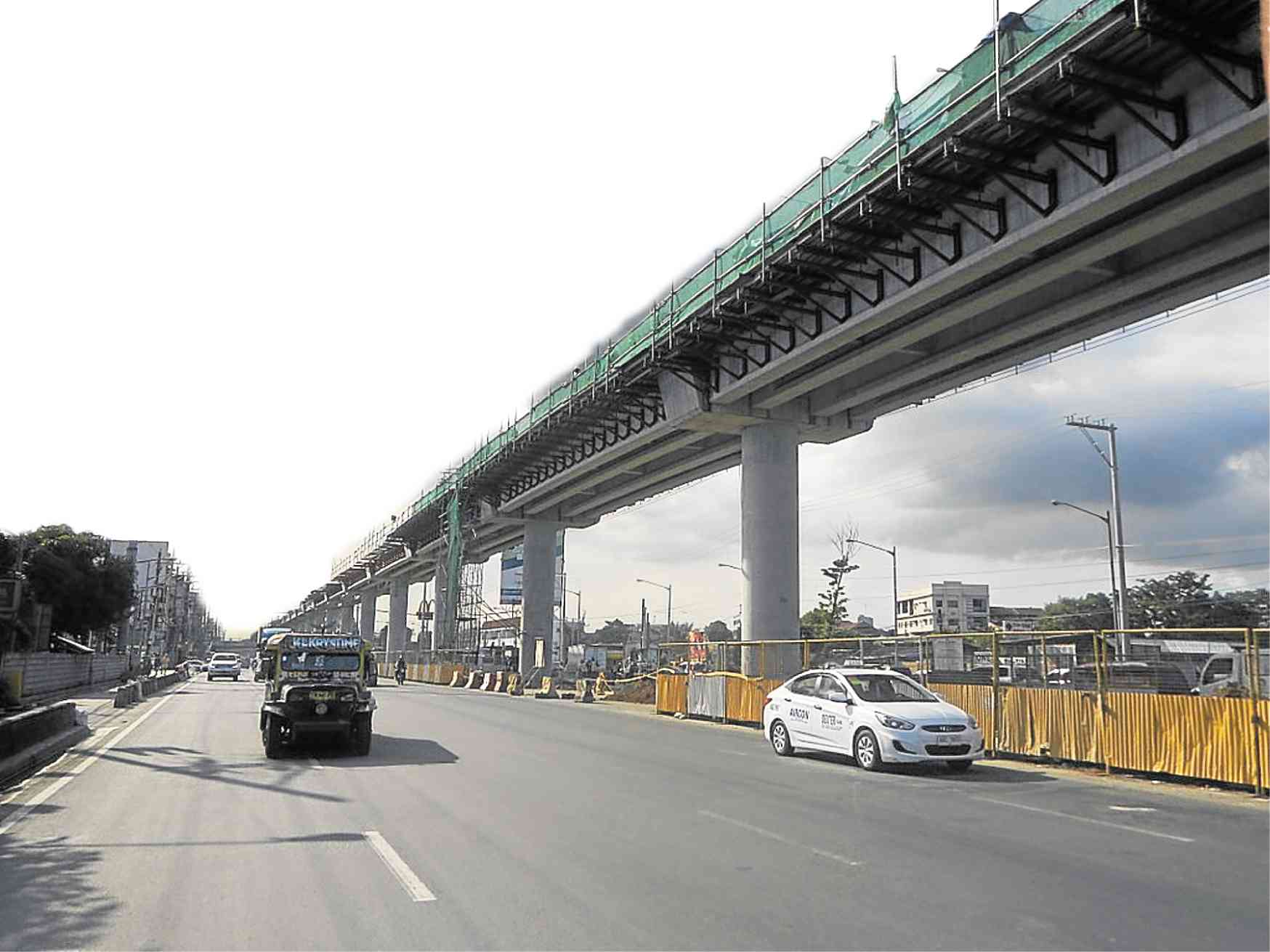 File photo of the extension of LRT-2 when it was still under construction. This line is connecting the province of Rizal directly to the city of Manila. FILE PHOTO

The project will extend the 13.8-kilometer LRT-2 that runs from Recto, Manila to Santolan in Pasig City by another 4-km to Masinag in Antipolo City, Rizal.

It will also have two new stations: the Marikina Station and Antipolo Station.

During the inaugural ceremonies, Duterte announced the government will waive train fares for a period of two weeks, although ridership figures remain depressed due to COVID-19 capacity restrictions.

Before the pandemic arrived last year, Tugade said up to 40 percent of LRT-2’s riders were students from the so-called university district in Claro M. Recto.

The Department of Transportation estimated that the LRT-2 East Extension would cut travel time between Manila and Antipolo from the previous three hours by bus or jeepney to 40 minutes.

Reynaldo Berroya, administrator of the Light Rail Transit Authority, said the project was conceived under a study by the Japan International Cooperation Agency over a decade ago.

He said the East Extension was formally approved by the National Economic and Development Authority during the Aquino government in 2012 and a groundbreaking ceremony was held in 2015.

Berroya said another groundbreaking event was held in 2017 after the Duterte administration took over the prior year.