Ushering progress, connecting communities one road at a time 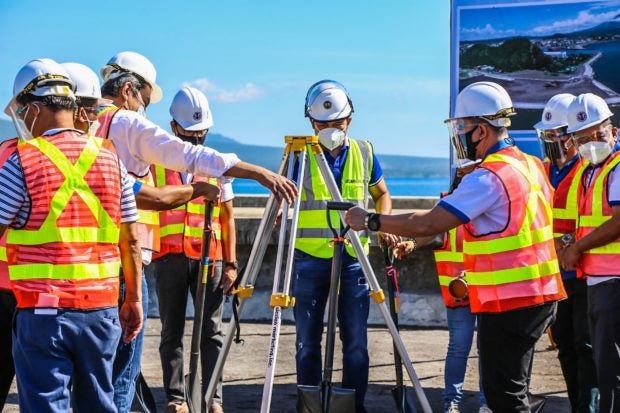 Villar at the opening of the Camalig Bypass Road

By a certain measure, the Department of Public Works and Highways has done an impressive, stellar job. The numbers, after all, can easily speak for themselves.

According to Public Works Secretary Mark A. Villar, a whopping P2.54 trillion were spent from 2016 to 2020 to construct, maintain and/or rehabilitate 26,494 kilometers of roads, 10,376 flood mitigation structures, 5,555 bridges, 144,925 classrooms, 2,036 school workshop buildings and other school facilities, and 187 evacuation centers.

“(Our infrastructure spending) is easily three times of what has been spent during a similar time period in previous years. This is easily the largest number of projects implemented in the history of the country by far,” Villar said in an interview with the Inquirer.

And it is indeed quite exceptional. Villar presented a comprehensive round up of the agency’s accomplishments over the last five years under the administration’s flagship “Build, Build, Build” initiative, which sought to usher in a golden age of infrastructure for the Philippines.

But there is a far greater reason—beyond the mouthful of numbers and recognitions—behind Villar’s aggressive push to roll out more infrastructure projects across the country.

Even before, Villar—who is concurrently the Build, Build, Build Chief—has acknowledged the significant contribution of infrastructure to the economy and to every Filipino, whose lives can be essentially improved and uplifted by infrastructure. This is also the reason why despite the tirades, criticisms and the challenges that come with the job, Villar has remained unfazed. 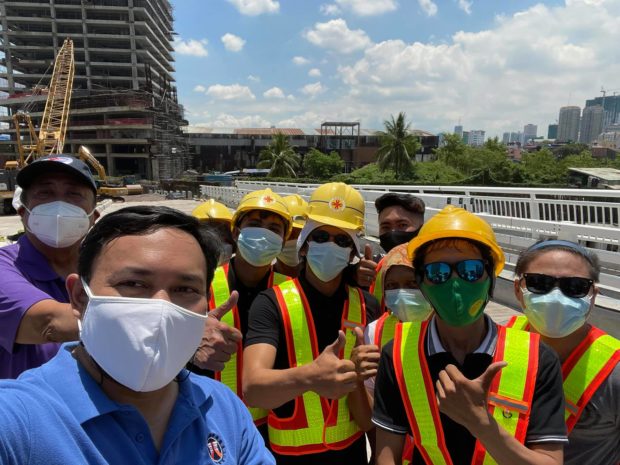 According to Villar, infrastructure projects under the Build, Build, Build initiative have given jobs to 6.57 million Filipinos, and have so far connected 81 provinces, 146 cities and 1,489 municipalities across the country, helping pump-prime the economy by stimulating short-term growth through job generation, and long-term growth by increasing the capacity of roads, ports and airports.

The government’s well-planned, sustainable and integrated infrastructure development has also started to decongest the capital region and the highly urbanized areas, and has since promoted and spread inclusive growth outside city centers and into more towns and tertiary cities.

In fact, even the COVID-19 pandemic did little to dampen Villar’s resolve.

“The pandemic was huge challenge for us but we were able to come up with (health and safety) protocols for construction sites which we continue to adopt—social distancing, wearing of proper protective equipment and face masks, access to medical care and regular symptom checks. With these guidelines, we’re able to implement the projects. Despite the pandemic, we pushed to have these projects finished because one, we need the jobs and two, we also need to deliver on the promise we’ve given when we started in this administration,” Villar explained.

Villar, who is also the Chief Isolation Czar, shared one proud accomplishment amid a still-raging pandemic: “We were able to build (facilities with a total of) 27,000-bed capacity to augment the existing COVID-19 facilities—that’s another contribution of the DPWH not only to BBB but also in the government’s COVID-19 pandemic response.”

For this year alone, several projects will be opened to the public. The P5.72 billion BGC-Ortigas Center Link was opened last June 12, to be followed by the P1.46 billion Estrella-Pantaleon Bridge. In September, the DPWH targets to open the P3.39 billion Binondo-Intramuros Bridge. 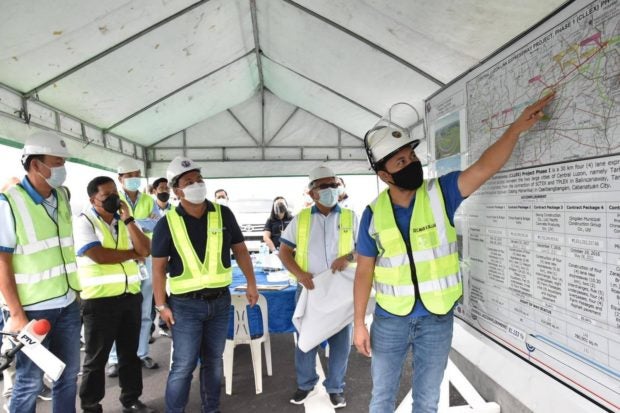 Villar checks on the progress of CLLEx, which is expected to open by July.

By July, the DPWH will also open the P14.94-billion Central Luzon Link Expressway, a 30-km road that will cut travel time between Tarlac City and Cabanatuan City to a mere 20 minutes. CLLEx forms part of the much bigger 1,101-km Luzon Spine Expressway Network Program, which targets to reduce travel time between Ilocos and Bicol to just nine hours.

Despite such an exceptional “report card,” it seems that Villar is raring to do more.

“I’m very happy and proud of the organization, that we were able to accomplish such difficult tasks during challenging times. But we’re not done yet. We want to finish strong. We still have time and we’ll make sure that in this last (stretch) of the administration, we’re going to pull out all the stops and pour in all our efforts to ensure that the accomplishments under the BBB will be exceptional at the end of this administration,” Villar concluded.